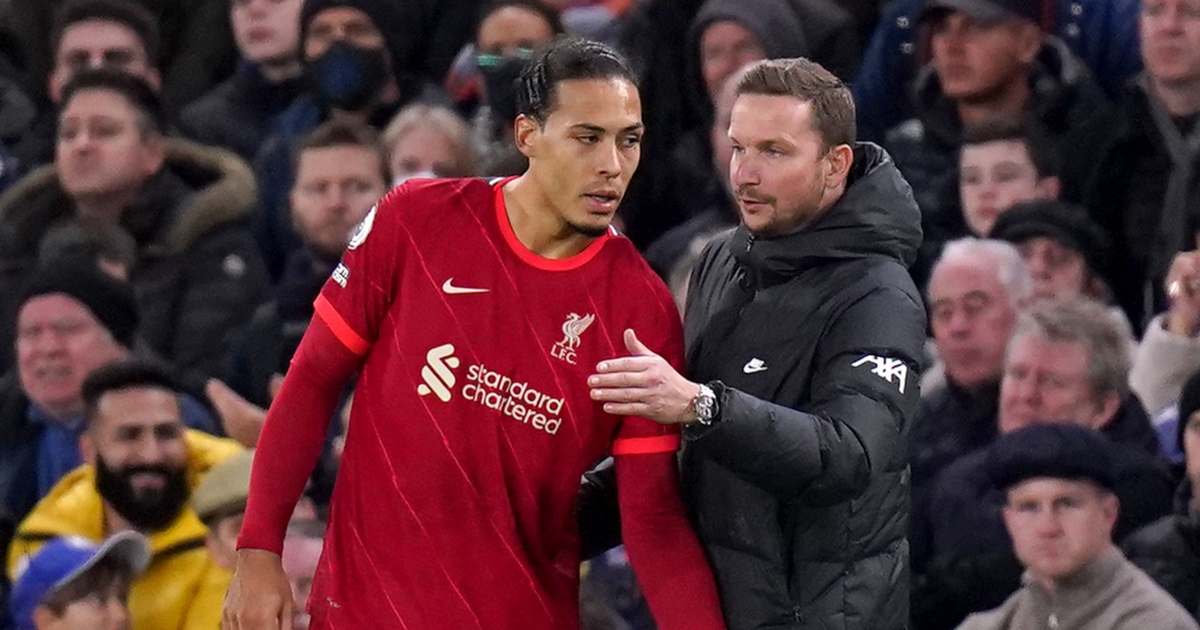 The Reds’ 2-2 draw against Chelsea handed the current champions a huge boost in their bid to retain the title, with neither side making any substantial ground on Pep Guardiola’s men.

City are ten points ahead of the Blues in second and have won 11 league matches in a row.

He told Sky Sports (quotes via Liverpool Echo): “It’s never difficult to believe. It’s a big gap. They [Man City] have the title to lose at the moment, but anything can happen still.

“Unfortunately we’ve been there and we had a gap out in front, and we gave it away.

First game of 2022 and it was an intense one. Points shared tonight. We will keep going. Good luck to our African players at AFCON, make us proud! 💪🏽 pic.twitter.com/Rro0Rv1qsX

“Anything is possible. We will focus on ourselves, Chelsea will focus on themselves. We just have to get results. Get results, play good football, win games.

The Holland defender was criticised for his role in Chelsea’s equaliser after he did not close down Christian Pulisic who scored past Caoimhin Kelleher in first-half stoppage time.

Speaking at half-time on Sky Sports, Liverpool legend Graeme Souness said: “Why has van Dijk not come across there?

Elsewhere, Arsenal are “close” to signing Real Sociedad striker Alexander Isak, according to reports in Spain.

The Sweden international has impressed in La Liga since leaving Borussia Dortmund in 2019. He scored 17 league goals in 34 appearances last term.

El Nacional claim Isak is “loved” by Arsenal who are “close” to signing the 22-year-old as they eye up replacements for Alexandre Lacazette and Pierre-Emerick Aubameyang.