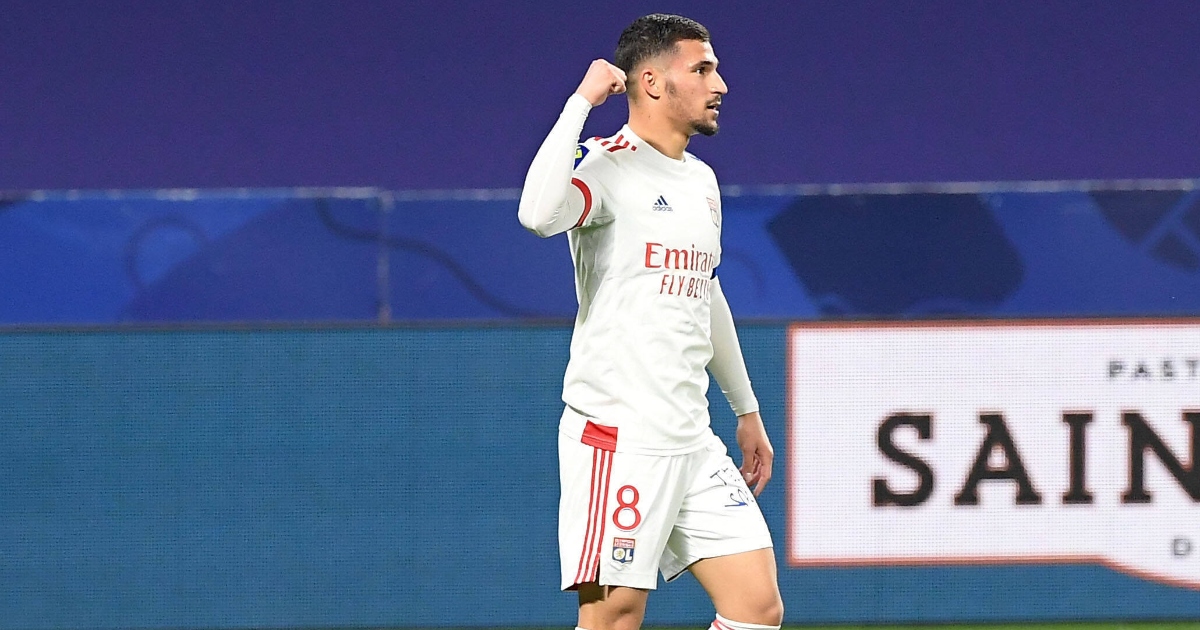 Lyon star Houssem Aouar is holding out for a move to Arsenal this summer despite the Premier League club’s interest in Leicester City playmaker James Maddison.

The Frenchman has been linked with a move to the Emirates since last year, with his price significantly dropping to around €25million this transfer window.

The Gunners have turned their interest to Maddison, having a players-plus-cash offer rejected by the Foxes this week.

Furthermore, it was reported last month that Arsenal “put an end to talks” for Aouar.

The 23-year-old impressed in Ligue 1 last season, recording seven goals and three assists from his 30 outings as Lyon finished fourth.

According to SunSport, Aouar still wants a move to north London and his representatives are surprised by Arsenal’s efforts to sign Maddison.

The Lyon midfielder would cost significantly less than Maddison as the French outfit are keen to offload their star player to build up some funds.

Aouar’s current contract at the Groupama Stadium expires in 2023.

Elsewhere, Arsenal could look to broker a double deal for Sheffield United pair Sander Berge and Aaron Ramsdale, according to reports.

Arteta wants to provide Bernd Leno with some proper competition this season and there has been strong speculation that Ramsdale is their top target.

Sheffield United had a terrible season last term as they finished bottom of the Premier League on 23 points but, despite that, Ramsdale won the Player of the Year award after producing a number of brilliant displays, especially towards the end of the campaign.

That has led to interest from Arsenal, who have already seen a £30m bid turned down for the former Bournemouth stopper, with the Blades holding out for £40m.

And now the Sheffield Star claim that the Gunners could look to put pressure on Sheffield United and ‘attempt to negotiate a double deal’ for Ramsdale and Berge.

It has been reported in the past that Arsenal were keen on pursuing a deal for Berge – who has been valued at £35m – but their interest has cooled in recent months.

However, the Star now reports that north London club could now ‘resurrect their interest in the midfielder’ with the Norway international ‘thought to be back on Arsenal’s radar’.