Home All The News Ardilles rips into Argentina, tells Otamendi to apologise 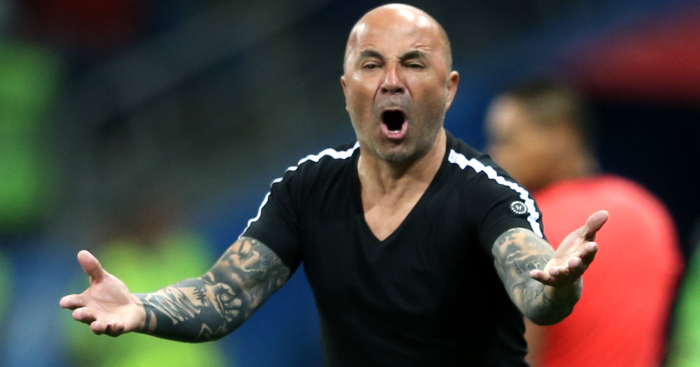 Ardiles, who helped Argentina win the World Cup in 1978, took aim at the players, coach Jorge Sampaoli and the Argentinian Football Association in the wake of Thursday’s 3-0 loss in Nizhny Novgorod.

He also claimed the “prestige” earned by past Argentinian sides had been tossed away and that the team’s decline since the last World Cup – when they finished runners-up – had been disguised only because of the “unrivalled genius” of Lionel Messi.

Thursday’s thumping by Croatia, combined with a 1-1 draw against Iceland in their opening match, means Argentina no longer have their destiny in their own hands and could be knocked out at the group stage for only the second time in 56 years.

Argentina’s struggles in Russia come after a poor qualifying campaign which almost saw them miss out on the finals altogether, with a 3-1 win over Ecuador in their last qualifier saving them.

It is a situation Ardiles finds hard to stomach and he vented his anger in a six-part tirade on social media.

The former Tottenham midfielder begins by saying “From world champion to being the worst national team in Argentina history. Where to begin?”

Ardiles then criticises the AFA, which made three coaching changes in a year as La Albiceleste struggled during qualifying, before turning his ire to Sampaoli, who he reserved his most stinging criticism for.

The 65-year-old said of the former Chile and Sevilla boss: “Sampaoli: Dreadful. Finished his cycle insulting the Croatian players. Arrogant, ignorant. Even having the best player in the world was not capable of creating a competitive team. Never the same 11 during his tenure.”

Ardiles also blasted the team’s tactics, adding: “Plan A of Sampaoli. Give the ball to Messi and wait for a miracle. If Plan A doesn’t work, Plan B. Errr. There is no plan B. Let alone plan C or D. Defensively: Make fouls. Wherever it is and regardless of the circumstances, or the consequences.”

The players did not escape Ardiles’ anger either, the ex-midfielder saying: “To be playing outside of Argentina does not mean they are elite players. Many of them were not even starters in their own teams.”

He added: “The prestige acquired over the years especially by the two world champion teams thrown overboard.

“Embarrassing also the “bullying” of our most experienced players: Mascherano, Otamendi. The incident with Rakitic. Please Otamendi: Apologise.”

Ardiles finished off in his final point by highlighting the contribution made by Messi, while pointing out that even the Barcelona superstar was unable to solve the national team’s problems.

He said “All the Argentinian decline of recent times was hidden by this unrivalled genius who we are lucky was born in Argentina. But even for him it was too much at the end of the day. Leo: Many thanks for everything. And good luck in your future.”