Home Mailbox Are Arsenal fans at the ‘hoping we lose’ stage yet? 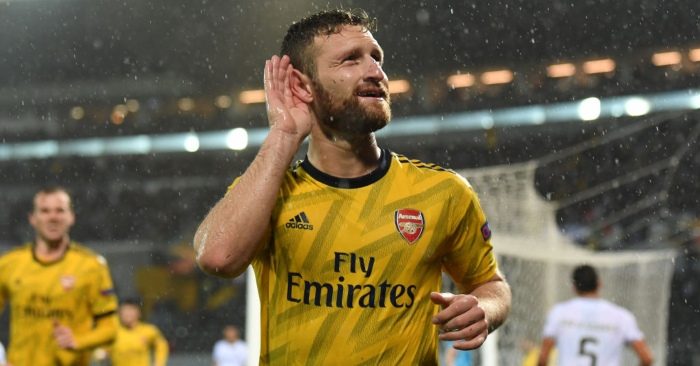 Thanks for mails. You are wonderful. Though clearly uninterested in Tottenham or Manchester City. Mail theeditor@football365.com

Praying for embarrassment at Leicester
Seeing the game yesterday it is very obvious to me and the world that Emery has lost the dressing room (I still think that’s an odd phrase but I’ll go with it).

This weekend we have Leicester. Call me a traitor but I’m now hoping we get completely destroyed by them. We should have got Rogers ourselves and he’ll be wanting to make that point so I can see it happening. With any normal club it would be the final straw. But this is Arsenal so I’ve no idea.

I love Arsenal but this has got to stop. We’ve got an amazing squad of players. It’s just so frustrating to watch. Surely someone out there can make them click?! It certainly ain’t Emery.
JazGooner

Goal music? F*** off
Last night I chose to watch Real Madrid against Galatasaray, which after 3-0 I turned off, Madrid’s goal music they played after each goal was so irritating, which brings me to this question, which team has the worst goal music and should we ban it?
Mikey, CFC

Give Frank time
I think the ‘Frank the new Fergie’ thing probably comes from the same journalists and opinion writers who view Chelsea fans as entitled rich racist little pricks. That image must come from Roman’s early years at the club, where a significant portion of the Chelsea faithful saw Abramovitch’s millions and said “yeah, we’ll win the lot, thanks”, coupled with John Terry’s less than savoury character. It was easy then for people to lump together all of Chelsea, the club and the fans, as the perfect villains. And that included a sense of entitlement, you could almost equate it to white male privilege in our new woke world.

But the truth is that Chelsea was never about that. I will not deny there is an element of our support that comes from wealthy, white, London suburbs, and that we do have our share of racists, but that does not define the club, just like it does not define any other club, yes included Millwall and West Ham.

Just like Chelsea the club is doing outstanding work in the community (look it up), Chelsea fans are the same fans that have supported the club through thick and thin over the decades. Fans who do not expect constant and uninterrupted success, but like to be entertained, to have characters on the pitch and a team that plays with passion and loves to stick it up the big teams when they swagger into town.

The typical Chelsea fan is also loving the return of Frank Lampard and the fact that it has not been an unmitigated disaster. Of course it is not perfect and yes, he does need to work on the defence. He’s been in the job less than 6 months so give him a break. He is clearly intelligent enough to recognise that, he is also intelligent enough to know that the team needs to enjoy their football and that games are won also by scoring goals, having a solid midfield, being able to dominate and dictate tempo especially against teams that will shut up shop, so that aspect of the game has to be there too. Any top-level manager, whether it be Mourinho, Fergie, Conte, Allegri, Klopp, Guardiola and the rest know that you can’t solve every problem all at once. Given a group of players, you assess strengths and weaknesses and try to win games based on your strengths while gradually eliminating the weaknesses. So it’s not a given that you sort out the defence first, it depends on who you have and Lampard has clearly decided that he already has the basis for good attacking play so he’ll use that to get results while he has a think and looks at changing and improving the defence over time.

Don’t forget that there was a transfer ban so it’s not like Lampard was able to buy whoever he wanted. In fact, I believe it was a blessing in disguise as he probably wouldn’t have known who to get rid of and who to keep. After a whole year, he’ll have a better idea. In the meantime, he’s doing a fine job and us Chelsea fans (I know I can’t speak for every Chelsea fans, but what I’ve heard among my peers) are loving the current time right now. We’re in the Champions League, doing well in it, we’re in the league, doing well in it too. Frank is doing well, is learning too and getting experience, which is exactly what he needs. He knows it too, you can tell. He’s the right man in the right place at the right time. What more do you want?
Mike the Chelsea Blue

Mounting challenges
Am I the only one that isn’t convinced by Mason Mount? If he isn’t scoring, what does he provide? Yes he has great energy, is useful in the high press, and he does have a very good shot off either foot, but he doesn’t beat his man too often and doesn’t find that incisive defence-splitting pass either.

That’s more than I can say for Alonso – he was only good in Conte’s system. He needs to go – maybe Emery is looking for another “bargain”. I’d rather play Azpi on the left and bring in the exciting James on the right (if Emerson isn’t fit).
Ed (CFC)

Yes, Liverpool are outstanding
I really don’t understand why Gaz and other Liverpool fans have a chip on their shoulders.

Liverpool are the best team in the Premiership at present and personally I would be happy to back that up and have a rational conversation with Liverpool fans in respect of that if they didn’t ram it down my throat 24/7.

I’m an Arsenal fan and my club is not a rival to Liverpool at the moment so why do all the Liverpool fans I know lay into me about our results ?

You really want to know why we hope you don’t win the Premiership?
Chris, Croydon

…but they’re not unbeaten
I’m sure I won’t be the first to say ‘Napoli’ to Gaz ‘Liverpool, who are also unbeaten in all competitions this season’.

Liverpool are having a great season on the back of an amazing one, but let’s not have that reality distortion field go into overdrive, shall we?

Also, a word on your CL early loser Conte. It’s certainly not the first time he’s thrown his toys out of the pram. Back when he left Juventus, he had famously said “you can’t go to a 100-Euro restaurant with 10 Euros in your pocket” and “you can’t build a skyscraper with a spade and bucket”. And he’s got previous issues with managing player rotation. His first Serie A title with Juve was helped by not having any European fixtures, and in his third, his dependence on a core 11 and refusal to rest them for any league matches saw not only elimination from Champions’ league group stages, but also semifinal exit in the Europa League when the final was being held in their own stadium. The league was in the bag but he ran his players into the ground in Serie A to smash the points record at the expense of a posible Serie A-Europa League double (though to be fair bagging 102 points was an incredible achievement).

I’ll always be grateful to him for kickstarting Juve’s modern era of dominance, but he’s still a couple of tricks short of being one of the best managers in the world.
James, Switzerland

The view from below
Bit late to the party, but whilst the Blades were humping Burnley at the weekend, I found myself at Notts County watching a very enjoyable 2-2 draw, with County coming from two goals down to snatch a point. Just wanted to give a shout out to the 5,200 fans who turned up, especially the 792 Monkeyhangers who made the trip down from Hartlepool. Both sets of fans were thoroughly involved and made it a great atmosphere – much better than some games I’ve attended at a “higher” level. The quality of play wasn’t brilliant, but it was no worse than the Super Sunday attempt served up by Everton and Spurs on Sunday, and at least there was no Richarlison type rolling around, mortally wounded when someone brushed his shirt. Both teams had their good spells and overall it was a fair result. And all for £20 per ticket. The Speckled Hen, Balti pies and mushy peas were also excellent.

Just a reminder to the mailboxers than there are more than around 10 Premier League teams playing football each weekend and it would be good to expand the narrative beyond the usual Citeh, Scouse, ManYoo, Arse, Spuds type drivel that we normally have to put up with.
Bladey Mick

This is great. It’s so lovely to go to a game in Germany and indeed, leave your tribalism at home and enjoy everything that ‘going to the football’ is: fun.
And drink while doing so. That’s important too.