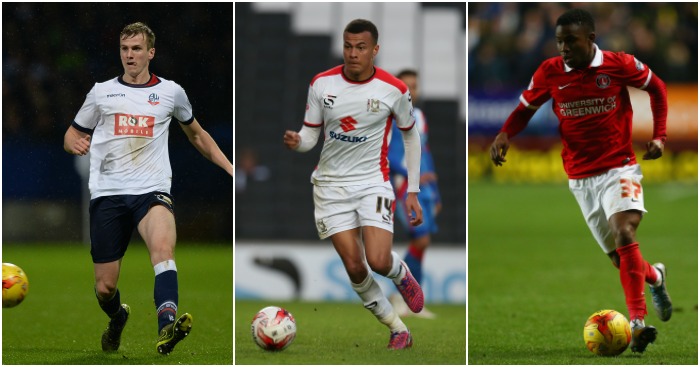 “A lot of clubs are just not looking because it is not sexy to sign a player from the lower leagues or non-league.”

It was November 2015, and Tim Sherwood had just taken part in his first interview since being sacked as manager of Aston Villa. He took the opportunity to criticise a number of things – blankets, cappuccinos, expected goals, pie charts – while reminiscing over how things used to be.

Sherwood implored the reader to lean in as he continued preaching tales of the good old days. “These modern guys don’t want to be called scouts, they want to be called anything but,” he said, taking another puff of his pipe. “The old guard – the foot soldiers – are still known as scouts.”

As was often Sherwood’s problem, his message did not quite translate. His rambling stream of consciousness distracted from what he was actually saying, while his claim that Premier League clubs no longer send scouts to lower-league matches was disproved quickly. But did he have a point? Did some top-flight clubs overlook players lower down the league pyramid?

The accepted wisdom is that any youngster who shows even a glimpse of promise will be snapped up by the sharks of the Premier League. Any not good enough will be let go; very, very few will slip through the net. Sifting through the sea of the Football League and below to find an overlooked starlet is a thankless and often fruitless exercise, particularly when a signing from abroad is more attractive, or a purchase from another top-flight club is seen as a proven commodity – a far easier sell to the fans.

That attitude, slowly but surely, is changing. The search can be arduous, but occasionally very productive. The risk is as low as the comparative fees, while the rewards can be very high. Four of the seven signings made by Premier League clubs so far this winter have come from the English lower leagues. Two have arrived from the Championship, one has joined from League One, and another has made the move all the way from the seventh tier.

Arsene Wenger predicted the change in approach. “What I think will happen is that you will have more and more players coming out of the lower leagues who have had to fight their way through,” he said in August. “I’ve said to our scouts to do the lower leagues because the good players are there now.

“Good English players have to go down to develop,” he added. Cue Rob Holding and Cohen Bramall, the former moving to the Emirates Stadium from League One Bolton in the summer, the latter making the move from non-league Hednesford. One is a squad member at 21, the other considered a prospect at 20.

The pair have arrived for a combined total of £2.04m; you would expect to pay double or triple that for one squad member from a fellow Premier League side or European club. Such low fees mean that the player does not have to be an instant success, or even a success at all. Everton can afford to spend £10m on Ademola Lookman, £3m on John Stones or similarly small fees on Mason Holgate, Brendan Galloway or Dominic Calvert-Lewin, each of whom have broken through to the first team.

There is no guarantee, as is the case with any signing for any fee from any team in any country, but the potential gain – Tottenham signed Dele Alli from MK Dons for £5m, and he is now an England international and regular first-teamer with a £50m price tag – far outweighs the negatives.

It can go wrong -Manchester United paid Crewe £3m for Nick Powell in 2012, before writing him off as a free transfer last summer – but it can never go painfully, expensively wrong.

“Years ago they found Ian Wright, Les Ferdinand and Stuart Pearce in non-league,” Sherwood added in that interview 14 months ago. “You hear people say now they will never be found again,” he added, and they would probably be right; the days of unearthing a Wright, Ferdinand or Pearce at Dulwich Hamlet or Hayes are likely long gone. But dropping down the divisions in the never-ending search for talent is in fashion once more. Lower-league and non-league signings are slowly but surely bringing their “sexy” back.