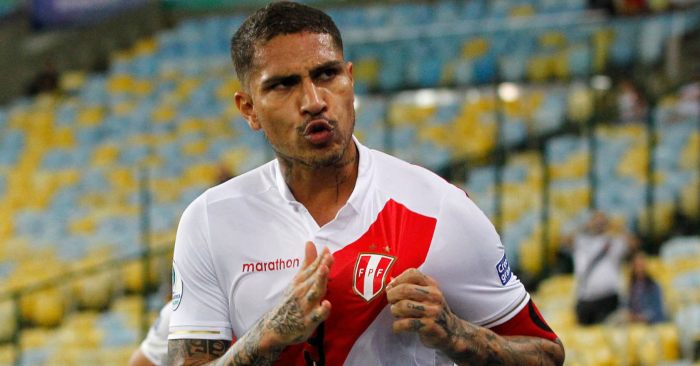 The Estadio Nacional undoubtedly mirrors the surrounding charred, bare and expansive area. Wide streets with blistered roads lie uniformly around it; the quaint Parque de la Reserva is a rich slice of green within the muted greys, the clay reds and the dusty oranges. The stadium is wide and open, with faded grey stands broken up by faint red strips. Cars barrel past on the motorway underneath one of the stands – picturesque it is not.

On Sunday May 28 2018, a sea of red and white descends upon the stadium. White flags adorning the traditional red sash billow in the wind, as people chant, sing and vuvuzela their way through the avenues. The stadium fills and the noise swells, as people hope their show of patriotic pride will see them emerge from those vast chasmic stands victorious. Except these fans are not here for a Peru national team game, or to see Allianza Lima in some sort of final. There is nobody even on the pitch – the match today is against the Court of Arbitration for Sport, and the prize? The sanctioned return of their captain Paulo Guerrero.

Paulo Guerrero is well-known to the people of Lima, the nation’s capital. A promising footballer from a young age, he signed a youth contract with local side Allianza when he was eight years old. After repeated and unheeded requests, he was finally allowed to leave Lima at 18 and joined Bayern Munich, where he became close friends with fellow countryman Claudio Pizarro. A bullish and prolific no.9, Guerrero scored 21 goals in 23 appearances in his first season for Bayern’s second team. Two years later, he earned a spot in the first team and became part of a significant South American contingent that won back-to-back Bundesliga and DFB Pokal trophies.

Despite his rapid rise, Guerrero was rarely afforded a string of games in the first team, undoubtedly due to the swathes of talented attackers at Bayern’s disposal. He moved north to Hamburg, but initially encountered the same selection problem. He only managed 19 appearances in his first season, including some substitute performances in the Champions League. His second season was more fruitful as he formed an effective attacking trio alongside Croatians Mladen Petrić and Ivica Olić. They just couldn’t translate goals, assists, tricks and flicks into Champions League qualification. Each season that came and went, they found the net, found their groove and then lost their way – enough to see them finish outside the qualifying spots.

Moreover, as is often the case with promising European sides outside the elite, the best were picked off. Olić left for Munich, Vincent Kompany, Nigel de Jong and Jérôme Boateng for Manchester. All except Guerrero, who stayed on and bore the expectant strain on his own shoulders. A knee ligament injury that required surgery kept him out for six months in 2009 – even more strain on an already-frustrating situation. Perhaps this caused an inevitable snap in judgement. After a 0-0 with Hanover in April 2010, Guerrero threw a bottle at a supporter’s face, after copping flak from the stands. He was fined €20,000 and given a five-match ban.

Guerrero’s fiery temperament has almost endeared him to Peruvian fans, as is often the case. This was a man capable of mild shithousery that fans despise to see from others but love to see from their own. Guerrero was banned for six matches after verbal, and near physical, abuse of a referee whilst playing for Peru in 2008, and received an eight-game suspension for a truly appalling tackle on Sven Ulreich, the Stuttgart goalkeeper, in 2012.

With this and questions over his temperament unfairly masking consistently good performances for two of Germany’s biggest clubs, he was soon back in South America. He moved to Corinthians in Brazil, who were coached by current Brazil manager Tite and had just won their first ever Copa Libertadores. Guerrero arrived and, in the subsequent 2012 Club World Cup, heavily contributed to one of the side’s most successful periods.

The venerable @Zonal_Marking joins us to discuss his journey from covering the game as a blogger to establishing himself as one of the definitive voices on football tactics in modern media.

He scored the only goal in a semi-final win against Egyptian side Al Ahly with a typically bullish Guerrero header. And, in the final against a heavily fancied Chelsea side – then current Champions League holders – he scored another poacher’s goal to secure the title for the Brazilians. His star continued to rise in Rio: he was the first Peruvian to feature on the cover of Placar, the biggest football magazine in Brazil, and scored in their two-legged victory in the 2013 Recopa Sudamericana.

Stints with Flamengo and now Internacional followed, and the Peruvian showed no signs of decline – quite the opposite. He scored five in 17 games for his country throughout Peru’s 2018 World Cup qualifying campaign, before the news that shook Peru to the core and sent them to the Estadio Nacional in his support. Guerrero tested positive for benzoylecgonine, the primary metabolite found in cocaine. The test was reported as falling under social use, and FIFA ruling automatically banned him from competition for a year: he was set to miss the 2018 World Cup, the first that his nation had qualified for since 1982.

After the ban was initially reduced when Guerrero’s lawyers claimed the test was a result of a traditional coca tea, found commonly in South America, the Court of Arbitration for Sport reinforced the initial sentence. The ban was raised to 14 months after they concluded that, though Guerrero did not intend to enhance his performance, he was still at fault. That was on May 14 2018, two weeks before those thousands of fans descended upon the Estadio Nacional.

The groundswell of support for the Peruvian captain extended beyond his home country and those filling up the stands in Lima. The captains of Denmark, Australia and France – Peru’s group opponents in the 2018 World Cup – submitted a request to FIFPro to allow Guerrero to play in the tournament. After visiting a Swiss tribunal with his lawyer, Guerrero was eventually cleared to play. They exited at the group stage – no real surprise, given the quality of their group opponents – but Guerrero finally snagged the moment that had eluded him. He scored in their 2-0 win over Australia in their final match, sending the Peruvians inside the Fisht Stadium in Sochi dizzy with delirium.

The now-record goal scorer for Peru managed to add another to his tally in Peru’s showing at the Copa America – Guerrero’s fifth tournament. To definitely say this will be Guerrero’s last big tournament for his country is nigh-on impossible; his goal against Bolivia showcased an impressive turn of pace for a 35-year-old forward. Slipping between the centre-backs, he knocked the ball around the advancing Carlos Lampe and slipped the ball into the net with a casual nonchalance. His 55 minutes against a rampant Brazil was less fruitful.

Regardless of how many Guerrero adds to his 253 career goals before he hangs up his well-travelled boots, he should be remembered as an elite South American export. With a unfaltering desire to score goals for club and country, Peruvians will hope this tournament is a Paolo Guerrero greatest hits tour; playing all the classics on the biggest stages, perhaps for one final time.