Home Footy on TV Are you not entertained? Actually, no. Football deserves better TV… 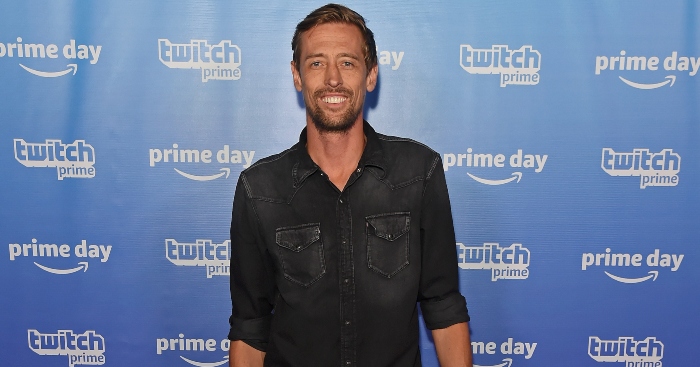 The advert for Amazon Prime’s Back Of The Net offends me.

Not in a way that sends me scurrying for a paper, a quill, and a thesaurus, but I object to it on account of what it seems to be saying about me, someone who likes and watches football.

Maybe ‘offends’ is the wrong word. The advert and the programme annoy me. Not because of any specifics, but because it doesn’t have any. It’s mass-produced footballing television. It’s the reproduction of something which has been done dozens of times before, replete with a trite name and a generic cast.

I quite like Gabby Logan as a presenter. In fact, she’s one of the better ones. I’m even starting to enjoy Peter Crouch’s media work too, particularly when he looms – preying mantis-like – on the end of a punditry desk. John Bishop I don’t overly care about. In that I don’t have an opinion; I certainly don’t hate him.

But together? It’s like one of those genetically modified boybands from the 1990s, the composition of which was always designed around typical tastes. There’d be the handsome one, the actual musician, and then edgy bad boy (meaning he had a tattoo). Sometimes there was also a miscellaneous other, who would invariably have an existential crisis after Year Three, but the pattern was generally fairly clear.

As it is here: Logan for Fan Type A, Crouch for B, Bishop for C.

Is there anything wrong with plotting television by formula? Not really. In fact, that’s probably the mechanism upon which most of it is built.

In this case, though, the demographics being targeted are practically stamped on the presenters’ foreheads. They’re Thunderbirds puppets. The strings are visible in the shot, so are the people working them from above.

Who really cares, though – if this isn’t for me, then why can’t I just ignore it? Yes, that’s a fair point, but perhaps it’s because, traced back to its roots and placed within the right context, this kind of programme is typical of something which has been tolerated for a really long time.

At some point in the past, Amazon’s executives knew that the company was going to bid for a tranche of the Premier League’s broadcasting rights. When they won those rights, that would have begun a sequence of events: investment in technological hardware, perhaps, hiring of staff, and then through to specifics like studios and vans and catering.

It’s a serious undertaking. Amazon will only show games from two rounds of matches, but every fixture will be available to watch, implying the need for a great breadth of resources and, presumably, some very detailed and precise planning.

So that’s the outline. And, actually, elsewhere there’s evidence of great attention to detail having been paid – in the documentaries now available, for instance, which are absorbing and excellent. But that’s not so surprising. These are the people that brought us the All or Nothing series, so they certainly know how to give sport a compelling texture.

When @YayaToure is in the studio, the Yaya Kolo chant is a must! 🎵

We’re not sure who enjoyed this more out of @petercrouch and @robbiewilliams 🤣🤣#BOTN pic.twitter.com/Z7rx5DTP02

There’s no reason not to trust them with their live coverage, either, because they’ve done fine work with the tennis rights they’ve acquired, garnishing their presentation with knowledgeable pundits and interesting analysis.

At a late stage of their planning, Amazon also recognised their need for a place holder. A regular programme which slowly built an audience and laid the groundwork for what they hope to achieve later in the season.

And they called that placeholder Back Of The Net, meaning that it had to be christened by someone with no interest at all in the sport. It’s the equivalent of calling a seasonal promotion a Christmas Cracker. It stirs the same emotion as reading a tabloid headline which has been forcefully, pointlessly made to rhyme.

The show is called Back Of The Net because nobody could be bothered to come up with anything better. Because they didn’t need to. Because it’s football. Because on television football can always just be served from a trough. Because it’s always fine just to dunk the public into some congealed superficiality while, in the background, somebody famous wears a £400 pair of jeans while a musician tries really, really hard not to laugh or smile.

Perhaps there’s some residual irritation at work here? Maybe, in part, this is a response to years of watching Robbie Savage’s oversized personality and his strange, elongated vowels being crammed into any media opportunity available. Maybe it’s the gambling adverts (Victor! Banter! Dennis Pennis! Acca! F*ck Off.) Or maybe, more realistically, it’s the consequence of seeing what fans of other sports are allowed to dine on.

The All or Nothing series inadvertently makes that point very clearly. The American Football editions have all, without exception, been excellent. Even the Michigan Wolverines instalment, with that quarterback who kept telling everyone how proud of them he was. John O’Korn! He wasn’t very good at all.

That was very strange, but it was still very entertaining.

Or QB1 on Netflix. That was great. It always leaves you worried about what happens when the cameras leave, the scholarships don’t work out and the parents have to live vicariously through something else, but – again – it’s really interesting television if you’re willing to play dumb to the subtext.

But football? In football, the equivalents are always patronising. Just as the Leeds and West Ham documentaries are, serving as they as feature-length adverts, just as the Manchester City series was and, sure as day, the upcoming Tottenham instalment will be.

In its NFL costume, All or Nothing takes the viewer inside the strategy meetings. When it’s football’s turn, the ambition audibly deflates: you might get a kitman flirting with the camera by sitting on a washing machine, or well-cast members of public tossing around sport-as-religion platitudes.

But then that always seems to be the mentality with this specific form of entertainment, as if striving for anything more than that would, on account of the audience, be a waste of time. So: a microwavable lasagne for football, a three-course gourmet meal for everyone else.

Back Of The Net is really neither here nor there. It just happens to be in the crosshairs at this particular moment in time. But it’s not better or worse than any of its predecessors and there’s nothing wrong with any of its presenters.

But then that’s the point. There’s no evolution. The decades trundle by and the same assumptions remain about what it is to be a fan and what, as a result, you’re capable of ingesting. Nobody ever tries to do it better. Because, presumably, nobody has quite enough respect for the audience.

So, set the conversation to light banter, turn the cameras on and then, seems to go the logic, watch the unthinking hordes gather around the screen in open-mouthed, drooling silence.