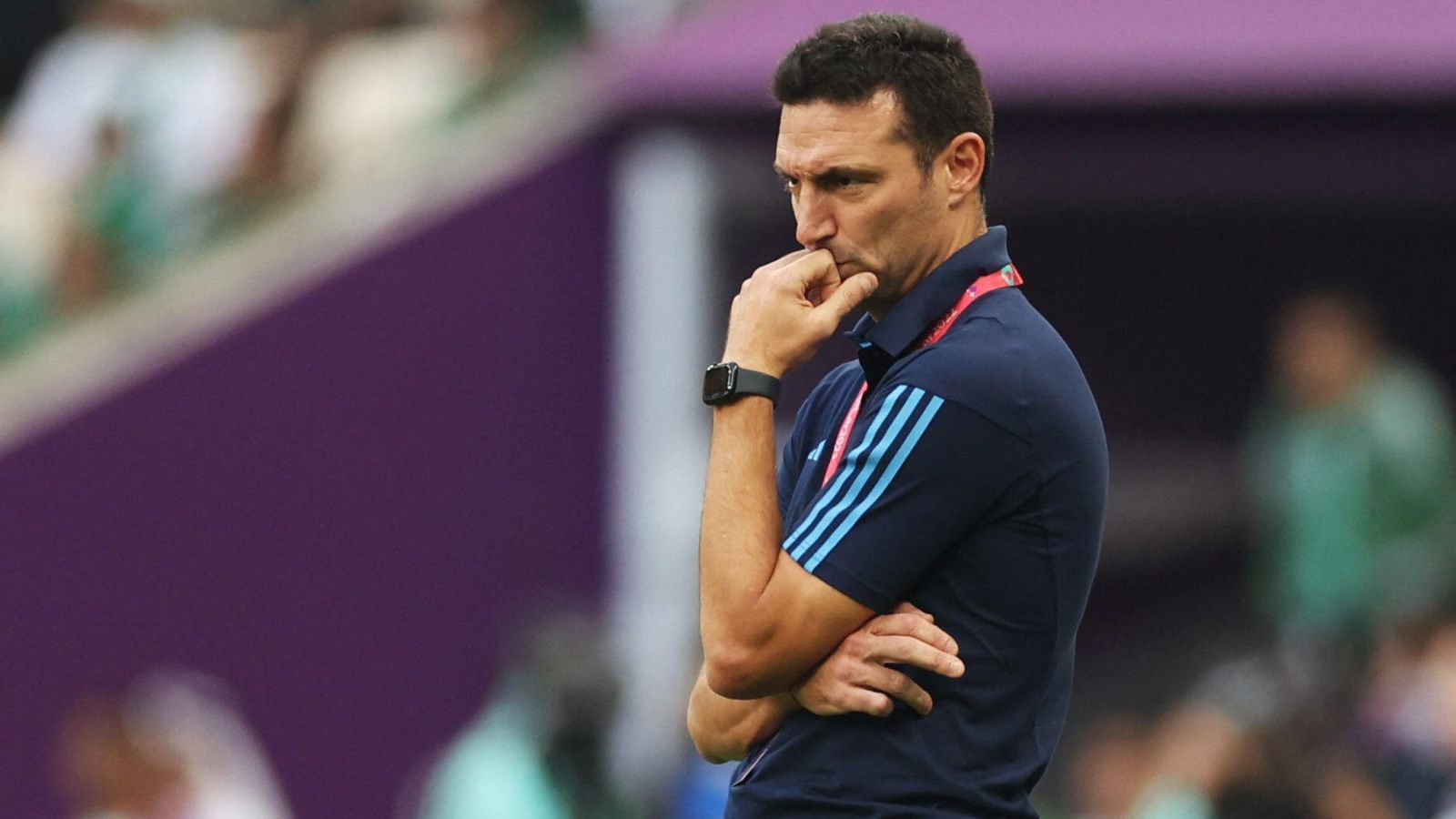 Argentina manager Lionel Scaloni called on his players to honour the memory of Diego Maradona by getting their World Cup back on track against Mexico.

On the two-year anniversary of the death of the nation’s footballing hero, Scaloni invoked the spirit of the man who captained his country to success in 1986 as they look to bounce back from their shock defeat to Saudi Arabia.

Anything other than a victory would leave the South Americans’ hopes of progressing out of Group C hanging by a thread.

“Today is a very sad day for everyone,” Scaloni told a press conference.

“Tomorrow we hope to bring some joy for Maradona, who will be looking down at us from the sky. That will be the most important thing for us.

“Every time we see images of him it is unbelievable that he is not here with us. Hopefully, tomorrow will be a happy day for all of us.”

While the 2-1 loss to Saudi Arabia, having been ahead, was a major surprise and put Argentina’s tournament at risk, Scaloni insists they have put the result behind them.

And he is confident his players will produce a response after pledging they will “break their backs” to turn things around.

“Emotionally we had to digest (the result) and, when you have one blow, two blows, what you need to do is bounce back and this group is ready to rise and bounce back,” Scaloni added.

“We might receive a blow like on the opening match but we know we need to stick to our guns. We have a style that is non-negotiable.

“We will always break our backs until the last second we are on the pitch so we can reverse this initial situation. That is non-negotiable.”

Mexico’s manager Gerardo Martino was born in Rosario – the home city of Lionel Messi – 180 miles from Buenos Aires, and was a former team-mate of Maradona at Newell’s Old Boys.

However, he insists he has no divided loyalties as he prepares to face the country of his birth.

“If you were in my place what would you do? Mexico has to win, we hope Mexico win,” he said.

“I can tell you the place, the characteristics of my city, the hospital where I was born, but I work for Mexico and I want to win the game.

“What happens in soccer I leave it in the context of soccer. I am aware of the importance of the game for both Mexico and Argentina, but I have to do my utmost so Mexico can win. It’s the only thing I can do.”

After their opening draw against Poland, a point against Argentina would not be fatal for Mexico, especially with the group’s supposed minnows Saudi Arabia still to play.

But Martino insists they cannot approach the game with that mindset.

“It is very difficult to see it from that point of view,” he added.

“Sometimes you are not worthy of winning and you end up a draw and that’s a good result but sometimes you deserve more and you don’t win.

“I think we could have had a better result against Poland so we need to analyse things beyond the result.”

Martino coached Messi in a brief stint at Barcelona and admits he may have just had an off-day in their opening game.

“We have to think Messi will show his best version. Sometimes even without being on top of your game for 90 minutes in five minutes everything can happen.