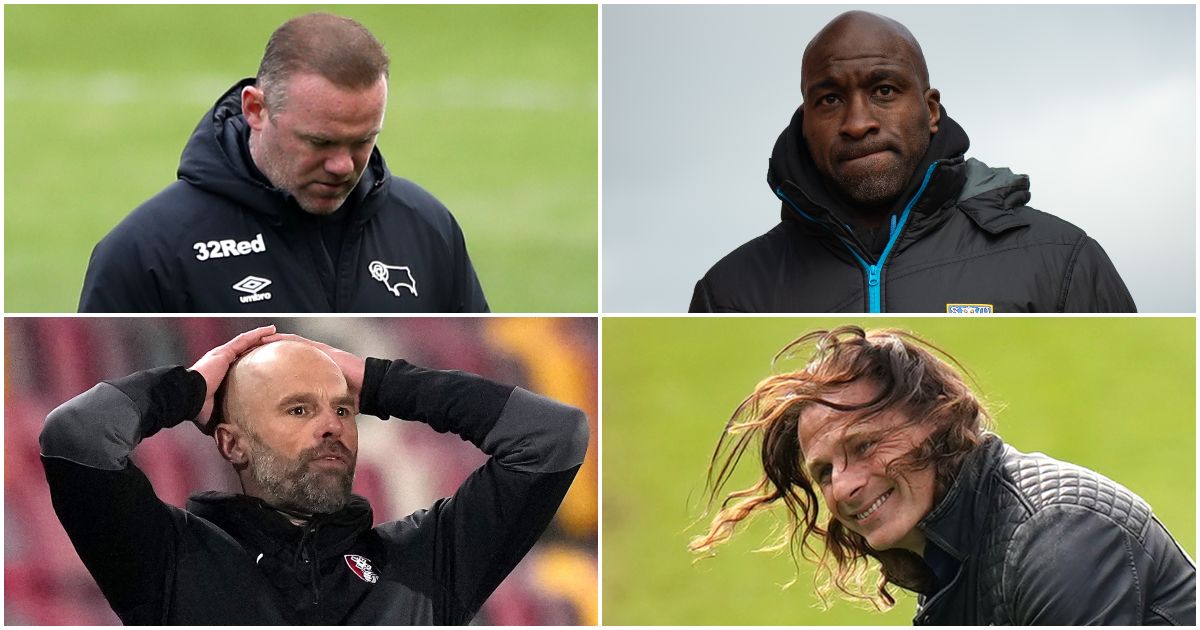 Three points separate the bottom four in the Championship with one match left. Derby face Sheffield Wednesday and Rotherham might capitalise.

Nathan Spafford has already taken a look at the four teams hoping to leave the second tier through the play-offs. But what of the sides who will be exiting the division through the opposite end?

Why they will stay up
The Rams come into the final day of the season as the only team in the relegation battle currently out of the bottom three. Naturally, they are in the strongest position to stay up as a win would trump all other results to a state of pointlessness and keep Wayne Rooney’s side in the second tier. That said wins – and points – have been almost impossible to come by for the Pride Park outfit over the past month.

But as much as a victory would certainly keep Derby in the division, they will also be aware that a draw would present them a good chance of survival, knocking Saturday’s opponents Wednesday out of the water and leaving them safe in the knowledge that Rotherham United would have to beat one of the best of the rest in Cardiff City to stay up. Despite losing six games in a row, there are a swell of results which will see Derby retain their Championship spot for another year, at least.

The fact that Derby are in such a position in the first place is testament to just how poorly the club has been run over the last couple of years, and little fault lies squarely at the feet of Rooney, who was given an almost impossible task. He even overachieved during the early stints of his first ever managerial tenure. If Rooney can recapture some of that mid-season magic which saw them defeated just once in his first eight games at the helm, then the off-field gloom can be put to one side in the meantime at least.

Why they will go down
The fact that Derby are in a relegation battle going into the final day instead of the likes of Birmingham City, Coventry City and Huddersfield Town, all of whom had looked capable of the drop late in the season, is down to their excruciatingly poor form.

Since defeating Luton Town at the start of April, the Rams have succumbed to six defeats in a row, knowing that just one win in that time would have seen their second-tier status secured. What’s more, in half of those six losses they have taken the lead before ending up pointless. Even if all seems to be going to plan on Saturday lunchtime, they are only their own worst enemy away from dropping down a division.

And if the on-pitch devastation wasn’t enough, rumours of another failed takeover, this time from Erik Alonso, bring more misery to the black and white corner of Derbyshire. There is little positivity surrounding Pride Park. 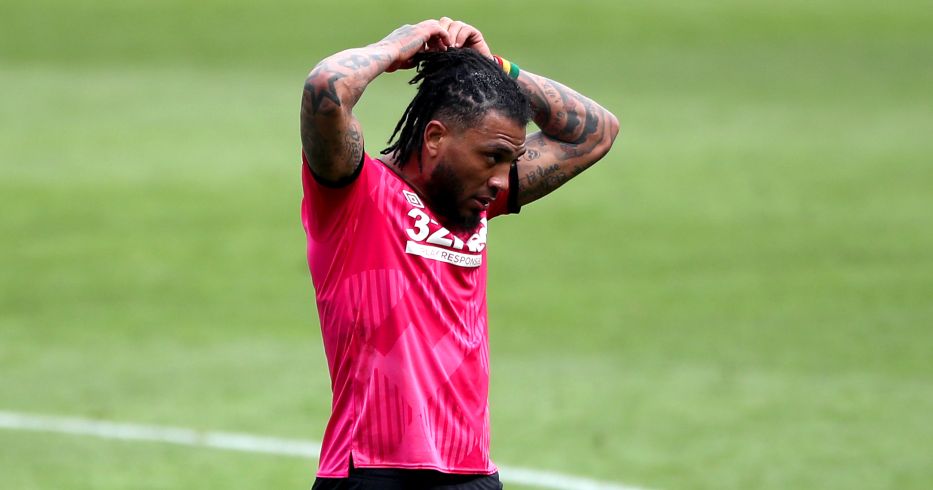 Why they will stay up
When it comes to teams having missed a multitude of chances to maintain their place in this division, Rotherham United know better than anyone the frustration of not quite being good enough. Nineteen defeats by a single-goal margin this campaign point to a side so close to getting it right, and Paul Warne’s team will look to use their knack for rarely being out of a game to their advantage on Saturday, knowing they will likely be in contention for staying up into the dying embers of the season.

And unlike their south Yorkshire rivals and Derby County, who of course face each other, Rotherham have the fortune of playing a side with little on the line. While manager Warne stresses the professionalism of every team in the division and not wanting to lose any match, there is no doubting that Rotherham United players have far more at stake than their south Wales counterparts.

Also unlike their relegation rivals, Rotherham United come into the final season-defining match of the campaign with the prospect of League One football the absolute worst-case scenario. Off-the-field problems are engulfing Wednesday and Derby but there is a largely good feeling around New York with a steady ownership, players being paid their wages in full and on time, and a belief that the players have given their all to the cause, however short they have come up on just too many occasions in front of goal.

FROM FEBRUARY 2020: Can Rotherham be more than a yo-yo club?

Why they will go down
Simply put, Rotherham do not score enough goals. They have scored in just three of their 11 matches since the start of April and therein lies the other problem. To use a colloquial term common in this corner of south Yorkshire, this squad is knackered. Nearly a quarter of the season has been played in the space of little more than a month. A season impacted by two Covid outbreaks in the camp as well as postponed fixtures for the weather saw the Millers’ season on a near-permanent backlog.

Despite having games in hand on their relegation rivals for the majority of the calendar year, the Millers are living proof of a bird in the hand being worth two in the bush, with that swell of catch-up fixtures not put to sufficient use to drag Rotherham out of the basement battle and with their fate once more no longer in their own hands.

To add insult to injury, this Rotherham side with just one win from their last 11 fixtures could get victory and still finish on the wrong side of the dreaded dotted line. If the Millers are to pull another rabbit out of the hat, it still won’t be enough to avoid a third successive relegation from the second tier should Derby finish victorious against the Owls. 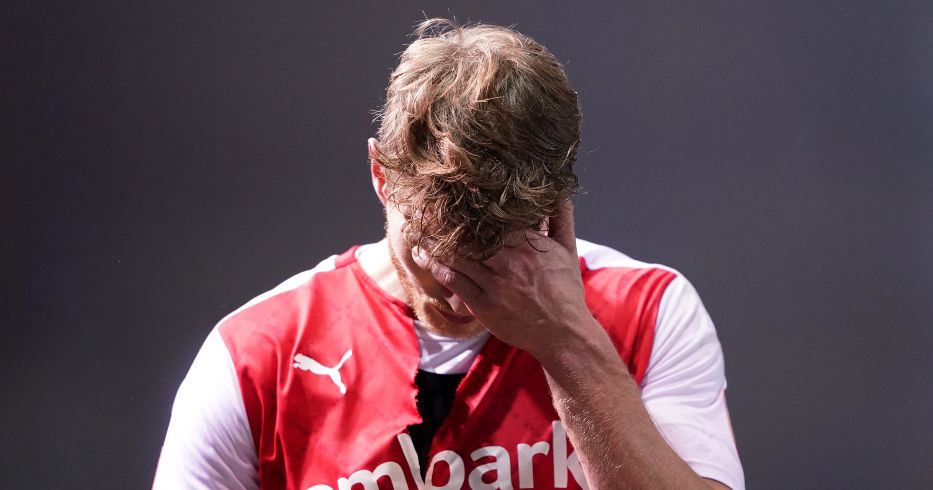 Why they will stay up
They may be the lowest-ranked of the three clubs who are in a realistic battle to survive going into the final game of the season, but technically Sheffield Wednesday have been the best of the lot given their six-point deduction means they have in actuality accrued 46 points this term – enough to keep them in the division, albeit by the skin of their teeth.

Darren Moore has provided some stability to a Wednesday side who have suffered off the pitch more than most in recent years. In a season which started with Garry Monk at the helm, followed by two substantial caretaker stints with Neil Thompson in charge either side of Tony Pulis’ brief time in the Hillsborough hot seat, and despite his own absence due to health complications from contracting Covid, Moore and his managerial team have provided much-needed balance and a brighter future to the Owls in their few months in charge.

The 5-0 win against Cardiff City in April proved that when they need to, Wednesday can beat anyone in this league, while grinding out a 0-0 draw at home to Nottingham Forest last time out proves the requisite fight is there. Wednesday know that if they can grind out the win against a Derby side on a run of six straight defeats, the odds are stacked in their favour to finish in a glorious 21st place.

Why they will go down
To say this has been a long time coming for Sheffield Wednesday would both be an understatement and an oversimplification. There have been false dawns on the horizon in recent years that, among the ill thought out managerial appointments and exponentially disappointing campaigns, a genuine belief in the situation at S6 and improving before it was too late.

In truth, dropping down to the third tier could prove to be the one step back before two steps forward. In Moore, there is a manager who has thrived in League One with Doncaster Rovers (one only needs to take a look at their plight in dropping like a stone since Moore’s departure to see his influence), and in Wednesday, a club who benefited from a solitary season in League One a decade ago, with two play-off campaigns coming in the four years after their return to the second tier of English football.

As with Norwich City this season and like many before, relegation needn’t be seen as instant and simple failure. It can be the stepping stone to greater things in the long term. For Sheffield Wednesday, it is time to stop thinking about the immediate tomorrow and look to the years ahead. Given a win against relegation rivals Derby may not even be enough, relegation does look a distinct possibility. 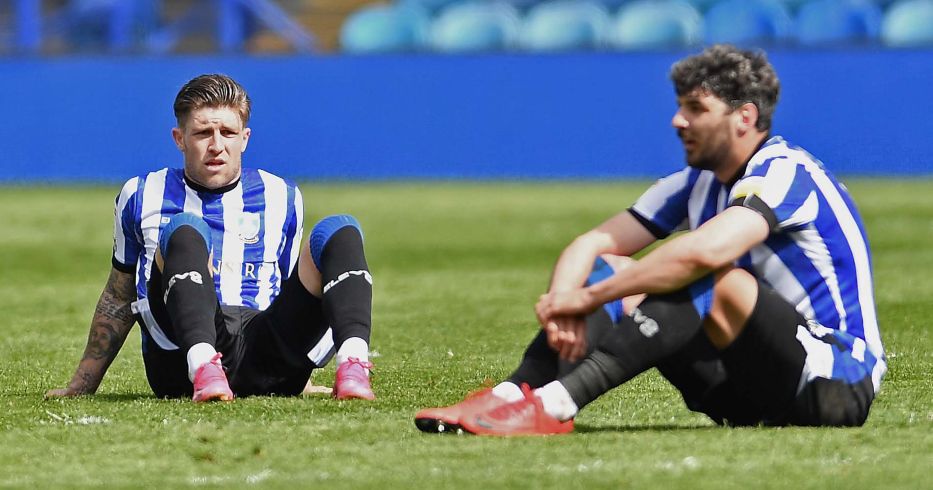 Why they will stay up
Stranger things have happened…just.

Why they will go down
Perhaps it’s fanciful, but I couldn’t write this article without passing word on how well Wycombe have done to not be mathematically relegated going into the final day of the season, with finishing as high as 22nd and being relegated on goal difference alone testament to the great work from Gareth Ainsworth and his team.

Without meaning to sound patronising, Wycombe came into the division as this year’s Yeovil Town, looking completely out of place in the Championship at first glance, but have proven themselves until the very last. In danger of being cut adrift at the bottom around the midway mark, their January recruitment provided necessary reinforcements to make a great fist at staying up.

If only they had had the marginal gains that home support would have granted them, they might have been able to complete the fairy tale. As it is, an unbelievable win and goal swing is needed to see the Chairboys take a seat at the second-tier table two years in a row. But there is plenty to be positive about in Buckinghamshire and aiming high once more should be the target for Wycombe to give their adoring fans a shot at the Championship in 2022/23. 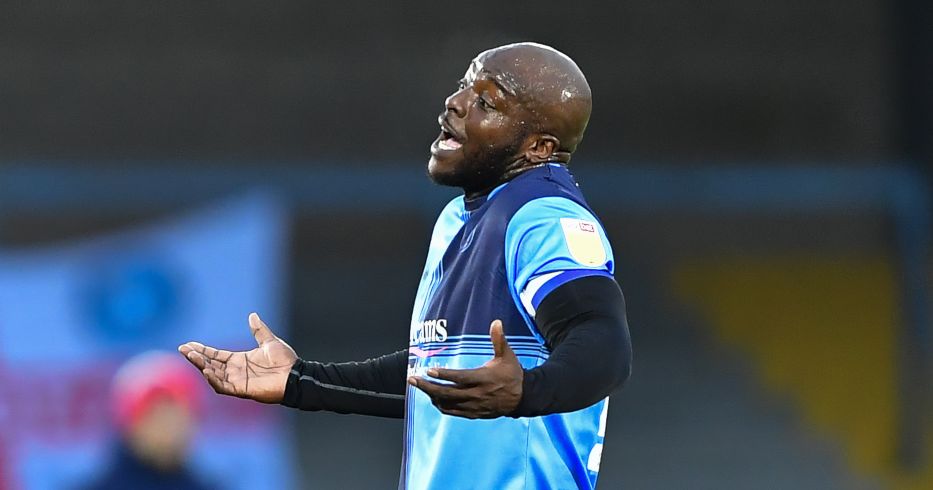