Home Uncategorized Arjen Robben: Your career is over if you go to China 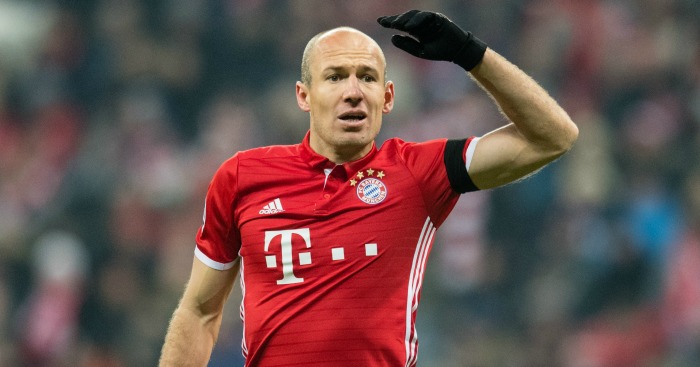 Arjen Robben says that he turned down lucrative contract offers from Chinese Super League clubs to stay at Bayern Munich.

Robben, now 33, signed a new one-year deal earlier this week, after speculation that he could leave Germany.

Unsurprisingly, a number of Chinese clubs were reported to be interested in Robben, but the Dutchman said he had no intention of making that move.

“I am having a great time here at Bayern and I am playing at one of the best clubs in the world. I would not know where to move at my age,’ Robben told Radio 538.

“A transfer to China would be something else entirely. That is basically acknowledging your career is over. I want to keep playing at the highest level as long as possible.

“It is all about a certain madness that is ongoing in China right now. They are offering some crazy figures.

“I also got some offers. The money on show is so crazy that you at least have to consider it.

“They are offering maybe four, five or six times the amounts you get at a big club. But money has never driven me.

“That is why I have had such a great career. It is about football for me.

“I do not understand players going to China at the age of 27 or 28. Those guys are at the peak of their career. That is a waste really.

“You only get one career. I sort of understand players who are already in their 30s.”

Wonder if Robben's signature involves him dragging the pen across the page from right to left and then suddenly signing https://t.co/8bKYXvVBo2