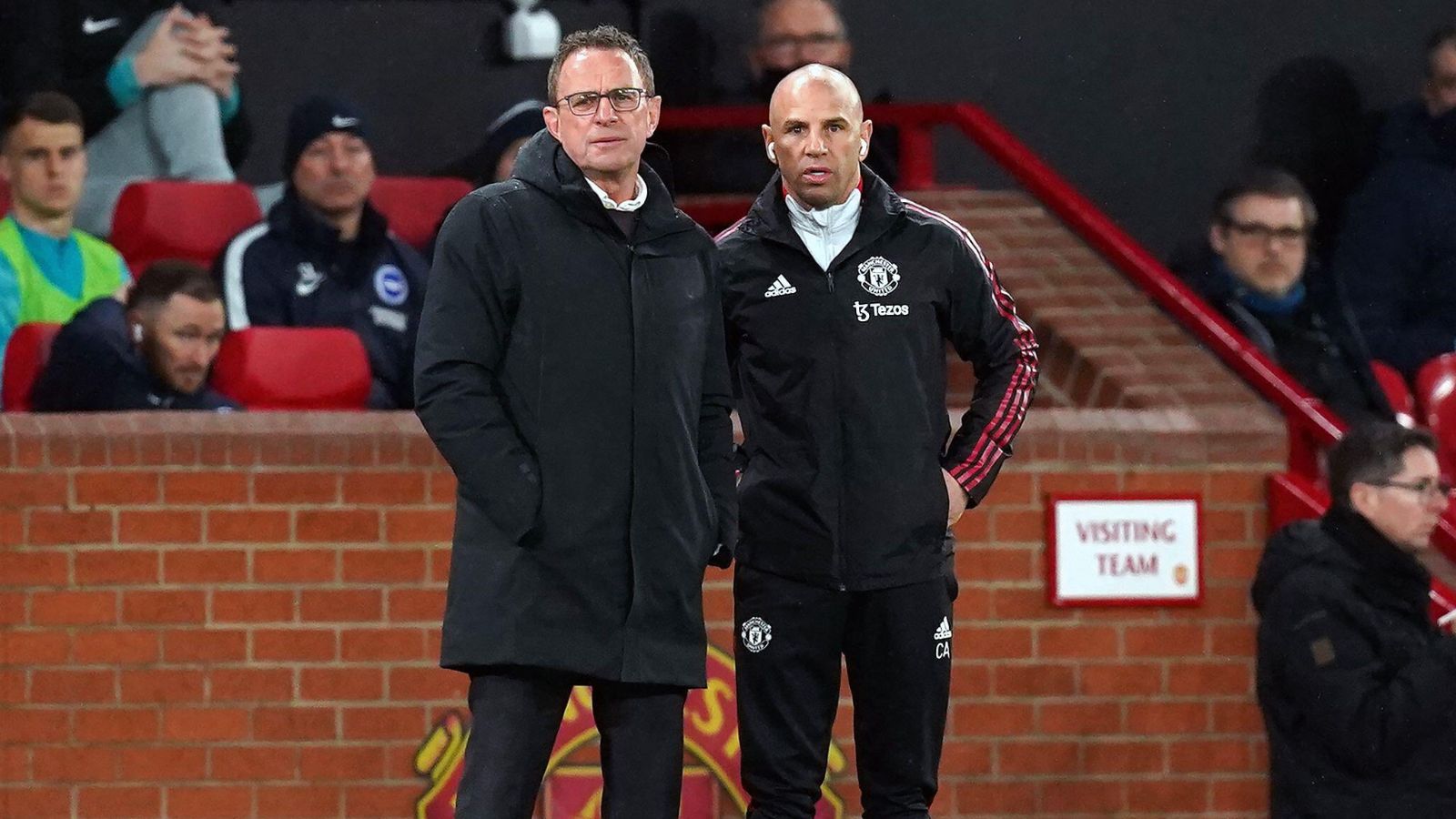 Former assistant Chris Armas has argued that Manchester United “could have finished 10th” last season if Ralf Rangnick was not in charge.

After finishing second in the Premier League in 2020/21, there was optimism around Man Utd. This was increased last summer when they signed Cristiano Ronaldo, Jadon Sancho and Raphael Varane.

The positivity soon waned though as United made a torrid start to the 2021/22 season under Ole Gunnar Solskjaer.

The club legend was sacked and Rangnick came in at the start of December to replace him on an interim basis.

Former New York Red Bulls manager Armas was brought in as Rangnick’s assistant. Together, they were tasked with limiting the damage before a permanent boss came in.

Their performances did not improve under the new management team and they faltered towards the end of the season, finishing 13 points adrift of fourth-placed Tottenham in sixth.

Rangnick was due to take up a consultancy role behind the scenes at United from this summer, but instead, he has become the new manager of Austria’s national team.

Armas has now reflected on his time at Man Utd. He thinks Rangnick did a good job as he “steadied the ship”:

“Why would they bring Ralf? Ralf is a really credible guy in the football world,” Armas said (via The Crack Podcast).

“There’s a lot of noise, he’s a guy that can stabilise things and he did in many ways. He stabilised, but things were just coming apart in the last month, to be honest with you.

“It’s a six-month situation, he’s not going to be rattled by big personalities, he’s going to set a tone, he’s going to get them aligned with a style of play that can suit the Premier League. Ralf is a guy that can steady the ship and he did that.

“I honestly think if another manager had come in, they could have finished 10th, easy, with the way points go in that game. We had a run of games and we were hard to beat, but you could feel it getting tougher and tougher with the summer coming.

“It was a big challenge. I don’t know a manager in six months that can do it, imagine three months in and we know a new manager is coming – good luck with that. They could have left Michael Carrick in charge.”