Home All The News Armenia 1-4 Scotland: Armstrong nets brace as Clarke’s men battle back from behind to win 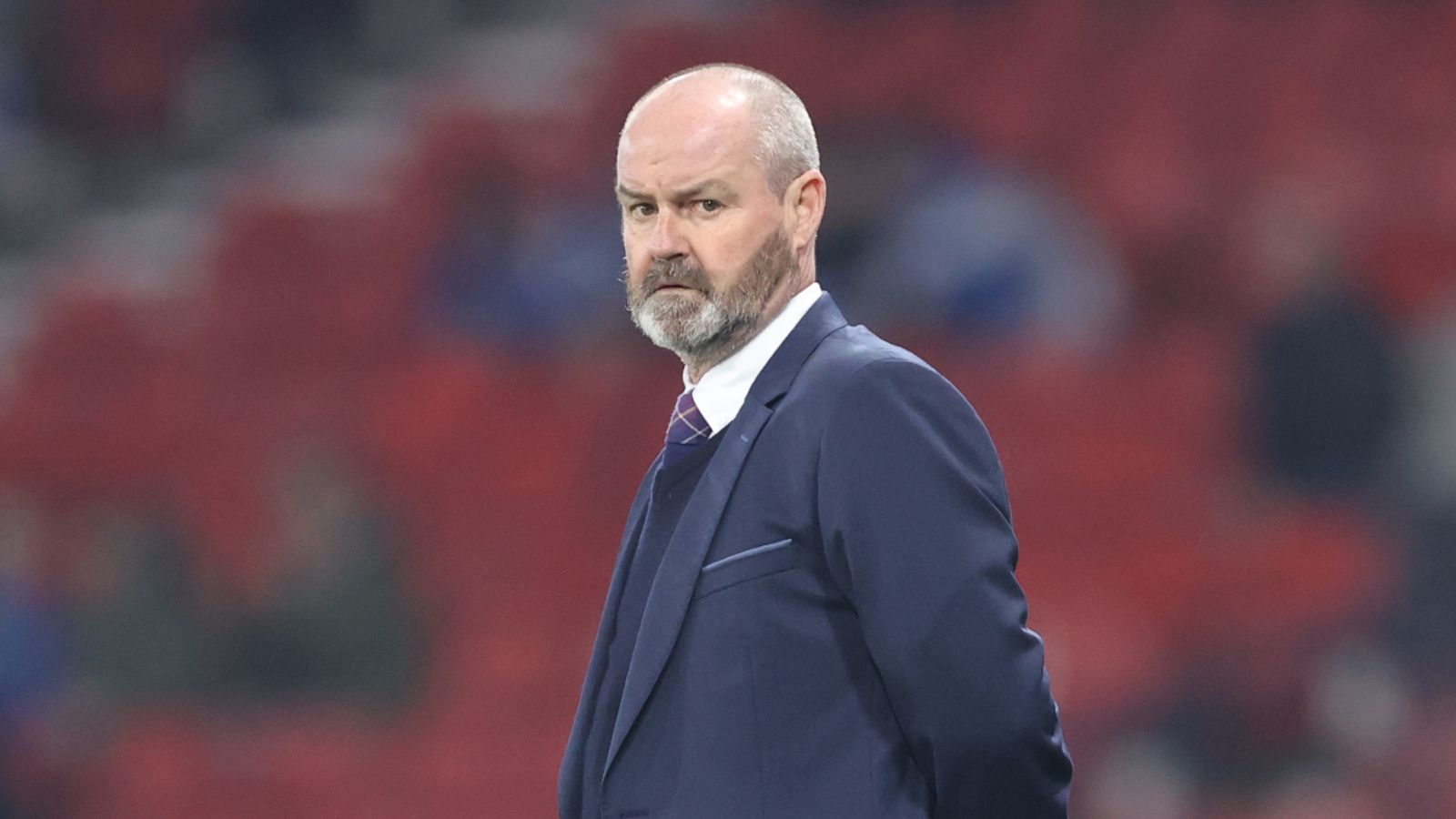 Southampton star Stuart Armstrong netted a brace for Scotland as they battled back from a goal down to beat Armenia in the UEFA Nations League.

Scotland fell behind early on and they rode out some tense moments before Armstrong’s equaliser.

Armstrong made it 2-1 to the visitors moments after Arman Hovhannisyan committed two bookable offences in five seconds.

John McGinn and Che Adams were on target early in the second half as Scotland sealed six points from their opening three Nations League games before the hosts had another man sent off in stoppage time.

Scotland boss Steve Clarke had been left scratching his head over his side’s 3-0 defeat in Dublin on Saturday and three of his defenders did not make the 2,500-mile journey – skipper Andy Robertson, John Souttar and Scott McKenna.

Scott McTominay was restored to the back three beside Grant Hanley and Jack Hendry, who lined up on the left, while wing-backs Nathan Patterson and Greg Taylor came in along with Billy Gilmour and Armstrong.

Ireland had struggled in the Yerevan heat when they went down to Armenia in the Group B1 opener but conditions were fine for Scotland in the Republican Stadium thanks to the 8pm local kick-off time, a breeze and a pre-match downpour.

Armenia rarely ventured forward in their 2-0 defeat at Hampden last week but they showed much more attacking ambition in the opening stages and went ahead inside six minutes.

Hanley looked favourite to win the ball out wide but he misjudged his challenge and fell over to leave Tigran Barseghyan to race to the byline and cut it back for Vahan Bichakhchyan to finish at the near post.

Gilmour soon had a shot pushed over after a short corner and Scotland were level in the 14th minute when Armstrong quickly followed up to slot home after Adams had failed to get an ambitious shot away.

The goal did not settle Scotland down though and Armenia twice nearly scored from balls over the top with the visitors being rescued by an offside flag and then a recovery tackle from the grounded Hendry.

Craig Gordon soon saved from Eduard Spertsyan and Scotland continued to look vulnerable at the back when Armenia ran at them.

Clarke’s side began to get to grips with the game around the half-hour mark and Adams twice threatened from long range before Patterson sliced well off target following Taylor’s low cross.

The key passage of play started with Hovhannisyan’s late challenge on Patterson. McGinn squared up to the defender and was floored by a headbutt before Montenegrin referee Nikola Dabanovic flashed two yellow cards and a red.

Scotland gave the hosts no time to reorganise as Armstrong latched on to McGinn’s pass in the box and beat a defender before steering the ball home brilliantly despite losing his footing.

The Scots hammered home their numerical superiority after the interval. McGinn turned and fired home from six yards in the 50th minute after Patterson had cushioned Taylor’s deep cross into him.

Five minutes later, Armstrong did superbly to send Southampton team-mate Adams away on the counter-attack and the forward curled home.

Scotland could have had more. Armstrong twice threatened his hat-trick and both Adams and Taylor forced saves.

David Turnbull, Lewis Ferguson, Anthony Ralston and Jacob Brown were given run-outs and Allan Campbell was handed a debut as Scotland continued to dominate possession, although the hosts missed some late chances and Gordon pulled off two good second-half stops.

Scotland round off their Nations League campaign in late September with a double-header against Ukraine and Ireland.