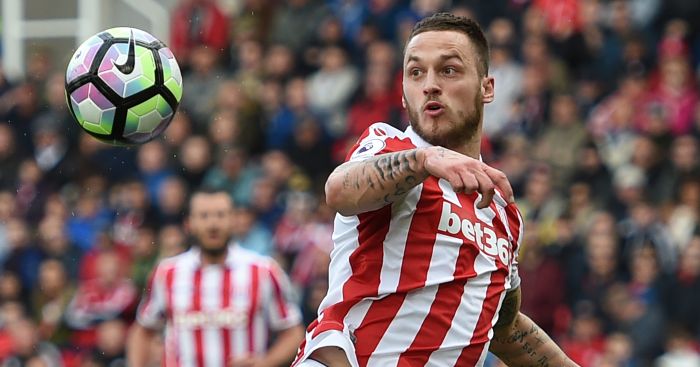 The brother of Marko Arnautovic has hit out at Stoke City chairman Peter Coates.

Coates suggested that Arnautovic should have shown Stoke more loyalty having engineered and earned a move to West Ham.

However, Danijel Arnautovic told Coates to get his own house in order, and hinted at unrest behind the scenes.

“I can only say that Mr Coates should clean up his own garbage within the club walls before pointing finger at anyone outside of it,” he said.

“What exactly I mean is up to the club to reveal, as this is the last time I will comment on anything Stoke City says.

“I’d personally like to thank Stoke for the courage they had four years ago when they signed my brother.

“I would, in my own and Marko’s names especially, like to thank Stoke fans and Mark Hughes for all the love they have shown.

“But to be honest, I was expecting a little bit more respect from certain people within the club instead of reading attacking articles.”