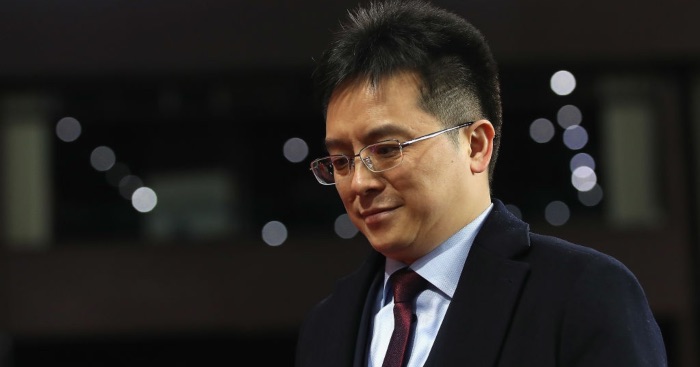 Xia took charge at Villa Park in 2016 after buying out Randy Lerner for £76million, pledging to return the then Championship club to the Premier League.

The owner was criticised for gambling the relegated club’s parachute payments on bankrolling a promotion push which failed, leaving the club facing potential adminstration last summer before they were saved by Wes Edens and Nassef Sawiris.

The new owners stepped in to pay up Xia’s debts with a cash injection through their company NSWE, in exchange for the 42 year-old’s shares.

Chinese authorities issue arrest warrant & wanted posted for Dr Tony Xia! Told he has a string of unhappy investors back home who bankrolled his purchase of Villa in expectation of promotion and returns only to be left fuming…. #avfc .https://t.co/szz9TU8rRC pic.twitter.com/wcg805rreX

Xia claimed to be a billionaire when he took over the club but was actually a frontman for other investors’ cash, who are now angry after the promise of lucrative returns in the Premier League have failed to materialise.

The Beijing court has put out wanted posters for Xia with a reward of around £30,000 out for information on Xia’s whereabouts and a warrant for his arrest, reports The Mirror.

Villa are back in Premier League action this weekend when they host Brighton at Villa Park.