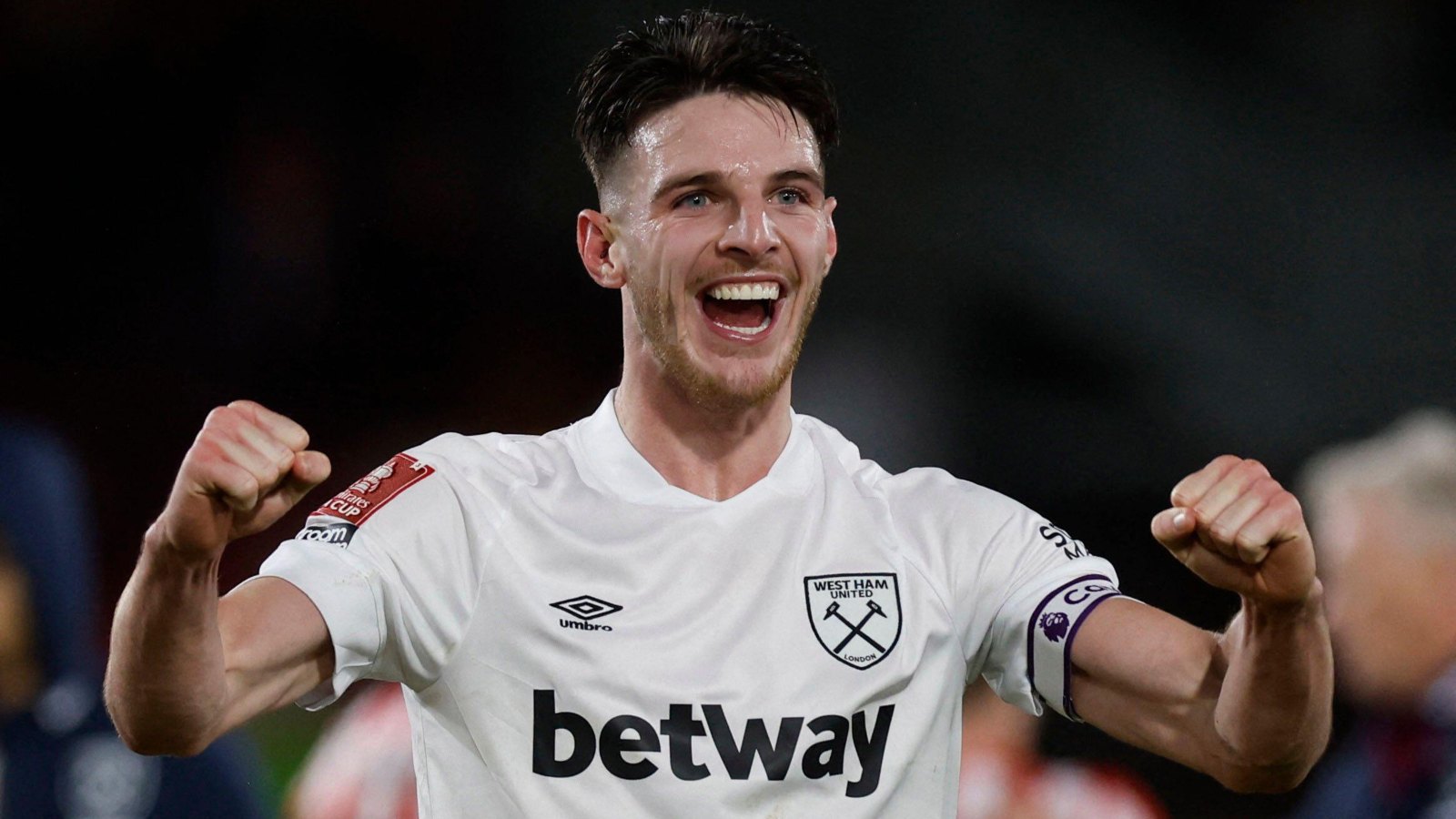 West Ham midfielder Declan Rice has privately praised Arsenal and now sees the club as a ‘viable destination’ in the summer, according to reports.

The 24-year-old has been in brilliant form over the past few seasons and demonstrated his ability on the international stage too.

And that has led to interest from numerous clubs with all of the ‘Big Six’ Premier League clubs linked with him at one time or another.

The latest club to emerge as possible suitors are Arsenal with the Gunners now leading at the top of the Premier League by five points and having the advantage of a game in hand on nearest rivals Manchester City.

Now that Arsenal are back challenging for titles, Rice and others could see the Emirates Stadium as a viable transfer option when they previously wouldn’t have.

And CBS Sports claim that Mikel Arteta ‘has made the England international his primary target for the summer transfer window’ with the Spaniard looking to strengthen their midfield.

‘Sources say that Rice has been speaking of Arsenal in glowing terms to his team mates, pronouncing himself stunned with the progress the north London side has made. Indeed his private comments about the Gunners are said to be even more effusive than those in public, where he labelled them “a top team” that “you can see [are] coached incredibly well” after West Ham’s 3-1 loss at the Emirates Stadium on Boxing Day.

‘Rice’s circle have been planning for a move away for West Ham, who are currently battling against relegation from the Premier League. Were they to drop out of the top flight, the Hammers would find it hard to resist a knockdown sale.’

Rice has admitted that he wants to play Champions League football and challenge for trophies and former Chelsea and Birmingham City player Eni Aluko recently wondered if the speculation was not becoming a “distraction” for the West Ham midfielder.

“I wonder if that’s actually becoming a bit of a distraction,” Aluko said.

“I’m a little bit surprised at how open Declan Rice has been about wanting to go, to leave. I think West Ham fans will understand. Declan Rice deserves to be playing in the Champions League.

“This is a guy who is the first name on the England team sheet, has been absolutely brilliant for West Ham, great servant, youngest captain in the Premier League, but I just wonder as a captain, whether you should be talking so openly about wanting to move on.

“I wonder if that’s distracting for the team. He’s got a big job on his hands here. One point off the relegation zone, and this time last season they were fourth.

“So he’s got to focus on West Ham and bring the best out of some of these players around him in this team.”