Home All The News Arsenal 0-1 Manchester City: Guardiola’s men edge out the Gunners 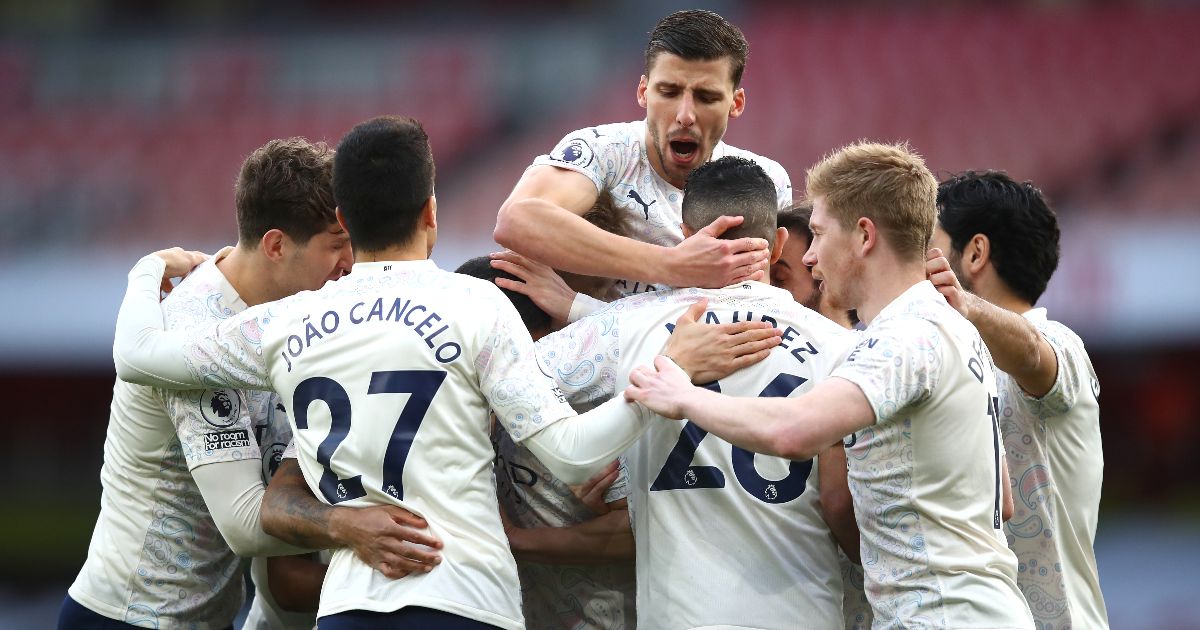 Manchester City record their eighteenth straight victory in all competitions thanks to Raheem Sterling’s first half header against Arsenal.

Pep Guardiola made five changes for the trip, recalling fit-again duo Kevin De Bruyne and Ilkay Gundogan, but it was Sterling whose second-minute effort secured a 1-0 success.

Mikel Arteta, Guardiola’s former assistant at the Etihad Stadium, will have been pleased that his team did not crumble after dropping behind but they never came close to breaking City’s fine run.

The writing appeared to be on the wall within seconds of kick-off in north London, Sterling missing his kick as the ball dropped to him at the back post.

City took the lead inside the opening two minutes, Sterling getting in between the Arsenal defence to head home a pinpoint Riyad Mahrez cross.

Mahrez and Sterling were enjoying the early stages, often getting into one-on-one situations against the Arsenal backline.

Sterling fluffed his lines when breaking inside Hector Bellerin and Mahrez saw a shot deflected wide as the visitors set about killing the game early on.

Arsenal did manage to somewhat stem the flow but their start to the game was summed up when Bukayo Saka’s shot was blocked by his own man as Pierre-Emerick Aubameyang could not get clear of the effort.

The second half began in similar fashion to the first, with City completely switched on and forcing the issue, De Bruyne floating a glorious lofted effort just wide of Bernd Leno’s post.

But, still following the same parallels, Arsenal worked their way back into the proceedings without ever truly creating a clear-cut chance to cancel out Sterling’s effort.

READ MORE: Leicester keep on keeping on in a league gone mad

In truth, City never really needed to get out of the lower gear they dropped into following their scintillating start.

Even then they created the better chances, with Joao Cancelo missing a fine opportunity to make sure of the points as the half wore on.

Sterling broke clear of the offside trap on a couple of occasions without providing an end product and substitute Gabriel Jesus fired high and wide in the closing stages.

While Guardiola was able to take off De Bruyne and conserve his fitness, Arteta turned to Alexandre Lacazette, Emile Smith Rowe and Dani Ceballos in a forlorn attempt to earn a share of the spoils.

City will now be looking to extend their winning run further when they return to Champions League action away to Borussia Monchengladbach on Wednesday night, with Arsenal aiming to see off Benfica in the second leg of their Europa League tie the following evening.