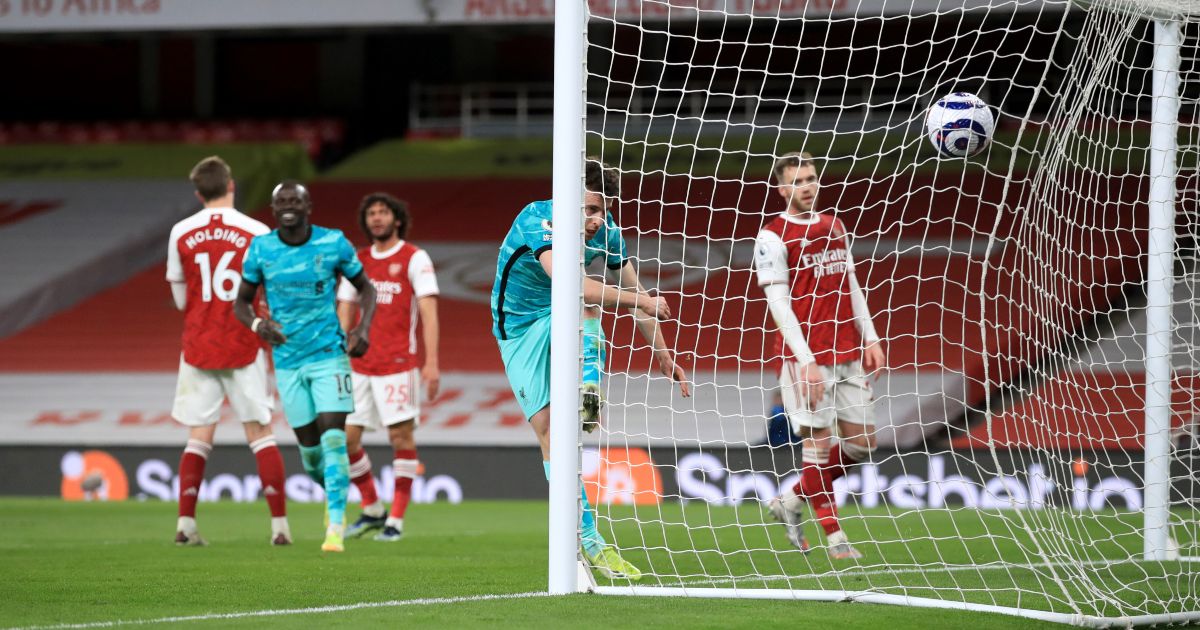 Liverpool warmed up for Real Madrid by dismantling Arsenal in a 3-0 victory at the Emirates Stadium.

With a trip to the Bernabeu in store on Tuesday, Jurgen Klopp will have been delighted with his Champions League quarter-final first-leg preparations on Saturday evening.

The Reds scored three second-half goals to put their hosts to the sword after dominating before half-time without reward.

Diogo Jota broke the deadlock with a header shortly after the hour mark, having only been introduced for left-back Andy Robertson three minutes prior.

Manchester City’s win at Leicester earlier in the day meant Liverpool’s hopes of retaining their title are now mathematically over after a season of mixed performances, poor results and terrible injury problems.

But Klopp’s side were at their scintillating best, dominating an Arsenal side missing a number of their own key players to secure victory.

This was Mikel Arteta’s 50th Premier League fixture in charge of Arsenal and before the game he called for the Gunners to take the game to Liverpool, having won the corresponding fixture last year with a mixture of guile, guts and luck.

But Liverpool were on top from the get-go as the visitors showed their class – specifically in midfield where Thiago and Fabinho were at their best.

Arsenal sorely missed their injured quartet of David Luiz, Granit Xhaka, Bukayo Saka and Emile Smith Rowe – who would have all been likely starters on what would prove to be a galling night for the FA Cup holders.

James Milner came into the Liverpool side and dragged an early shot wide, as did Fabinho.

Sadio Mane then saw a header saved before fit-again Roberto Firmino shot just off target, with the home side unable to keep hold of the ball for any meaningful length of time. 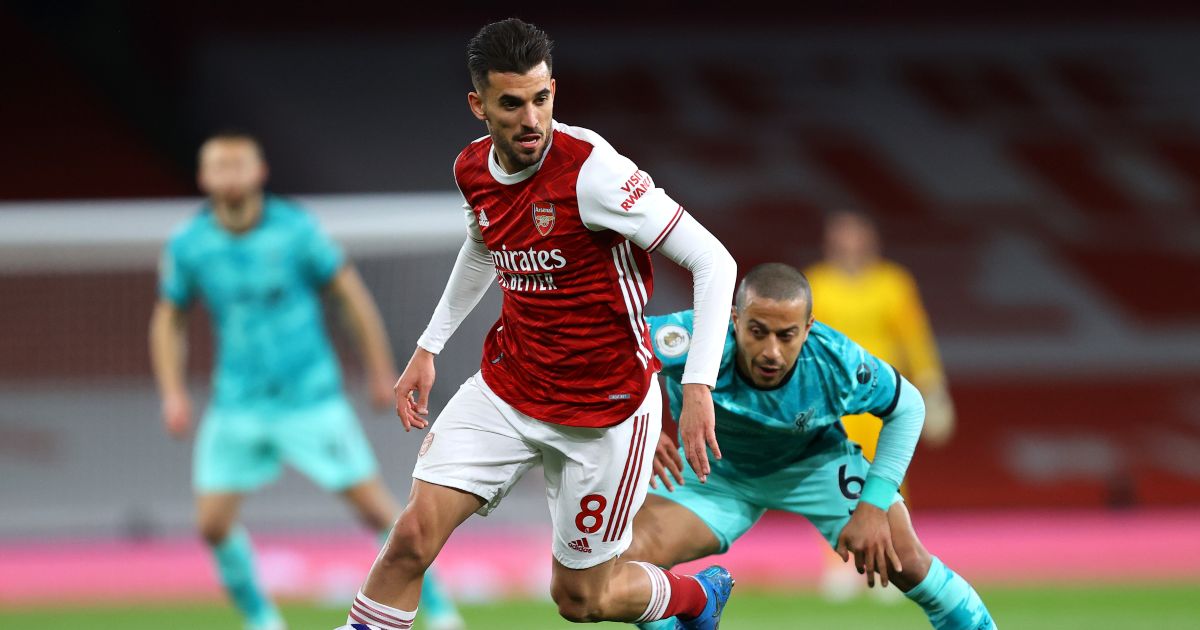 Milner should have scored when picked out free on the edge of the penalty area but sent his effort wide, while Arsenal’s evening was summed up when Kieran Tierney limped off injured just before the break.

The second half would begin in a similar vein with Liverpool again the dominant force. Arteta reacted by introducing Mohamed Elneny in place of the ineffectual Dani Ceballos.

But it would be Liverpool’s first alteration which would prove inspired as Jota replaced Andrew Robertson just after the hour and broke the deadlock with his first chance.

Trent Alexander-Arnold – who had been in the news since failing to make the cut for Gareth Southgate’s England squad – delivered a pinpoint cross that was headed home by Jota as the Reds finally made their dominance pay.

The lead would be doubled soon after, Salah coolly slotting home through the legs of Bernd Leno after proving too strong for Gabriel Magalhaes.

Salah almost had a second as he latched on to a defence-splitting pass from Thiago, with Leno this time staying big and blocking the strike.

Jota turned home the third after Gabriel had gifted Liverpool possession with an errant pass from inside his own box.

A simple win for Klopp’s men saw them move to within two points of the top four, while Arsenal’s dwindling hopes of securing European qualification through their league position suffered yet another blow.