Home Arsenal Arsenal 1-0 Norwich: Aubameyang gets the Gunners off the mark 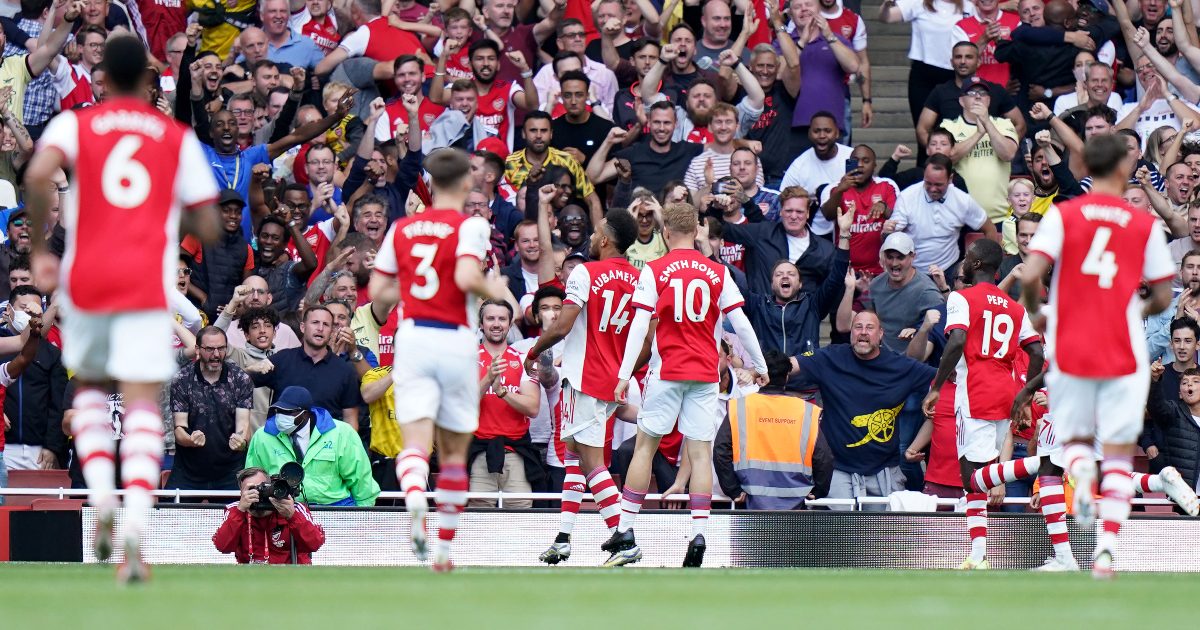 Arsenal forward Pierre-Emerick Aubameyang scored his side’s first Premier League goal of the season as they beat Norwich City at The Emirates.

Both Arsenal and Norwich were without a point in the league heading into this game.

It was Aubameyang who got the decisive goal to get the Gunners’ season up and running.

Arsenal boss Mikel Arteta made seven changes from the galling defeat at Manchester City before the international break as deadline-day signing Takehiro Tomiyasu started at right-back.

The Canaries also showed alterations, four from their loss at home to Leicester, but Daniel Farke is still searching for the winning formula as Norwich drop to the bottom without a point to their name.

Arteta will be hoping this is a turning point for his side, who had not even scored in their first three games, with Aubameyang again proving the scourge of Norwich having hit braces in both games against them in the 2019/20 season.

Arsenal were quick out of the blocks but it was a Norwich counter-attack which had them worried – only for the visitors to be caught upfield, leaving Aubameyang to fire wide with Tim Krul scrabbling back.

Kenny McLean then headed wide after beating Ben White to a Max Aarons cross but the half was one of misplaced passes and attacks that all-too easily broke down.

Arsenal were aiming to find Aubameyang with balls over the top of the Norwich defence and the one which found a way through ended with Aarons being booked for tugging back the Gunners’ captain.

Nicolas Pepe sent the resulting free-kick wide before Tomiyasu’s acrobatic effort flew over the bar at the end of the half.

Norwich were pushed right back immediately after the interval, Bukayo Saka seeing a shot deflected off target, with the impressive Brandon Williams somehow blocking a close-range effort from Pepe soon after.

Arteta reacted by introducing Thomas Partey and Emile Smith Rowe off the bench but it would be Aubameyang who broke the deadlock.

Pepe’s shot was tapped onto the post by Krul and the ball struck a combination of Pepe and Williams, hitting the opposite post and rolling into the path of Aubameyang to turn home into an empty net – with the goal standing after a brief VAR check for offside.

The Gabon international had a fine opportunity to wrap up the points but shot straight at Krul, who them provided a fine stop to prevent Smith Rowe doubling the lead.

Arsenal hearts were in mouths as the clock hit 90 minutes, a low cross into their box fell to Teemu Pukki but Gabriel Magalhaes was on hand with a last-ditch challenge.

A late free-kick into the area saw another Pukki shot blocked as Arsenal hung on to claim a vital three points.