Home Arsenal Arteta: Arsenal are ‘turning one of many corners’ 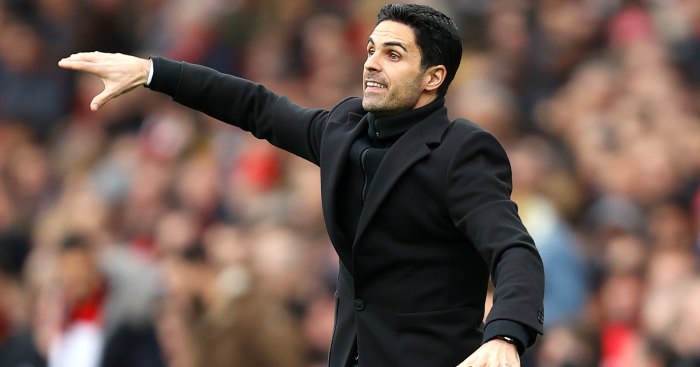 Mikel Arteta believes Arsenal are ‘turning a corner’ following a 1-0 win over West Ham but the manager admits there are plenty of twists and turns to come.

The Gunners looked vulnerable for much of their clash narrow victory despite controlling the vast majority of possession.

The Hammers spurned chance after chance, leaving the door open for Arsenal to capitalise in the 78th minute through Alexandre Lacazette.

The victory breathes new life into the Gunners’ quest for European football next season, and Arteta believes his side have taken positive steps.

Speaking in his post-match interview, the Spaniard said: “We’re turning the corner in terms of results and what I want to see. That ship still has to turn a few times but there are positives we can take.”

Regarding the lengthy VAR delay which followed Lacazette’s winner, Arteta said: “When it was disallowed I said ‘that’s fine’, then my staff said it was a goal and it dragged on so I wasn’t very positive but it was a goal and I’m very happy with VAR tonight.”

Despite obvious weaknesses in the Arsenal squad, one area in which they have plenty of options is in attack.

“I have two strikers that are making things very difficult for me which is a good thing,” he added. “I saw straight away he [Lacazette] was alert, focused and determined.”

Regarding their difficult opponents managed by David Moyes, the man that brought Arteta to England as a player, he said: “He’s a man with incredible values. He showed today the type of manager he is and it was awkward. He was the one who showed the faith to bring me to England.”

Speaking to the BBC after the match, Arsenal goalscorer Lacazette said: “I’m happy to score for the team. We worked hard. It was a difficult game. I’m happy. They deserved more because of the chances they created. This is football, sometimes you don’t get what you deserve.

“It is my job to give the manager a big headache. I’m struggling to make the first team but I’m happy to score again today.

“I know that now I have to play well again the next game. Everyone wants to give their best and it’s normal that whenever we do that we will perform as a team.”