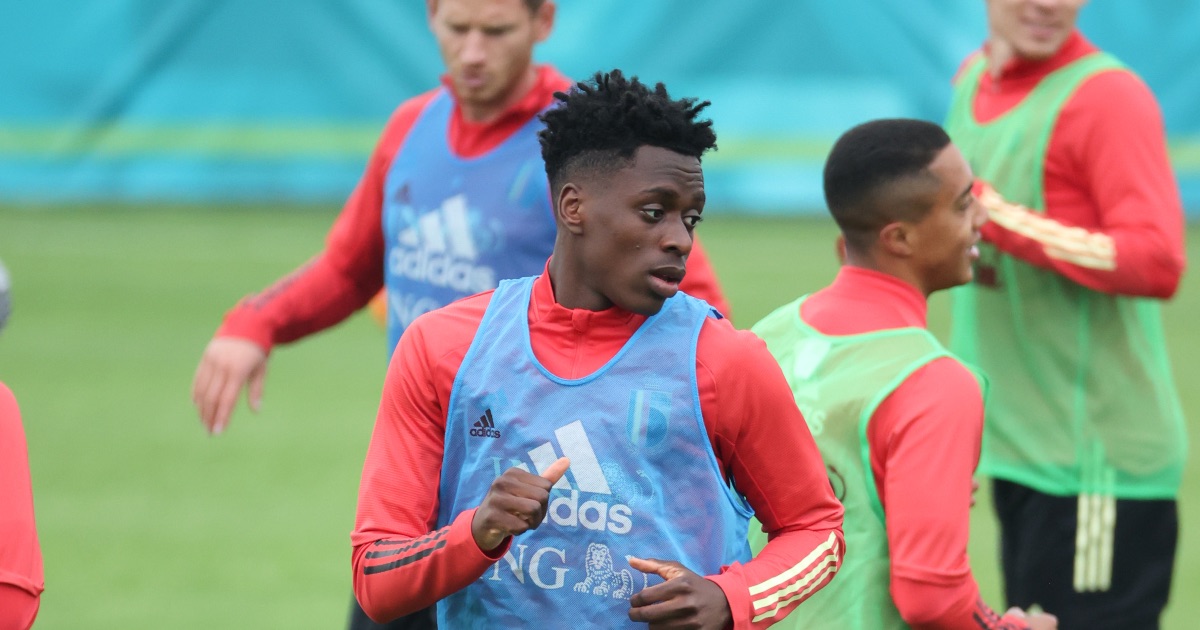 The Gunners have been tracking the 21-year-old over the last two seasons, in which he has made 50 appearances in the Jupiler League, becoming a firm favourite of manager Vincent Kompany.

And The Athletic report that having made an enquiry a few weeks ago, Arsenal have now made a formal approach.

MAILBOX: Why are England fans so miserable? Try watching Spain…

The offer is said to be around £12million, with the Belgian side holding out for a bid in the region of £17million.

Midfield signings are a priority for Mikel Arteta and Edu this summer, with a number of players set to leave the club.

Both Matteo Guendouzi and Lucas Torreira – who spent last season on loan – have been made available for transfer, with Marseille said to be close to a deal for Guendouzi and Torreira is desperate to play in Argentina.

New Roma boss Jose Mourinho is thought to be very keen on a move for Granit Xhaka, though the Serie A club are reportedly some way short of Arsenal’s valuation.

And the club are set to hold talks with academy product Joe Willock, who impressed in his short spell on loan at Newcastle last season.

Lokonga is capable of playing as a defensive midfielder or in a box-to-box role, with Arteta said to be particularly impressed by his passing range and ability to drive forward with the ball.

He earned his first call-up to Roberto Martinez’s senior Belgium squad in March and is on their standby list for Euro 2020.

“I will not go to a club which is inferior to Anderlecht,” Lokonga told Belgian media last month. “I will only leave Anderlecht if all the ingredients are there. Yes, I feel ready to take a step forward and rub shoulders with great players, but everything will depend on the proposals that will be made during this summer.”