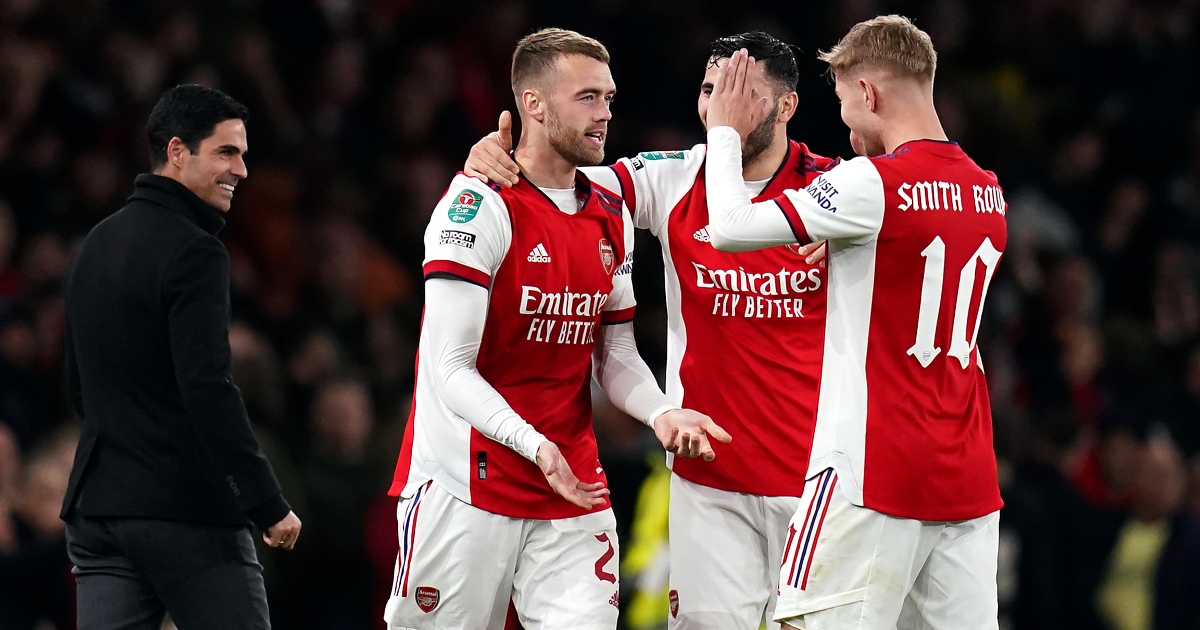 Calum Chambers struck with his first touch to help Arsenal defeat Leeds United 2-0 in the Carabao Cup round of 16.

The defender has rarely featured this season but scored moments after replacing the injured Benjamin White for his first goal in over two years before former Leeds loanee Eddie Nketiah wrapped up the win with a tap-in.

Arsenal have now won six out of their last eight games in all competitions and are unbeaten since August.

Leeds, who are struggling for form in the Premier League, had the better of a poor first half and can at least point to Kalvin Phillips coming through 90 minutes unscathed as a positive from the evening.

Sead Kolasinac, back in the Arsenal side for a scarce outing, came close to breaking the deadlock as his acute shot was saved by Illan Meslier.

Leeds looked lively on the break and goalkeeper Bernd Leno had to be quick off his line to prevent Dan James tucking home a simple long ball over the top of the Arsenal defence.

Leno has lost the first-choice position to Aaron Ramsdale in recent weeks but was also alert enough to make a fine low save to keep out Jack Harrison’s low effort.

Arsenal were disjointed for much of the half, with club-record signing Nicolas Pepe flattering to deceive as their must-changed line-up failed to spark.

Mikel Arteta had opted to start the game with White and Emile Smith Rowe the only two retained from Friday’s 3-1 league win over Aston Villa.

White, a former Leeds loanee, was impressive in carrying the ball out from the back but the risk of playing him backfired when he limped off injured just 10 minutes into the second half.

Chambers replaced the summer signing and made an instant impact, heading the hosts ahead with his first touch, getting enough on a Pepe knockback to squeeze the ball over the line.

Arsenal were now the better side, breaking at the visitors more regularly as Marcelo Bielsa turned to his bench to introduce the likes of Joe Gelhardt, Crysencio Summerville and former Arsenal youngster Sam Greenwood.

But it was another player who spent a spell at Leeds who doubled Arsenal’s advantage as Nketiah latched onto a weak defensive header from Liam Cooper, rounding Meslier and doing his best to miss the tap-in before wheeling off in celebration.

Rob Holding was also later forced off, seemingly with cramp, but Arsenal’s unfamiliar backline never looked troubled in the closing stages as they saw out stoppage time to advance.