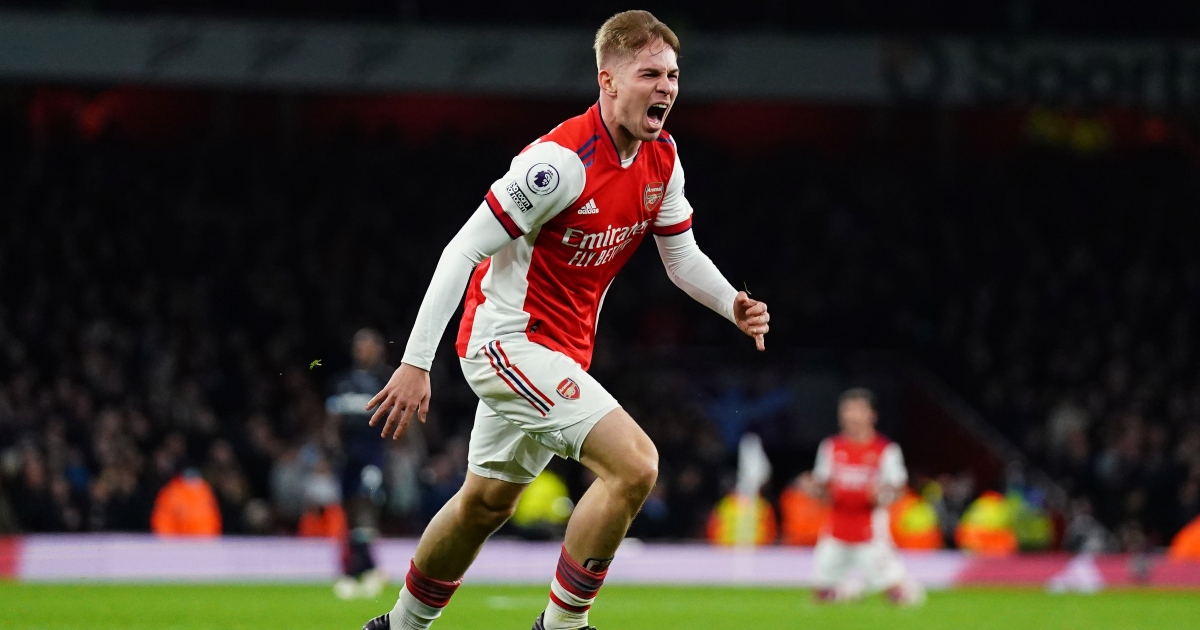 Arsenal have moved into fourth-place in the Premier League after a 2-0 win against West Ham at the Emirates Stadium.

Gabriel Martinelli, profiting from Pierre-Emerick Aubameyang’s enforced absence from the squad with a rare run in the Gunners starting line-up, tucked in his second goal of the season early in the second half.

And substitute Emile Smith Rowe doubled the lead late on after Alexandre Lacazette had missed a penalty.

Ranking every Arsenal star on whether they should be captain

It was enough to inflict defeat on an increasingly weary-looking West Ham side, whose own charge for a Champions League spot has slowed to a crawl in recent weeks.

To add to their problems they were reduced to 10 men when Vladimir Coufal was sent off for bringing down Lacazette, who saw his subsequent penalty saved by Lukasz Fabianski.

Tackles were flying in early on in a feisty London derby with Coufal booked for an early forearm into the face of Kieran Tierney which would later prove costly.

West Ham had the best chance of the opening stages with Jarrod Bowen’s free-kick finding its way to Pablo Fornals on the edge of the area.

The Spaniard took a touch before curling his shot inches wide of the far post.

But as the first half wore on Bukayo Saka was beginning to enjoy more and more space down West Ham’s left.

The England winger tip-toed past Arthur Masuaku and into the area again before squaring for Granit Xhaka, whose close-range shot was blocked.

The ball fell to Tierney on the edge of the area and his fierce, swerving strike was acrobatically touched onto the crossbar by former Arsenal keeper Fabianski.

Fabianski saved again before half-time, low down to his left to deny Lacazette, with Craig Dawson just getting a foot to the rebound to prevent Martinelli from snapping it up.

But Martinelli did not have to wait long before giving Arsenal a deserved lead.

Two minutes into the second half Lacazette – again named Gunners skipper with Aubameyang exiled from the team – slipped Martinelli in between Coufal and Dawson and the youngster kept his head to stroke a low finish past Fabianski.

West Ham conceded the penalty and were reduced to 10 men when Lacazette went down in the 66th minute.

Coufal, who had touched the ball but also got a chunk of the man, trudged off after receiving an inevitable second yellow card, but Fabianski kept West Ham in the match with a fine save.

However, Smith Rowe settled it with three minutes remaining, taking Takehiro Tomiyasu’s pass before cutting inside and firing into the bottom corner.