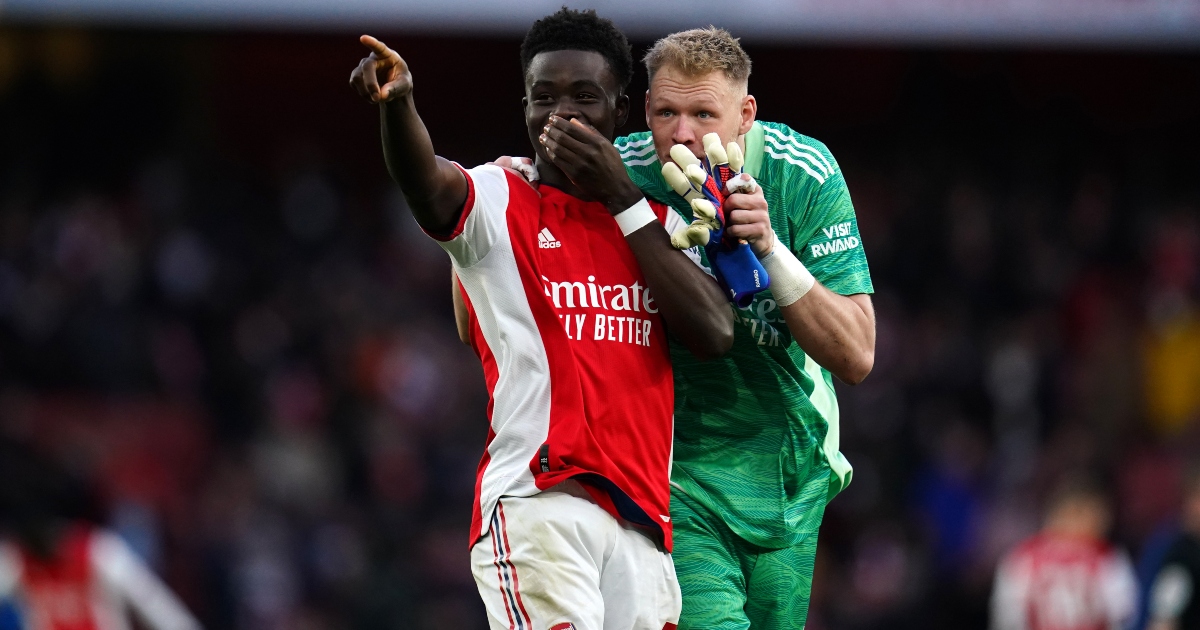 The win drew Arsenal level on points with West Ham in fifth and left them just a point off Manchester United, who occupy the final Champions League place.

The Gunners also have two games in hand on United, who face a trip to Leeds on Sunday afternoon.

Smith Rowe was recalled in the only change from Arsenal’s win at Wolves, replacing the suspended Gabriel Martinelli in Mikel Arteta’s side.

But it was shaping up to be a frustrating afternoon for the hosts, who had seen the majority of their top-four rivals drop points since they were last in action.

They had 16 shots in a dominant first half, albeit only registering two efforts on target, with Saka poking wide when well-placed.

Alexandre Lacazette thought he had broken the deadlock but his effort was ruled out by a narrow offside call.

Brentford, again without top-scorer Ivan Toney and new recruit Christian Eriksen, created very few chances in a half where they seemed focused on keeping Arsenal at bay.

That game plan fell by the wayside just three minutes after the interval as Smith Rowe skipped inside two defenders and saw his low shot beat David Raya in the Brentford goal.

Even after falling behind, the visitors struggled to really muster up the opportunities to threaten the Arsenal lead.

Bryan Mbeumo and Yoane Wissa were feeding on scraps up front and it was no surprise when the home side doubled their lead.

Lacazette won a tussle with Bees skipper Pontus Jansson, with the ball finding its way through to Saka, who coolly slotted home from just inside the box.

Jansson was incensed not to have been awarded a free-kick for a foul by Lacazette, earning a booking from referee Jon Moss, who had also managed to rile the home fans with a number of decisions they felt went against their side.

The result keeps alive Arsenal’s hopes of ending their five-year Champions League exile and they host Wolves on Thursday looking to rack up a win in one of their rescheduled games.

Brentford, though, have now won just one of their last 10 league outings and could take little consolation from Norgaard’s bundled effort at the end of stoppage time as VAR overturned an offside call.