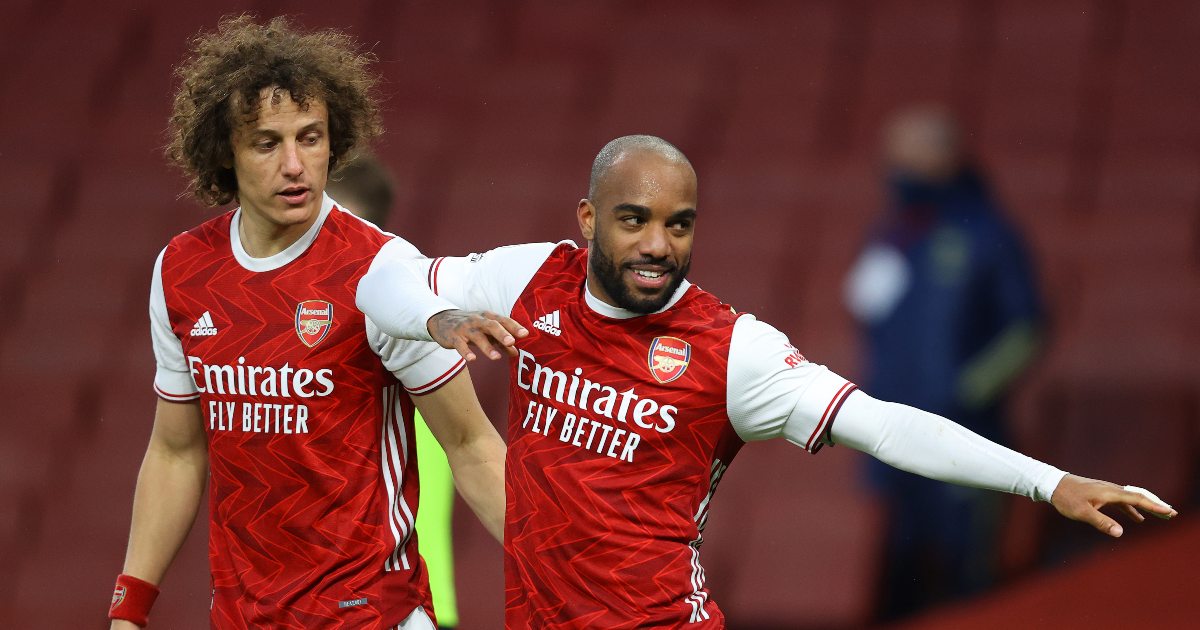 Alexandre Lacazette scored Arsenal’s winner from the penalty spot as they downed 10-man Tottenham despite captain Pierre-Emerick Aubameyang being dropped due to disciplinary issues.

The striker was only named among the substitutes as the club confirmed a breach in pre-match protocol ahead of the north London derby – but his team-mates would win regardless, coming from behind to secure a 2-1 victory.

Lacazette turned home a second-half penalty after Martin Odegaard had earlier cancelled out a sublime rabona finish from Spurs substitute Erik Lamela – who was sent off for picking up two quick bookings as the visitors chased the game.

With both sides very much on the periphery of the race for the Premier League top four and no Emirates Stadium crowd, it felt like a shadow of previous north London derbies.

But this was a big win for Arsenal and manager Mikel Arteta, especially after his decision to axe Aubameyang before kick-off.

The Spaniard had lost his previous two games against Spurs as Arsenal boss – but he got the better of Jose Mourinho to move within four points of their neighbours in the table.

While Lacazette replaced Aubameyang, Emile Smith Rowe and Cedric Soares were also recalled into the Arsenal side.

Both would see efforts hit the woodwork either side of a breathtaking moment of skill from Lamela.

The Argentinian forward had replaced Son Heung-min, who pulled up injured less than 20 minutes into the contest.

His first involvement was to take a pass from Lucas Moura and direct a rabona finish along the ground and into the corner of Bernd Leno’s goal.

Arsenal would deservedly go in level at the interval as Odegaard scored his first Premier League goal – his tame effort deflecting off Toby Alderweireld and past Hugo Lloris.

Arteta introduced Nicolas Pepe for Bukayo Saka at the break, while Mourinho would turn to his bench as Moussa Dembele and Dele Alli replaced Gareth Bale and Tanguy Ndombele.

But just moments after Alli’s introduction, the visitors would find themselves behind as referee Michael Oliver adjudged that Davinson Sanchez had wiped out Lacazette in the box.

The VAR was in agreement and Lacazette dusted himself off to send Lloris the wrong way and score the 20th penalty in Premier League games between the two sides, the most in any fixture in the competition’s history.

Tottenham’s task of earning a result was made all the harder as Lamela was dismissed for two bookings in seven minutes.

The first was for a late lunge on Thomas Partey and he was given his marching orders soon after for raising his arm in a challenge with Kieran Tierney.

Harry Kane endured a quiet afternoon leading the line for Spurs but thought he had headed them level – only to see his 83rd-minute header chalked out for offside.

He then arrowed a late free-kick past Leno but against the post as the numerical advantage was failing to show for a nervy home side.