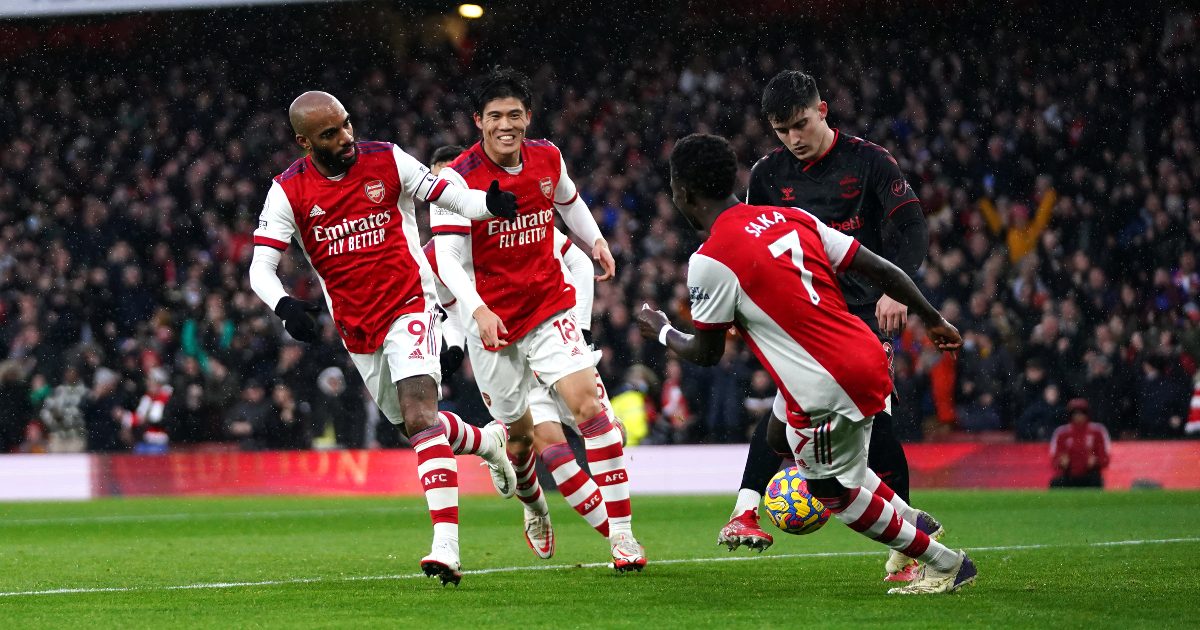 Pierre-Emerick Aubameyang missed the game against Southampton due to a disciplinary breach.

Odegaard continued his good form as he scored after Lacazette had made it 1-0. Gabriel put the result beyond doubt in the second half.

Arsenal manager Arteta explained the absence of Aubameyang before kick-off, confirming the forward was missing due to a “disciplinary breach”.

Aubameyang – who was also left out of the side for the north London derby with Tottenham in March for disciplinary reasons – had been dropped to the bench for Monday’s defeat at Everton, prompting questions about the striker’s future at the Emirates Stadium.

And Arteta stuck with the same starting line-up with Lacazette once again wearing the captain’s armband.

Southampton manager Ralph Hasenhuttl, meanwhile, made five changes to the team that started in last weekend’s draw with Brighton including debut for goalkeeper Willy Caballero, 40, who joined Saints last week after Alex McCarthy and Fraser Forster were ruled out.

Caballero, who was on the bench when Chelsea won the Champions League in May, was making his first Premier League appearance in 15 months.

But it was opposite number Aaron Ramsdale who was the busier of the two keepers during the opening period of the game.

The Arsenal man was forced into a hurried save to keep out an Adam Armstrong effort before diving low to his right to keep out a James Ward-Prowse free-kick.

Arsenal had offered little as an attacking force but found a way through Southampton’s defences with an incisive counter-attack to establish a 21st-minute lead.

Right-back Takehiro Tomiyasu released Bukaya Saka who advanced down the right before pulling a low cross back towards Lacazette who beat Caballero with a first-time finish from 12 yards out.

The goal shifted the momentum of the game in Arsenal’s favour and Arteta’s side doubled their lead six minutes later.

On this occasion Arteta’s side switched the play from left to right from where Tomiyasu delivered a cross to Kieren Tierney at the far post.

The left-back’s first attempt to deliver the ball back into the middle of goal was blocked but he directed his second effort towards Odegaard who headed home from close range in the 27th minute.

Southampton appeared vulnerable whenever Arsenal pressed forward and the home side had chances to add to their lead before the break, particularly when Lacazette was halted by Kyle Walker-Peters’ last-ditch tackle.

The third goal eventually came in the 62nd minute when Gabriel headed home from Gabriel Martinelli’s corner three minutes after the Gunners defender had a scrambled effort ruled out for offside.

Martinelli and Saka then both hit the woodwork and Caballero saved well from Tomiyasu as Arsenal threatened to overwhelm the visitors.