Home All The News Arsenal 5-1 Everton: The Gunners made to settle for Europa League football as Spurs finish fourth 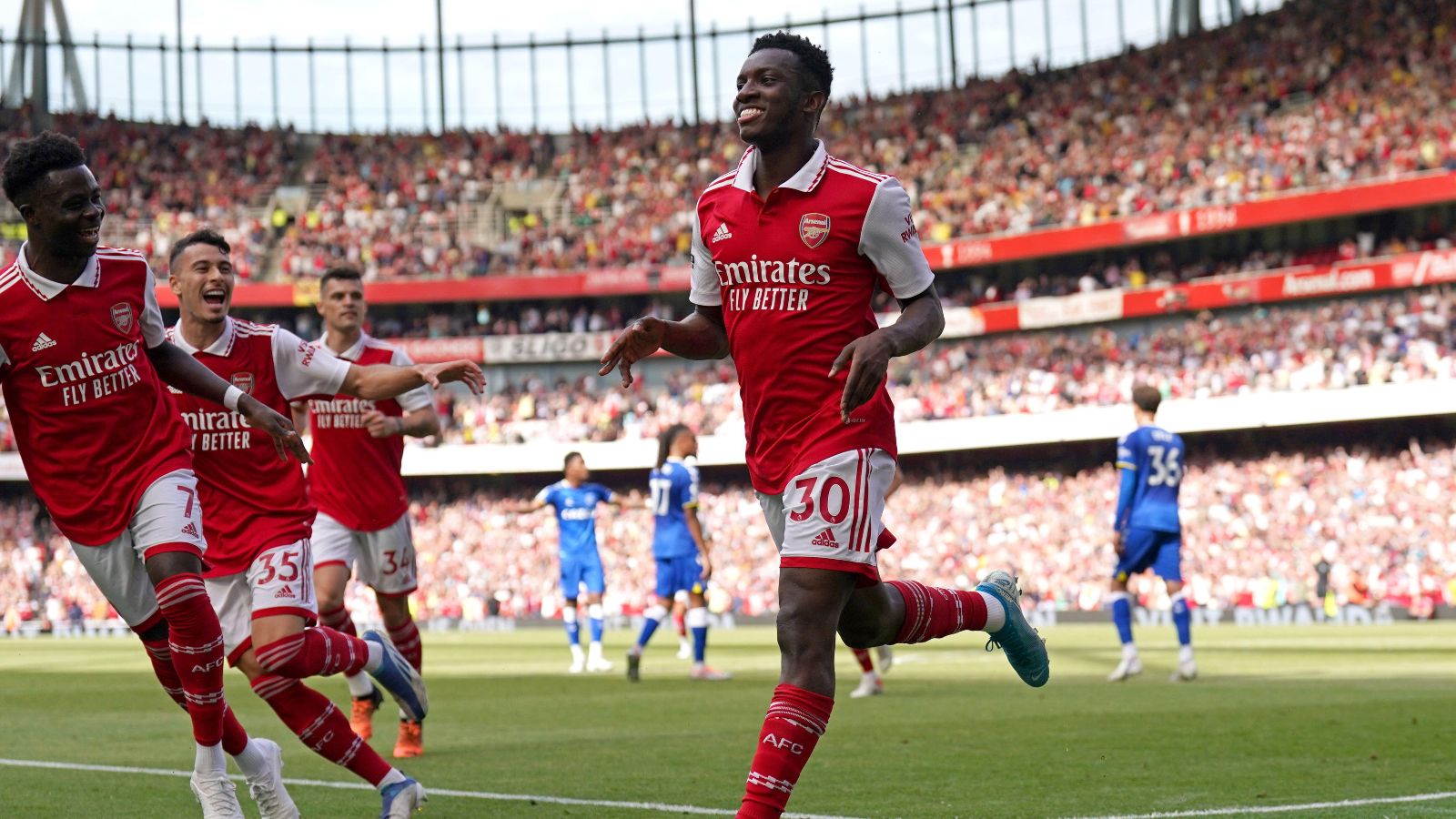 Arsenal earn a big win on the final day against Frank Lampard’s Everton but they are made to settle for Europa League football in 2021/22.

Recent defeats against Tottenham and Newcastle did the damage for Arsenal who end up fifth in the table.

Instead, they had to sign off a disappointing season by crushing an Everton side that had climbed their Everest on Thursday night by delivering a stunning comeback win against Crystal Palace to escape relegation with a game to spare.

Frank Lampard made six changes and beyond a lone strike by Donny van de Beek, they played like a team who had already checked out knowing their season had been saved.

They were particularly vulnerable at corners with Arsenal engineering three of their five goals from the set piece and they looked in danger of capitulating right from the start.

Arsenal had lost the last three Premier League meetings between the rivals but as they poured forward with Bukayo Saka shooting high, that run looked certain to end.

Martinelli aimed a powerful shot on the turn directly at keeper Asmir Begovic as pressure grew on the visiting goal.

Everton had barely ventured from their own half inside the opening 20 minutes but when they did Demarai Gray was kept out by Aaron Ramsdale after being set-up by Dele Alli.

The one-way traffic quickly resumed, however, and when VAR intervened for an Alex Iwobi handball, Martinelli smashed the ball past Begovic.

Four minutes later and Arsenal had surged 2-0 ahead as a scruffy corner was worked to Nketiah by accident as much as design and the forward nodded home from close range.

Everton were in danger of being overwhelmed yet with the help of leaden footed home defence they pulled a goal back through substitute van de Beek, who slotted in Dominic Calvert-Lewin’s pass without breaking stride.

It then became the visitors’ turn to lose concentration as Saka worked a corner to an unmarked Soares and the Portugal right-back produced a mighty shot that gave Begovic no chance.

Gabriel Magalhaes was the next to profit from good work at a corner as he blasted in the fourth and by the 82nd minute it had become a rout as Odegaard found the bottom left corner despite his attempt lacking any real power.