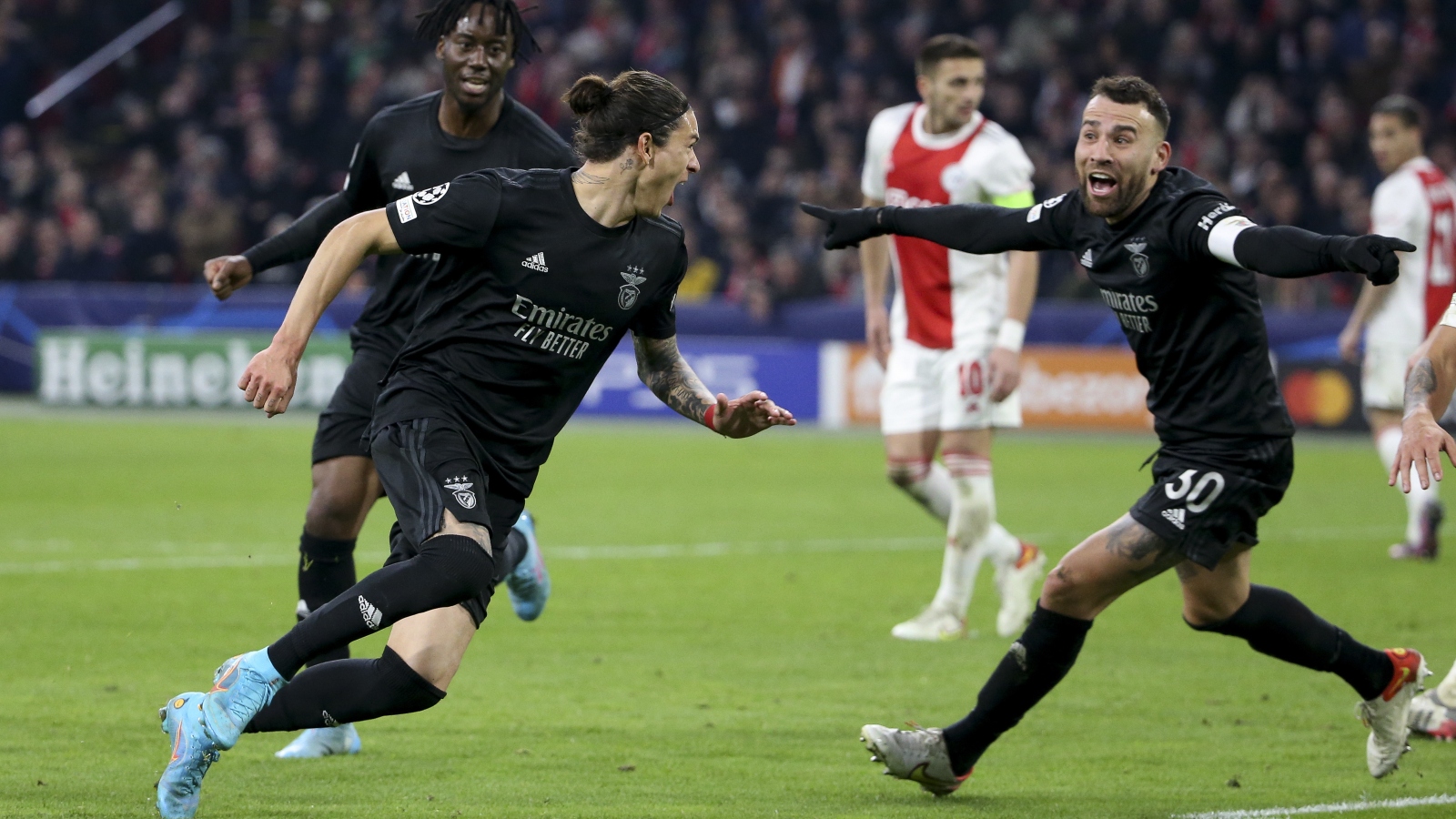 Arsenal have extended their striker shortlist to six names after missing out on Dusan Vlahovic in January, according to reports.

The Gunners were eager to sign the Serbia international in the January transfer window, but the striker was not interested in joining the Premier League club.

He joined Juventus from Fiorentina late in the winter window, signing a four-and-a-half-year contract after a £63m deal was agreed.

That Arsenal agenda and other bollocks in the Mailbox

Arsenal terminated Pierre-Emerick Aubameyang’s contract at the end of January as he joined Barcelona on a free transfer, while Eddie Nketiah and Alexandre Lacazette will be out of contract in the summer with no contract renewals on the horizon.

Now the Gunners are likely to target a couple of strikers in the summer transfer window and the Daily Express reckons their shortlist has now swelled from three names to six.

Real Sociedad’s Alexander Isak, Jonathan David of Lille and Everton’s Dominic Calvert-Lewin were also linked at the same time as Vlahovic but after the Serbian rejected the Gunners they added three more names.

Benfica’s Darwin Nunez, Napoli’s Victor Osimhen and Southampton loanee Armando Broja are the latest names on the list, while talks have ‘already taken place’ with Nunez.

Arsenal know they ‘won’t be alone’ in their pursuit of the €65m-rated Benfica forward after he has scored 24 goals in 31 appearances in all competitions this season for the Portuguese outfit.

Nunez ‘fits the profile’ Mikel Arteta is looking for but there will be fierce competition from fellow Premier League sides Newcastle United and West Ham.

On Napoli’s Osimhen, the report insists that his £80m price tag ‘could rule the Nigerian out of the running’ despite his impressive scoring record.

One player who is easing Arteta’s goalscoring worries is Gabriel Martinelli with the 20-year-old recently called up to the senior Brazil squad for the first time ever.

On the moment he found out about his call-up, Martinelli told Globo: “When I got home [from training], I went through the door, sat on the couch with my dad, and Tite started saying the summons.

“I was very happy, with my father, my agents were also here. It was a very special moment, for being the first. It will forever be etched in my memory. As I said, I’ll try to make the best of it.”

Martinelli added: “Everyone has a great affection for Brazil, the players of our team when they talk about Brazil know that we had many quality players and we still have them today.

“Lacazette always makes fun of me and Gab [Gabriel Magalhães]. Even being from other countries, there is this recognition of the Brazilian team. In my opinion, it remains one of the greatest shirts in the world.”