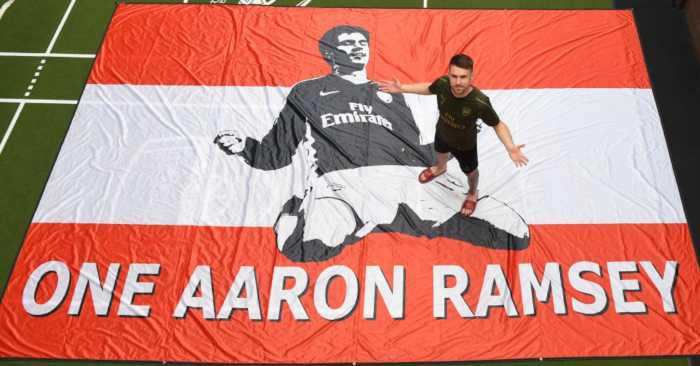 Arsenal admit they “can’t be in a situation where we’re allowing players to walk out the door for free” in the future.

Aaron Ramsey will leave the Gunners this summer to join Juventus as a free agent after his contract in north London was allowed to run down.

The Welshman is theoretically enjoying his peak years at 28 – although the same could have been said of Alexis Sanchez when he joined Manchester United at the age of 29 in a similar scenario.

Managing director Vinai Venkatesham, who took part in a revealing interview alongside director of football Raul Sanllehi, admits Arsenal must make “the difficult decisions” with regards to expiring contracts in the future.

“We need to be sure that when we are selling players we are maximising the funds that we can get when we sell players, because all of those funds just get reinvested back into the team,” he told Arsenal’s official website.

“We need to make sure we are really disciplined. A good example of that is senior players that aren’t towards the end of their careers, we need to make sure that those players, when they’ve got two years left on their contract, we’re making the difficult decisions.

“We’re either renewing those players’ contracts, or we’re selling those players. So we’re going to have to be brave with those decisions along the way, because we can’t be in a situation where we are allowing players to walk out the door for free unless they are coming towards the end of their career.”