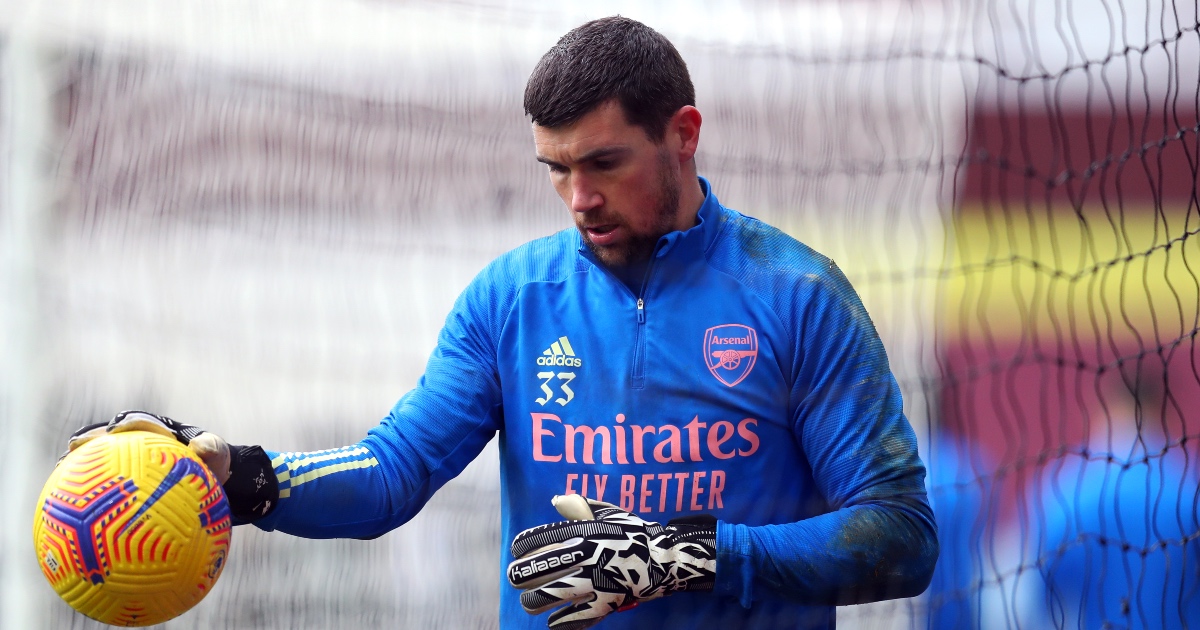 Arsenal are in ‘advanced talks’ with Brighton over a permanent deal for keeper Mat Ryan, according to reports.

The Australian shot-stopper joined Arsenal on loan in January following the arrival of Robert Sanchez at the Amex Stadium.

Ryan has featured twice for the Gunners since his move and operates as a backup for Bernd Leno.

According to Football Insider, Arsenal are keen to sign him permanently and have started discussions about a deal.

They’re confident that a move will be finalised in the coming weeks, as talks are progressing well.

Arsenal were interested in a permanent deal in January but were put off by Brighton’s valuation.

They wanted £10million for Ryan, who is an experienced international keeper.

Arsenal didn’t want to pay that much for a backup player and instead decided on a loan move.

Ryan will soon be entering the final 12 months of his Brighton contract, meaning the Seagulls will have to lower their asking price.

The 29-year-old was originally brought to the Emirates as a replacement for Emi Martinez, who decided to join Aston Villa in search of game time.

That move has worked out well for Martinez, with the Argentinian now one of the most respected keepers in the top flight.

For Ryan, however, it will be harder to become Mikel Arteta’s number one.

The Gunners have put their trust in Leno and see him as their long-term keeper.

He’s made 30 appearances in the Premier League this term, keeping nine clean sheets.

The summer transfer window looks set to be a busy one for Arsenal.

Eddie Nketiah, who earned them a point against Fulham at the weekend, is closing in on a West Ham move.

Arsenal have offered a new contract to Folarin Balogun, allowing his team-mate to leave.

Ainsley Maitland-Niles and Lucas Torreira are also being linked with moves. Maitland-Niles has caught the attention of Leeds and Crystal Palace during his successful loan spell.

Torreira is pursuing a Boca Juniors transfer following the death of his mother, as he wants to be closer to his family.

Arsenal’s next game is against Everton on Friday evening.