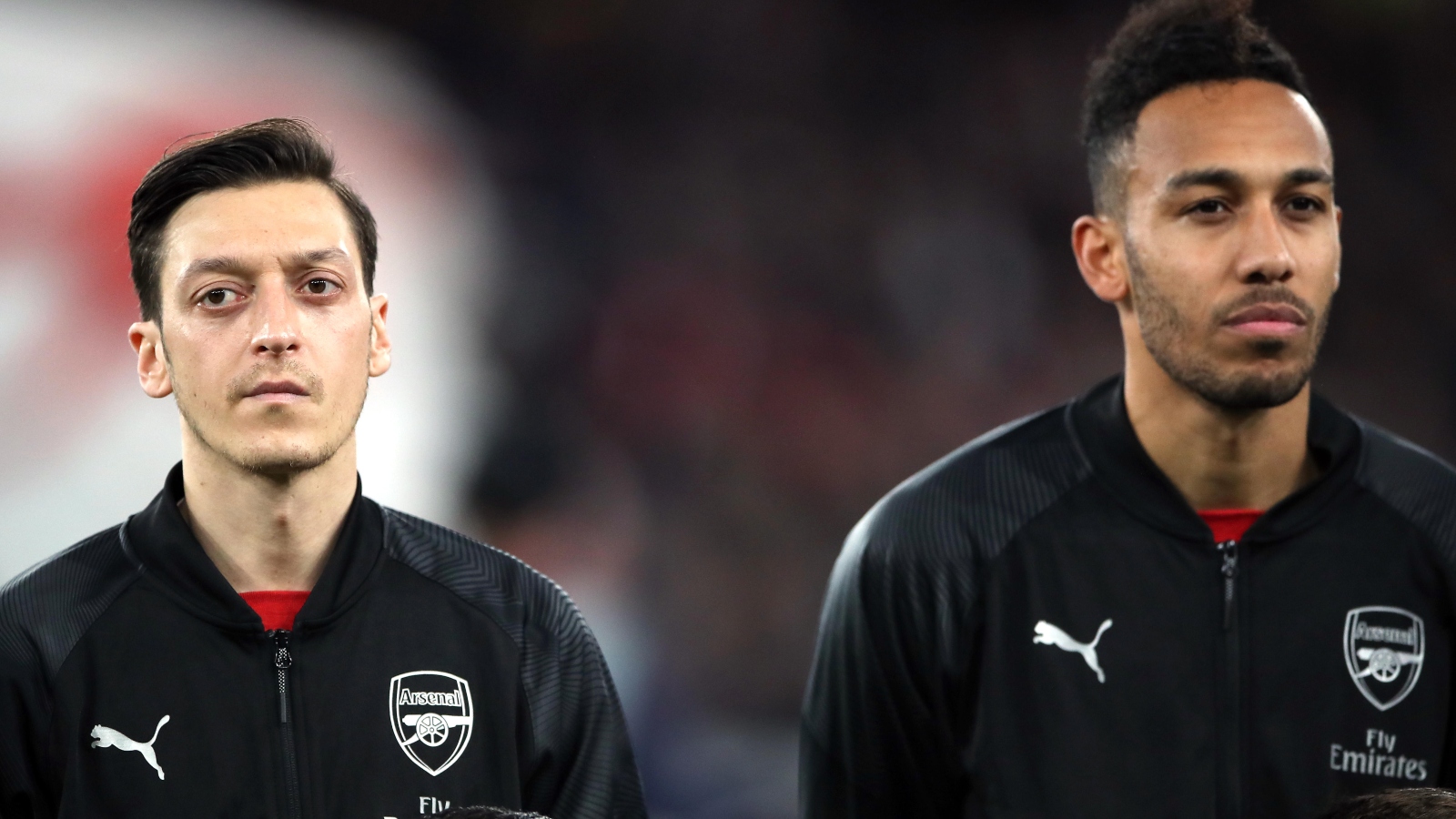 Mesut Ozil’s agent has claimed his client “could never play for another English club”, unlike Pierre-Emerick Aubameyang, due to his love for Arsenal.

The German playmaker joined the Gunners from Real Madrid in September 2013.

The Premier League side smashed their club-record transfer to sign the then 24-year-old, who was widely regarded as the best attacking midfielder in world football.

Ozil made an immediate impact at the Emirates as Arsenal mounted a title challenge before falling away towards the end of the season.

He did help the club win their first trophy in eight years, however, with an FA Cup final win over Hull City ending their famous trophy drought.

His Arsenal exit was acrimonious at best, with his former teammate and then manager Mikel Arteta banishing him from the first-team squad before the club eventually got his mammoth £350,000-a-week wage off the books.

There was a poor atmosphere at the Emirates around the time of Ozil’s exit.

There were rumours that he was ostracised after speaking out on China’s persecution of the Uighur population in Xinjiang.

Arsenal distanced themselves from their player’s comments as they hoped to limit any damage to their business interests in China.

There were a number of leaks coming out of the club – much like there was at Manchester United last season – and many believed that Ozil was the man behind the information getting out.

However, speaking to Tribal Football, Ozil’s agent, Dr. Erkut Sogut has revealed that the former German international is ‘still a welcome guest’ in north London.

Sogut admitted that ‘relationships soured’ between his client and Arsenal management, but not as badly as was reported by the media.

Ozil is apparently very close with several current Arsenal stars, including winger Bukayo Saka, who was breaking into the first team around the same time the 34-year-old was being eased out.

The Arsenal icon is currently with Istanbul Basaksehir after his time with Fenerbahce also ended in difficult circumstances.

In the same interview, Sogut said Ozil would “never play” for another club in England, taking a swipe at his former teammate Aubameyang in the process.

Aubameyang left the Gunners this year after falling out with Arteta, joining FC Barcelona.

Sogut says Ozil is “not like Aubameyang”, hinting that his love for Arsenal is too strong to ever consider joining another English club, let alone rivals Chelsea.

“He could never play for another English club, he’s not like Aubameyang,” Sogut said.

“He loved his time at Arsenal & is still in contact with a lot of players, not least Saka, they have a special relationship.”

Chelsea host Arsenal in the Premier League this weekend, in what will be a spicy affair.

The Gunners have only lost once in the league this season and sit top of the table, while Graham Potter’s men were battered 4-1 by Brighton on Saturday.

Confidence is high in north London after they dismantled Nottingham Forest on Sunday, winning 5-0.