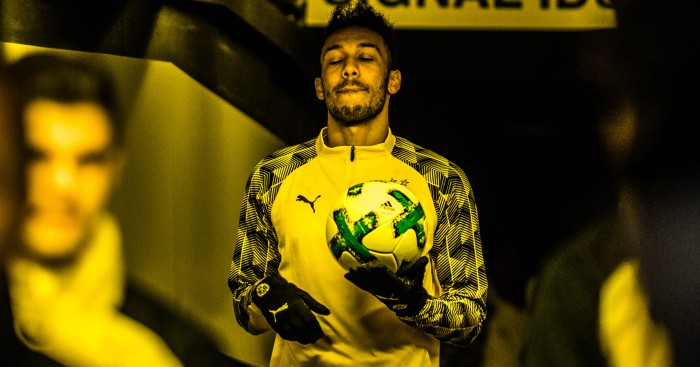 Arsenal have reportedly struck a deal with Borussia Dortmund to sign Pierre-Emerick Aubameyang.

The Gunners had at least two offers rejected, with the second of those said to be worth £50million, but Dortmund were insisting upon at least another £10million to consider selling the Gabon striker.

According to The Telegraph, it seems the two parties have met somewhere near the middle, with a deal of £55.4million (63million euros) having been agreed.

Aubameyang will reportedly be paid £180,000 a week during the duration of a contract that will run until 2021.

German outlet Bild says the deal will also include performance-related add-ons, and they also claim Michy Batshuayi will head to Dortmund on loan for the rest of the season to replace Aubameyang.

The Gabon striker was named in the Dortmund XI for the draw with Freiburg on Saturday after sporting director Michael Zorc had told Arsenal that the 28-year-old would only be sold if their demands were met.

On Sunday night, it was reported that Arsenal were close to agreeing a £60million fee, which could be the total should the add-ons be payable.

BREAKING: Arsenal close to reaching agreement to sign to striker Pierre-Emerick Aubameyang from Borussia Dortmund for club-record fee in region of £60m. Transfer won’t be sanctioned until #BVB have replacement lined up – remains unclear if that will be Olivier Giroud or not #AFC

The Bundesliga club had been linked with Arsenal’s Olivier Giroud but the rance striker was said to have reservations about moving to Germany.