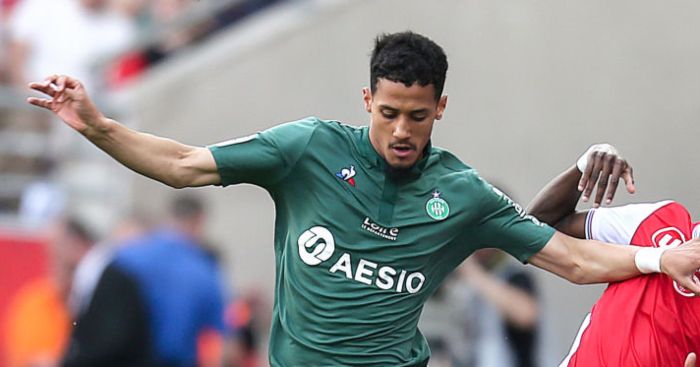 Arsenal have agreed a five-year contract with William Saliba ahead of a possible deal which would see him loaned back to Saint-Etienne for a season.

Saliba has been linked with a number of leading European clubs, including both Manchester sides and Borussia Monchengladbach.

But Arsenal appear to have edged ahead in the race, with FootMercato reporting that they have agreed terms with the player himself.

They say that Saint-Etienne became ‘aware of having a real nugget in their hands’ after the 18-year-old broke into the first team midway through the campaign, and so quickly extended his contract to run until 2023.

It is a deal Saliba will not honour in its entirety, however, as Arsenal ‘have concretely accelerated’ on their interest and have ‘found an agreement’ with the centre-half over a long-term contract.

Arsenal will now negotiate a deal with Saint-Etienne – oh for the days of tapping-up – over a player valued at a reported £25m.

And French newspaper L’Equipe suggest that might be a mere formality, with the idea of Arsenal signing Saliba permanently but sending him back to the French club on loan for the season.

That ought to bring the fee down somewhat, although it leaves Arsenal spending a fair portion of their total £40m budget on a teenager they won’t play for 12 months.