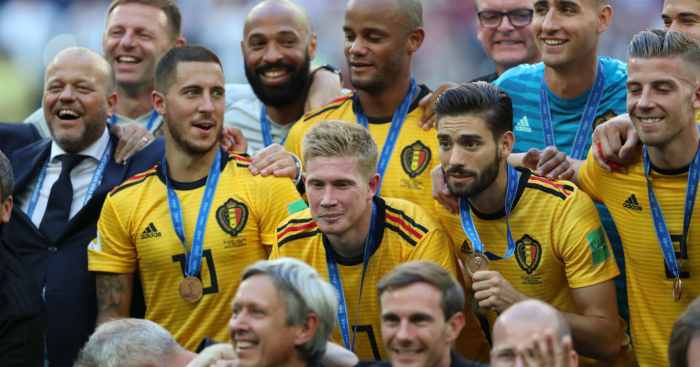 Arsenal are close to striking a deal with Dalian Yifang to bring Yannick Carrasco to the Emirates Stadium after agreeing terms with the Belgian, according to reports.

The Premier League side came close to landing him in January, with the two clubs unable to agree on a fee at that time.

The Belgian move to the Far East in February 2018 but has failed to settle in China and has long been touted for a move back to Europe.

And after Carrasco confirmed he was leaving the Chinese Super League side this summer, the 25-year-old admitted over the weekend that talks were well underway with an unnamed club.

The likes of AC Milan and Roma have also been linked with Carrasco, but Belgian media suggested it was Gunners boss Unai Emery who was finally poised to land his long-term target.

And now the imminent transfer has been reported by Italian journalist Pietro Prota, who works for SportMediaSet.

He claims the Champions League finalist has already agreed personal terms with Arsenal and that an agreement – worth an estimated €30m plus add-ons – was close to being finalised between the two clubs.

He tweeted: ‘News about Carrasco: There’s an agreement between the Belgian and Arsenal. Gunners are dealing with Dalian Yifang and they’re very close to finding an agreement for about 30 million + bonuses. Updates will follow.’

🏴󠁧󠁢󠁥󠁮󠁧󠁿 News about #Carrasco: there’s an agreement between the belgian and #Arsenal. Gunners are dealing with #DalianYifang and they’re very close to finding an agreement for about 30 million + bonuses. Updates will follow.

Speaking to Belgian website Nieuwsblad, Carrasco provided an update on the negotiations over the weekend and also explained why he was so keen to leave China.

“There is now an offer on the table and the negotiations with my agent are progressing well,” he said.

“I am the most important player in the club, but I hope the chairman understands me.”

It had been well-documented that Carrasco had struggled to adapt to life in Asia and after losing his place in the Belgium side he was intent on a move back to Europe after leaving Atletico Madrid in February 2018.

“From a family point of view, I would rather play in Europe and stay closer to my family. The adjustment for my family was also difficult over there.

“I have become a lot more mature and have learned a lot. Also on the field, where I had to take my responsibility and the team had to bear. But my wish now is to return,” he added.