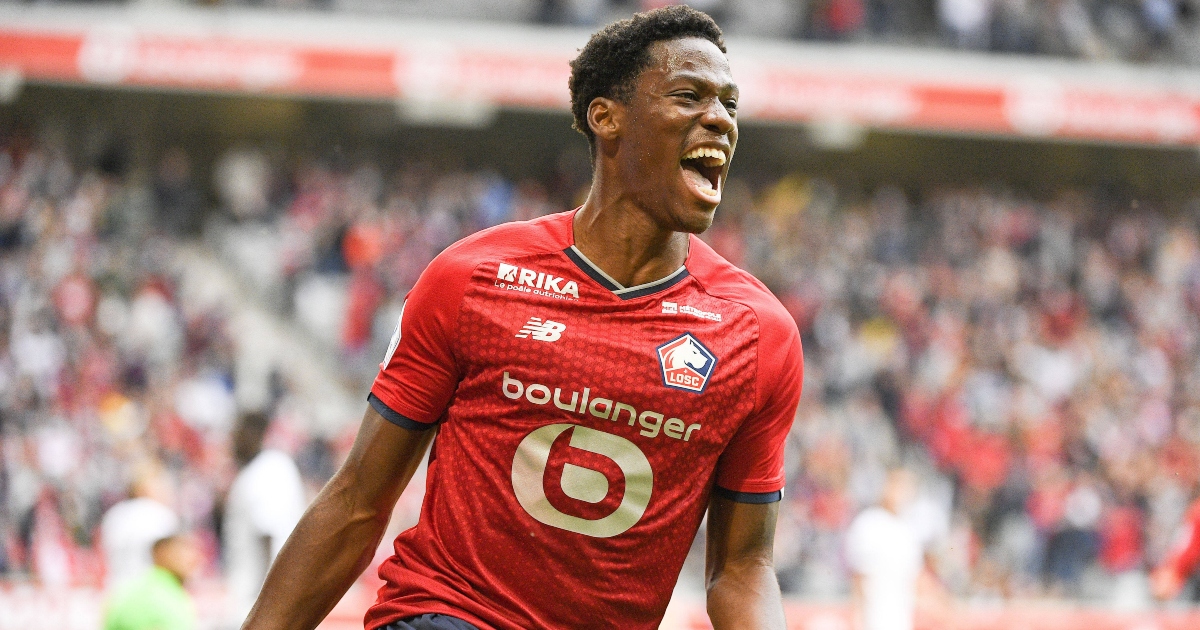 Arsenal are reportedly ‘ahead’ of Newcastle in the race to sign Jonathan David from Lille this summer.

The striker, who scored 13 goals in Lille’s title-winning campaign last term and has 12 further Ligue 1 strikes to his name this season, has been the subject of transfer speculation for some time.

Both Inter and AC Milan are said to have made moves for the 22-year-old, but have been put off by Lille’s €60m + bonuses valuation.

But Premier League pair Newcastle and Arsenal have also been linked, with Calciomercato (via Sport Witness) claiming Lille ‘rejoice’ at the possibility of cashing in on the Canada international this summer.

Newcastle are said to be in talks with the David’s representatives, but the report claims the Gunners are ‘ahead in dicussions’ to sign the former Gent forward.

David’s agent confirmed back in December that this would be his last seson in Ligue 1, despite being under contract until 2025.

And earlier this week, David talked of his desire to play in the Premier League.

“The most important thing for me is to finish the season and finish it well,” David said.

“What happens next, we’ll see. The Premier League? Yes, it attracts me, it attracts everyone. It is the most competitive Championship in the world. It’s a very nice championship.”

Meanwhile, Mikel Arteta expects the race to finish fourth in the Premier League to be a “rollercoaster”.

“The race will go right to the end,” the Spaniard said. “A lot of clubs are involved. We play at home and the importance of that will be crucial to get to our destination.

“It’s going to be a bit of a rollercoaster. There will be moments where there is a gap and other moments when a team opens a gap and they catch up. You will see the fixtures we have to play and it’s tricky.

“This is where we want to play and we want to be playing amongst the best team in the world. That’s what we want to do.”