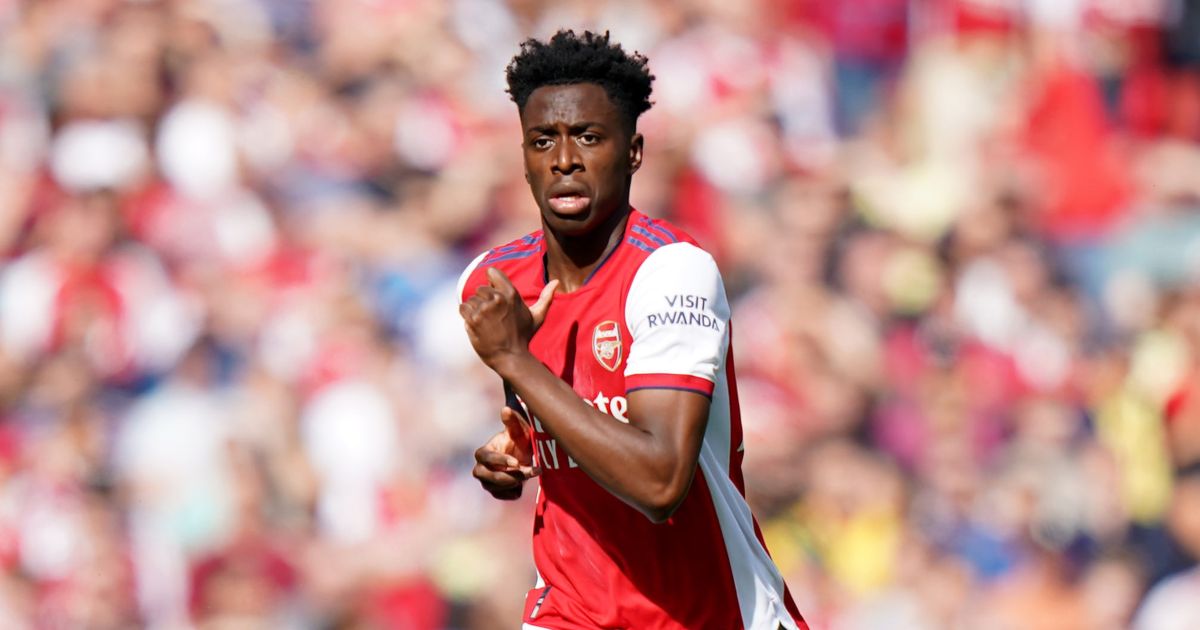 Arsenal midfielder Albert Sambi Lokonga says he couldn’t believe the amount of crosses Burnley put into the box in their “crazy game” at Turf Moor.

The Belgian signed for Arsenal from Anderlecht in the summer for £19m, along with five other players as Mikel Arteta looked to revamp his squad.

He has made a solid start to his time at the Emirates Stadium with Gunners fans pleased by what they have seen so far from the 21-year-old.

Arsenal have won their last two matches against Norwich City and Burnley 1-0 after a terrible start to the season that saw them lose their first three matches against Brentford, Chelsea and Manchester City.

Lokonga has played 271 minutes so far this campaign in the Premier League and managed 29 minutes off the bench against Burnley at the weekend.

But he has explained why he found the clash against Sean Dyche’s men “crazy”.

“It was a crazy game! They cross from everywhere and I was not used to it,” Lokonga told Frimpon on Twitter.

“People told me, ‘you’re going to see this is the real Premier League, typical English way to play’. I was not expecting this kind of play.”

His performances early in the season have already earnt Lokonga his first cap for the Belgium national team, playing 16 minutes in a 5-2 victory over Estonia.

And Lokonga has explained how to get the best out of him with the midfielder favouring the No. 8 and No. 6 roles.

Lokonga added: “I like to be No. 8 so I can attack and I can defend with more freedom, that’s what I like. But I also like [playing as] six so it’s difficult. I like both but the most important thing for me is to be on the pitch.

“It’s how the people are humble, you know. They are at a big club like Arsenal but they are so humble and they are so nice. I think everyone in the world needs to be like this, to be humble and to look after the guy next to him, and I think that’s what I like.”