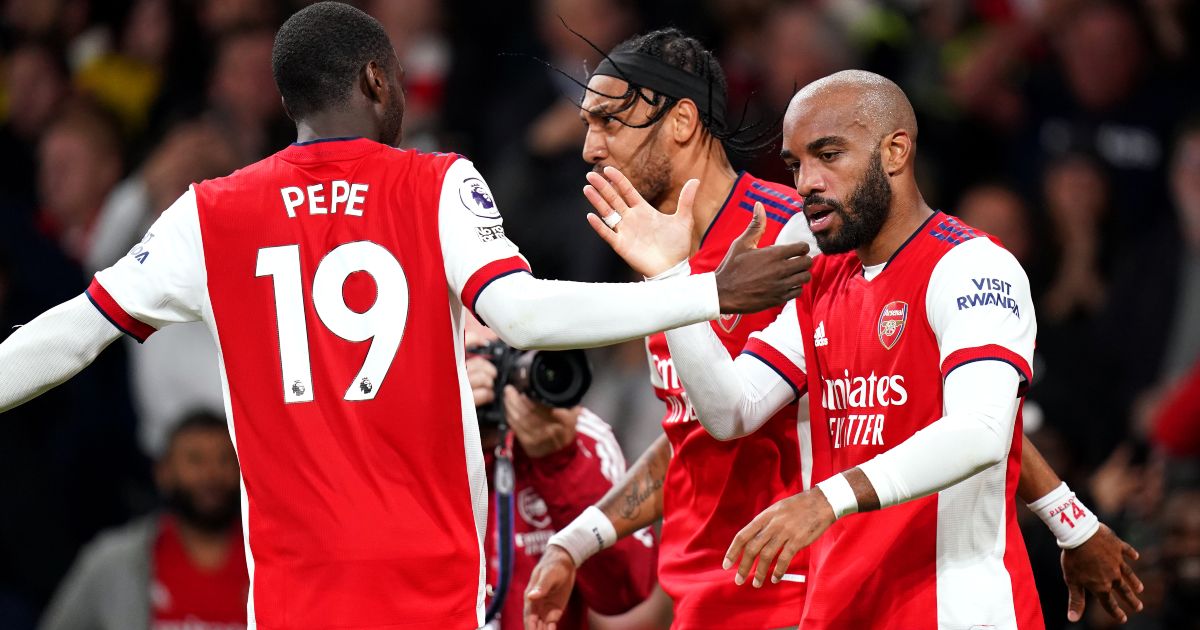 Arsenal forward Alexandre Lacazette has rejected the chance to join Newcastle United over their position in the Premier League table, according to reports.

The 30-year-old joined the Gunners from French giants Lyon in 2017 and has gone on to score 70 goals in 190 appearances for the north London club.

Lacazette, who is out of contract at the end of the season, reportedly earns £200,000 per week at the Emirates Stadium, with Arsenal reluctant to extend his deal on his current salary.

With little chance of renewing at Arsenal, reports linked Newcastle United AC Milan, Marseille and Atletico Madrid with a battle over his services.

Lacazette has previously talked about leaving the Gunners for a “beautiful project” elsewhere but that seems unlikely to be at Newcastle.

Italian website TuttoMercatoWeb claims that Lacazette has ‘decided not to marry the Newcastle project’ after ‘contacts between the parties in recent days’.

The Magpies offered the Frenchman €8m a year (£6.7m a year) to move to St James’ Park on a deal that would keep him at the Premier League club until the summer of 2025.

However, it is understood that Lacazette ‘has no intention of risking relegation’ by joining Newcastle and he is now likely to leave elsewhere at the end of the season.

Speaking about his future at the end of November, Lacazette said: “Of course, my agents are starting to look to the right and to the left.

Meanwhile, Mikel Arteta also spoke around the same time about the Arsenal striker’s future and outlined the importance of communication.

“He is not the only one, we have a few. That’s something we have to deal with, with contracts that they were coming from a few years ago, with certain particularities. We knew that was the case.

“I have already spoken with them individually about how we have to handle those situations the best possible way, and that’s it.

“It’s the situation that we have, whether you are concerned or not.

“Things have happened in the last few seasons for different players, where those possibilities are there. Sometimes the club has more control and sometimes the player has some more control.

“The important thing is that communication is clear, and the intentions of both parties, while they are together, are very clear.”