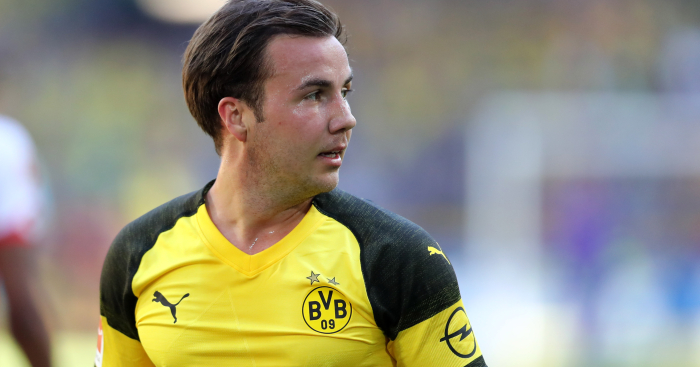 Arsenal, Everton and West Ham are among five clubs interested in Borussia Dortmund star Mario Gotze to the Premier League.

That is the claim of Sky Sports News, with Valencia and Marseille also said to be interested in the 26-year-old.

Gotze failed to make Germany’s squad for the World Cup having scored the goal that earned his nation the trophy in Brazil four years ago.

He returned to Borussia Dortmund two years ago after three seasons at Bayern Munich. Gotze has struggled to recapture the form that once made him one of the game’s hottest prospects but he still weighed in with a couple of goals and seven assists in 32 appearances last term.

Gotze has also been linked with Liverpool after speaking of his fondness for Jurgen Klopp but it is thought the Reds are not pursuing the playmaker.