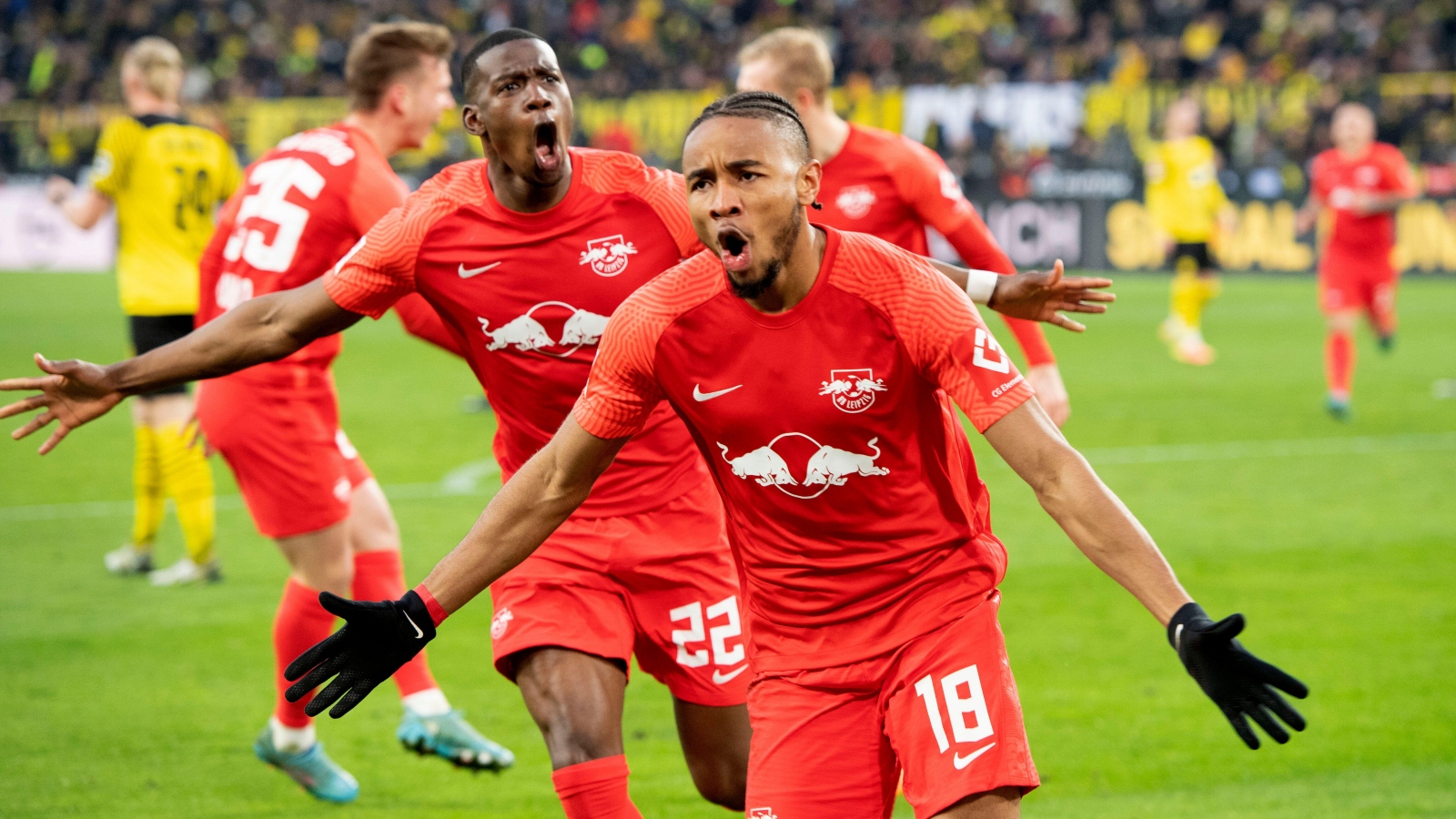 Arsenal, Manchester United and Manchester City are all ‘in the running’ to sign RB Leipzig attacker Christopher Nkunku, according to reports.

The France international has been in terrific form for the Bundesliga side this term. He has scored 27 goals and provided 17 assists in 40 matches across all competitions.

Man City are doomed and Luis Diaz impact is ‘unheard of’

According to Foot Mercato (via Sport Witness), Arsenal are one of many clubs looking at the possibility of signing Nkunku.

As well as the aforementioned Premier League trio, Barcelona, Bayern Munich and his former club Paris Saint-Germain are also interested.

Leipzig desire ‘over €70m’ to depart with the French attacker, who is under contract at the Red Bull Arena until 2024.

Arsenal will likely need to secure Champions League football for next season if they are to prise Nkunku away from the German outfit.

Their top-four pursuit took a hit on Monday night after they were comfortably beaten 3-0 by Crystal Palace at Selhurst Park.

Another Gunners target, Cody Gakpo, recently discussed the north London side, saying that he ‘likes Arsenal a lot’.

It was reported last month that Arsenal are among the Premier League teams interested in Gakpo. He is valued at around €40m by PSV.

The 22-year-old has been in fantastic form for the Dutch side this season. He has grabbed nine goals and 13 assists in the league from his 21 games.

He is expected to leave PSV this summer. He has revealed that he wants to play in the Premier League.

“The Premier League is a big league. Virgil van Dijk plays there with Liverpool so I like to watch them,” Gakpo told The Sun.

“We are not the same kind of league but I think we try to look at the Premier League and learn about it. Everybody wants to play one time in the Premier League. I don’t favour one team but I like Arsenal a lot.

“I looked up to [Thierry] Henry when I was younger because he was a tall guy who played on the wing.”