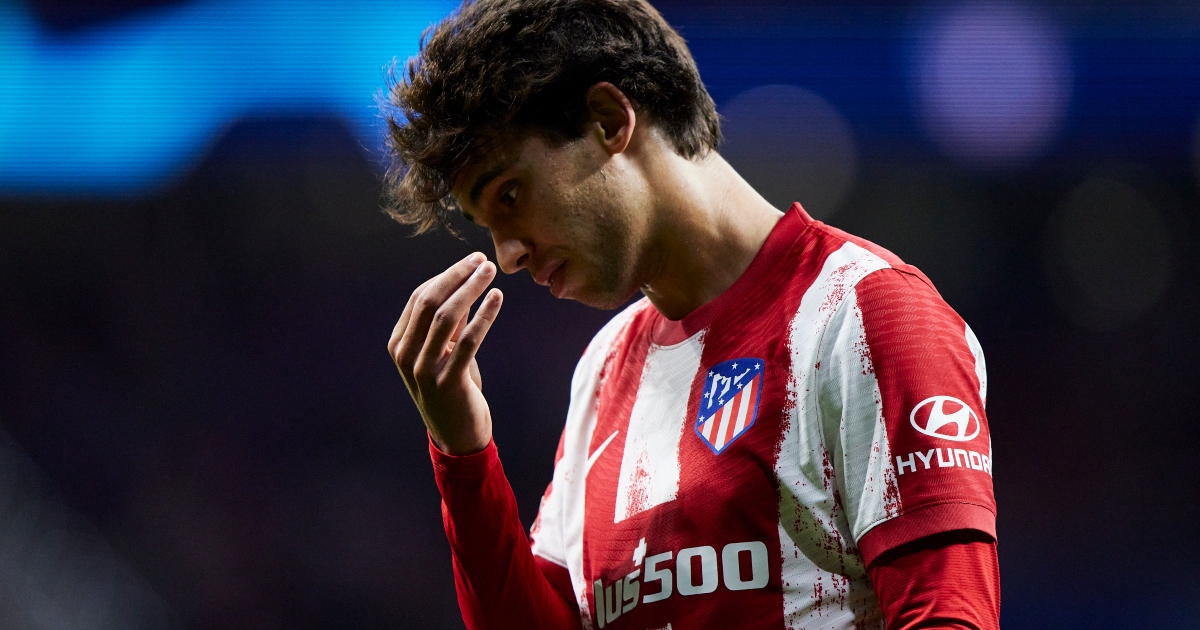 Arsenal and Newcastle have enquired about the availability of Atletico Madrid forward Joao Felix, according to reports.

Felix moved to the Spanish club in 2019 for a fee in the region of £113million but has failed to live up to his hefty price tag.

He scored seven and assisted six in 31 league matches last term as Atletico won their first La Liga title since the 2013/14 season.

The 22-year-old has started 2021/22 slowly, however, scoring one goal in 12 matches in all competitions, suffering a couple of injuries along the way.

Felix was an unused substitute during Atletico’s 3-1 win at Porto on Tuesday night as Diego Simeone’s men advanced to the last 16 of the Champions League in controversial fashion.

The Portugal forward’s departure from the Wanda Metropolitano has been hotly discussed within the Spanish media this week, with Cadena Sar (via Sport Witness) claiming he could leave in January.

The report says Arsenal and Newcastle are two of four Premier League clubs who have ‘asked’ about his situation.

The Magpies reportedly have the best offer for Felix, but the player is reluctant to join the north east club, who are in the middle of a relegation battle.

As well as the Geordies and Gunners, Manchester United and Liverpool are the other two clubs who could make a move for the former Benfica wonderkid next month.

Araujo broke into the Barcelona first team last season and has established himself as a key part of their defence this term.

Liverpool have also been linked with the 22-year-old, who’s valued at £22million according to transfermarkt.

But El Nacional (via the Mirror) claims that the centre-back has held discussions with Blues owner Abramovich who has ‘promised him an irrefutable contract’ and head coach Tuchel, who has ‘secured him a role as the undisputed starter’.