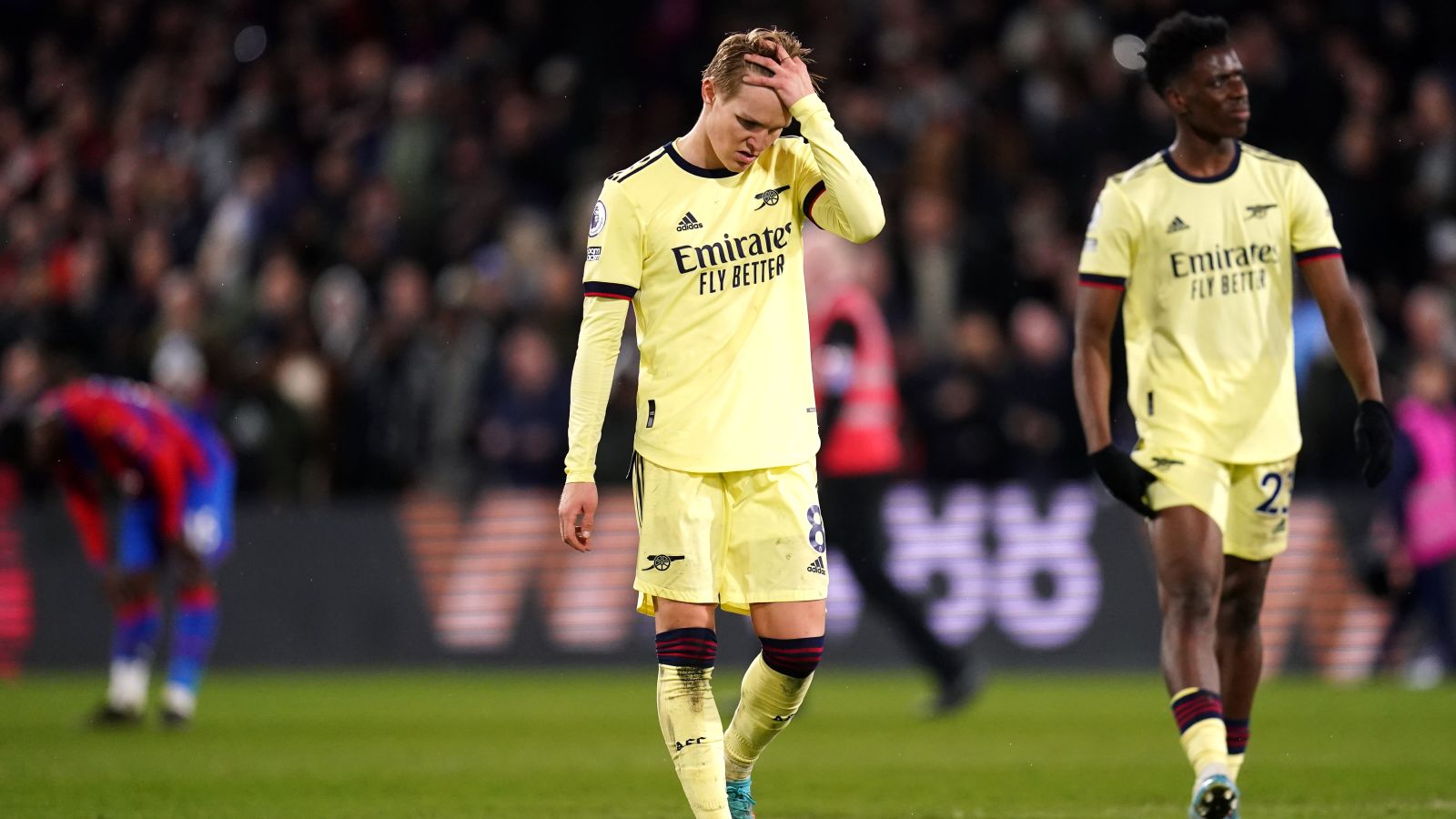 “It’s almost like no one wants that fourth place, I think that’s the inconsistency of the teams below Manchester City and Liverpool.”

Now, Wayne Rooney’s appearance on Monday Night Football was a good one. He was thoughtful, erudite and interesting. He was strong (though not sensational) when discussing what’s gone wrong at Manchester United, very good on Harry Kane and when talking about his Derby side you could clearly see why he’s proving critics wrong as a manager and making a mockery of the tabloid caricature that people have confused with the real person behind it throughout his career.

However, he did descend into weird bollocks for about four seconds so obviously that’s the bit we want to focus on. He – along with Jamie Carragher – was frustrated and annoyed by the inconsistency of the teams currently chasing fourth spot in the league after what was an admittedly quite startlingly, nightmarishly bad Arsenal performance in which not one player or the manager put in better than a 4/10 performance.

But the criticism of those teams chasing fourth felt wide of the mark. Obviously “no one wants that fourth place” is a gag, but it’s just not a particularly fair one. Yes, Spurs and Arsenal – and Manchester United and West Ham – are less consistent winning machines than Liverpool or Manchester City. That is very much the concept of a league. The very best teams challenge for the title, while those challenging for fourth are less good and those battling relegation actually quite bad. That is how this works.

That doesn’t itself absolve teams of criticism, of course. There is a valid argument that the inconsistency of Manchester United in particular is unacceptable when set against the resources available and their pre-season ambitions. Easy to forget now, but when the season began the top four was seen to be set in stone. There was even some talk that this year there could be a genuine four-way fight for the title. And even if there were to be an interloper breaking up that top four, Leicester seemed the better bet rather than teams who limped to seventh and eighth last season.

A quick glance at our pre-season predictions tells you as much. Now it’s always painful to do this because there are always some absolute horrors in there (Lukaku player of the season! A rejuvenated Dele Alli!) but six out of eight of us went for the obvious top four. And one of the exceptions was Will going for Leicester over Liverpool in an overtly foolish piece of contrarian attention-seeking.

Winty was able to have ‘Arsenal for top six’ under pleasant surprise, while this was also just about the only answer where I didn’t shit the entire bed, saying neither North London side would be ‘as grim as everyone seems to expect’ in finishing fifth and sixth.

Both sides are doing considerably better than they did in admittedly disappointing seasons last time out and more importantly better than pretty much anyone expected when the season began.

Failure to finish in the top four would now be a disappointment for either, because an opportunity has presented itself where both sides look at the table and see the only serious opposition for that fourth spot is now their cartoonishly flaky neighbours, but it would not constitute actual failure. Ambitions and targets shift and change as seasons progress, but neither could have expected to be where they currently are heading into the finishing straight.

Also – and this feels important – neither Spurs nor Arsenal are actually really inconsistent at all right now anyway, are they? Their results are entirely in keeping with sides good enough to challenge for a Champions League spot but not for the title. Arsenal had won five consecutive away games before their capitulation at Palace; Spurs have won five of their last six games, all five by at least a two-goal margin.

Both teams are picking up points this year at a rate entirely consistent with that expected of a team challenging for fourth. Viewed through anything more than Arsenal’s most recent game, both teams are also clearly on if anything an upward trajectory and finishing the season stronger than they started. This is where the ‘big six’ label is so often unhelpful. They get treated and judged as a group rather than on their own merits in their own specific moment. A few years ago Liverpool were exactly like Spurs and Arsenal are now; last year Spurs and Arsenal were exactly like Manchester United are now.

Arsenal and Spurs are inconsistent only in comparison to the two standout teams in the league going for the title. If they were as consistent as Liverpool and City, they would be in the title race with them. But they aren’t, so they’re not. Which is fine because nobody expected them to be.