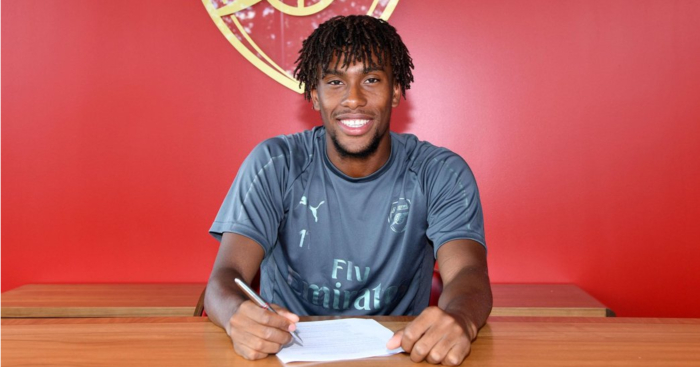 Alex Iwobi has signed a new contract at Arsenal, the club has announced.

Iwobi joined Arsenal at the age of 9, and had been rumoured to leave the club this summer after the arrival of Unai Emery.

Iwobi is not guaranteed a first-team place, but at the age of 22 has now committed to continuing his career at his boyhood club.

“I’m very pleased Alex has signed a new contract with us,” Emery said.

“He is a great example of a player who can succeed from the Academy through hard work and I look forward to working with him and our other talented young players in the squad.”

“To get an extended contract is an amazing feeling and I hope I’m doing the Arsenal family proud, as well as my family.

“The first kit that I had was Arsenal and long may I continue to represent them.

“I always realise that I have to be representing the team and giving 100 per cent at all times. It’s not just myself or my family I’m representing, I also represent the people and the younger generation as well.”