Home All The News Arsenal announce signing of defender Kolasinac 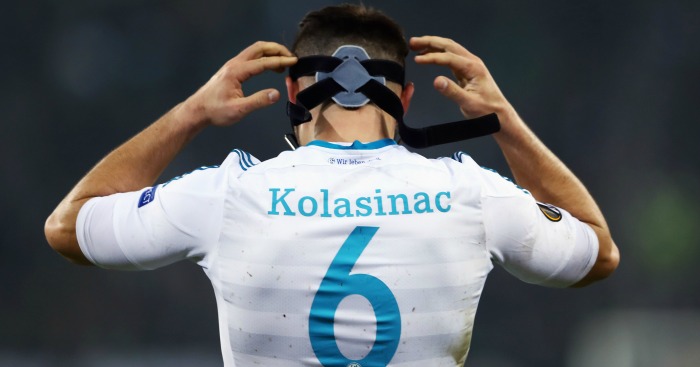 Arsenal have officially announced the capture of Schalke defender Sead Kolasinac on a “long-term contract”.

A statement on the club’s website confirmed the news that the Schalke man will join upon the expiry of his contract for free.

“Sead Kolasinac will join us this summer on a long-term contract,” it read.

“Subject to the completion of all regulatory processes, the defender will start pre-season training in July.”

The German-born defender operates at left-back and his arrival will throw into doubt the future of Kieran Gibbs, who has yet to negotiate fresh terms at the Emirates Stadium.

Kolasinac had reportedly been attracting the interest of Premier League rivals Chelsea and Everton but it has been understood for some time that a move to Arsenal was on the cards.

The announcement, made with a short statement on the club’s official website, makes Kolasinac the first new recruit for Wenger after he signed a new, two-year deal to continue as Arsenal boss.

Wenger, as well as chief executive Ivan Gazidis and majority shareholder Stan Kroenke, has targeted a run at the Premier League crown next season.

Arsenal will also participate in the Europa League having missed out on Champions League qualification for the first time in 19 years.

Kolasinac has experience of the Europa League and is likely to be competing against Nacho Monreal for a place in Wenger’s side.

The Gunners have been linked with a big-money move for Monaco forward Kylian Mbappe, while Henry Onyekuru – a forward currently at Belgian outfit KAS Eupen – has also been touted as a target.