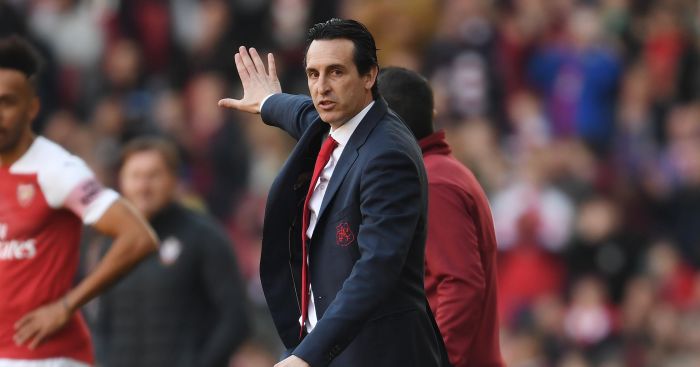 In an era of obsessive analysis of the game and rampant tribalism on social media, Premier League clubs and managers have never been under greater scrutiny. And so, as the points tally required to win the division rises while the rest of the Big Six bob alongside one another, the need for something to talk about has seen the gauge of success notably shift. Results are no longer the defining measure of a football club’s identity.

‘Project’ is an important buzzword these days, a concept that highlights the emerging importance of optimism – of believing in some transient idea of dynasty – to the modern fan. The thought that we are in an era of profitable stasis is a little too difficult to accept, which is why playing style, philosophy and perpetual growth are now vital tools to maintain our interest; to distract from the notion that Arsenal, for example, will float somewhere between third and sixth indefinitely, no matter who is in charge.

This explains why Maurizio Sarri’s Premier League stay is heading towards its endgame while Unai Emery is turning heads in north London, despite their respective clubs Chelsea and Arsenal being separated by just three points in the table. The former is stubborn and repetitive, which is to say deathly tedious in the age of project-building, while the latter’s incessant experimentation suggests hearty, organic growth.

There is something in the urgency of Emery’s movements on the touchline, in the anxious touches of the mouth as he prowls up and down, which reflects the obsessive tactical changes he has made since taking over from Arsene Wenger last summer. And while progress has been sporadic, there is no doubt Emery has maximised his transitional year, working tirelessly to explore every nuance of his playing squad and every inch of the Emirates turf. Essentially, Arsenal fans can see he is trying something, and that immediately garners support compared with the single-mindedness of Sarri. Or Wenger for that matter.

The story of the campaign is a little meandering, the plot losing its direction at times and the conclusions perhaps murky, but the through line amid all those formation changes (4-2-3-1, 4-3-3, 4-4-2, 4-3-1-2, 3-5-2, 3-4-2-1…) is consistent with Emery’s basic tactical beliefs. The core idea is to fuse sharp counter-attacking movements with possession football; pass out from the back to lure the opposition forward, and then break with direct incision into the spaces left behind them.

Laying traps, both in who/where to press and when/how to suddenly switch gears, is at the forefront of Emery’s mind, perhaps explaining why he so anxiously changes formation and personnel. And indeed the Spaniard’s first season at the club is as much defined by bizarre line-ups riddled with obvious errors as it is superb in-game tactical changes.

🤔 Good rotation, or can't make his mind up? pic.twitter.com/zSkK8LiOR2

As the year goes on his team selections have gradually become more consistent – the 4-3-1-2 with Aaron Ramsey at the tip of a diamond is now regularly selected, as is the 3-5-2 that adds solidity to an otherwise shaky defence – but weird choices remain commonplace. For some it suggests Emery is an over-thinker, but with Arsenal currently in fourth (and just three points short of Wenger’s points tally for the whole of last season) that opinion deserves revision. His trials aren’t random and knowledge is in fact accumulating under the surface; our simpler view of the game that he so infuriatingly ignores – “that worked, so do it again” – is being shown up by a deeper thinker, a true tactician.

And a wide-angle view of Arsenal’s season shows Emery continues to make tangible progress, even if the close-ups still regularly suggest chaos. Their main tactical flaw throughout the first few months, that of struggling to control the transitions as opponents broke straight through the middle, has slowly been patched up. Emery rarely fields two in the middle these days, instead toughening up the middle of the park with a third scrappy midfielder, while the gap between the back line and midfield has compressed neatly.

What’s more, Alexandre Lacazette, Ainsley Maitland-Niles, Alex Iwobi, Henrikh Mkhiatryan and Granit Xhaka have all made notable improvements under Emery, clearly benefiting from detailed tactical instruction and restricted freedom. Improving individuals is one of the clearest signs of a good coach, and of a project that is building momentum with the clarity of a singular vision.

Not that Arsenal are anywhere near stability just yet. It remains easier to highlight their weaknesses than their strengths, the most obvious being the disparity between Arsenal’s home and away records this season. Emery’s side have won just five of 14 league matches on the road, beating only Cardiff, Newcastle, Fulham, Bournemouth and Huddersfield.

Too often their tactical plans have disintegrated on unfamiliar terrain, the hosts’ willingness to sit deep and defend in numbers stunting Emery’s ability to counter and leading to aimless control of the ball in the middle of the park. The answer to this problem perhaps lies in adding variety to their attacking patterns.

Just as Liverpool improved their away record by switching emphasis onto the full-backs and increasing crosses into the box, so too Arsenal need to take pressure away from their forwards. Emery needs better players in the wide areas, particularly with Ramsey leaving in the summer and Mesut Ozil unlikely to ever come good under the current leadership.

On the flip side Arsenal’s home form is almost perfect, and it is at the Emirates that Emery’s ideology is clearest. At times games are won simply in the moments, Lacazette and Pierre-Emerick Aubameyang providing lethal touches in the penalty area during even contests, but more often there is a fluency to the possession, and a purposefulness to the pressing, that if replicated away from the Emirates would take the club to a level that was unthinkable 12 months ago.

It is worth recalling just how bad things got under Wenger, how lethargic and careless his management became over the final few years of his tenure. A post-Ferguson style collapse had been anticipated by many, but instead Arsenal installed the perfect antidote – a fastidious tactician whose perfectionism might lead to some bizarre decisions, to wild lurches between tactics, but ultimately has set the club on a path of creeping incline.

And that, in an era when success is measured in the optimism surrounding a project – in the comforting promise of future prosperity, however illusory – is all Arsenal fans could every really ask for.