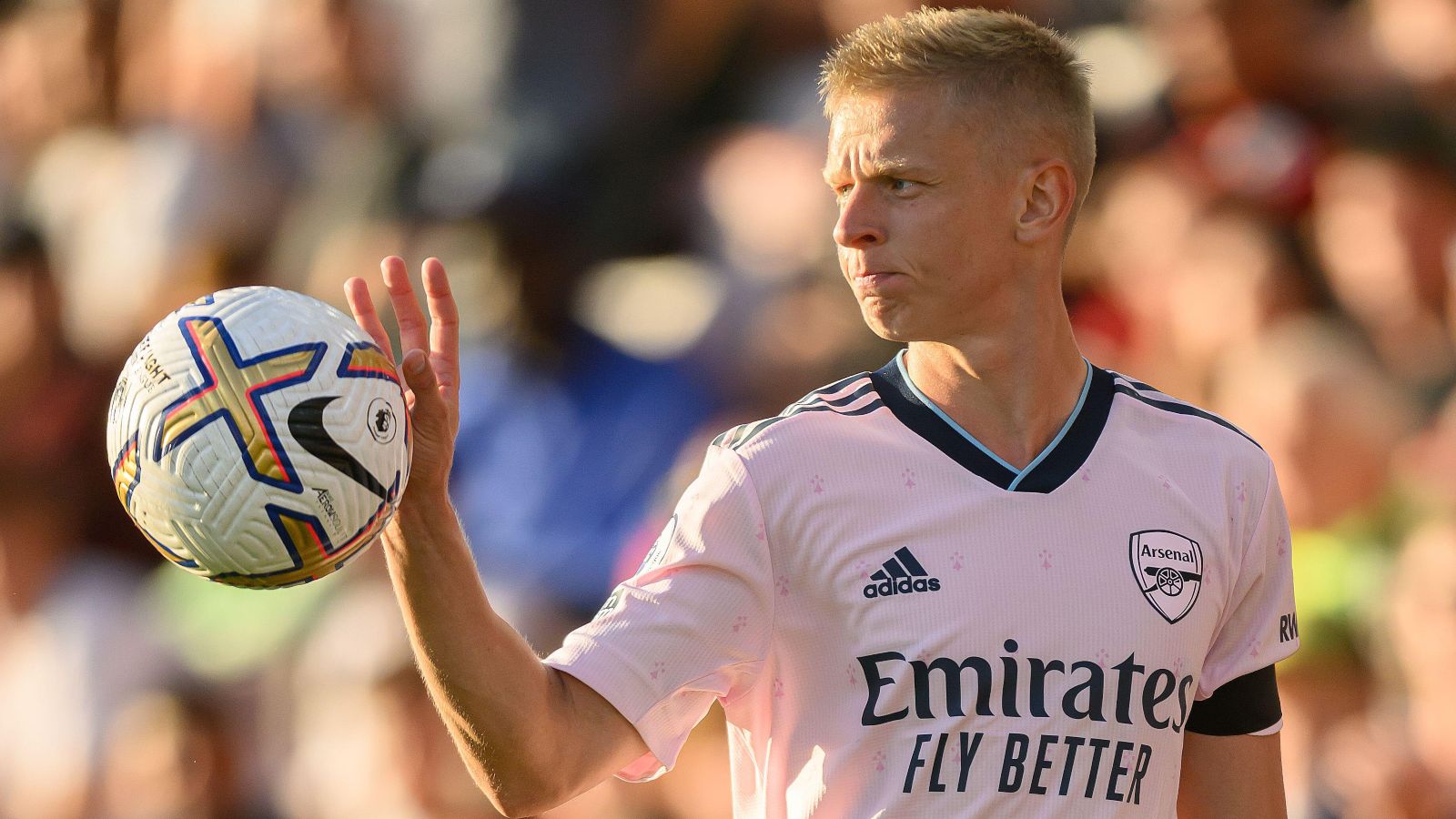 Arsenal boss Mikel Arteta has insisted the club has not yet decided on whether to play Oleksandr Zinchenko against Brentford on Sunday.

Ukraine didn’t select Zinchenko for their forthcoming matches this month and said it would take him at least two weeks to recover from a calf muscle injury he picked up in training.

“Oleksandr Zinchenko will not be able to help the blue and yellow during the September matches in the UEFA Nations League,” the Ukrainian FA confirmed on Friday.

“The Arsenal player suffered a calf muscle injury during training at the club which will require two weeks for treatment and recovery.

“Oleksandr immediately personally informed the head coach of the Ukrainian national team, Oleksandr Petrakov, of the unfortunate news by calling him. We wish Sashka a speedy recovery.”

However, Arteta remained coy on the issue and claimed that Arsenal have yet to make a decision on his fitness ahead of the match against Brentford on Sunday.

Arteta said in his pre-match press conference: “Well again we have to wait until tomorrow to make that decision. What we have decided to do for international week doesn’t mean it will be the same this weekend.”

When asked again about team news for tomorrow, Arteta replied: : “Unfortunately the update will be tomorrow after the last training session.”

On the importance of seeing Arsenal at the top of the table, Arteta added: “We have to win our matches. Everybody is going to play the same amount. It is always important. emotionally and in terms of belief it is helpful.”

Arsenal have won five out of their six Premier League matches this season, with a 3-1 defeat in their last match against Manchester United the only blemish on a great start to the new campaign.

On winning the Premier League Manager of the Month award, Arteta continued: “It’s great. It’s a sign the team is performing well, we are winning and is a consequence of that. Thank you to everyone involved at the club. Thank you to the players who are the ones making the differences. And to the supporters.”

Whether recent postponements following the death of Queen Elizabeth II would impact momentum, Arteta said: “We are always available to play but there are authorities to make the right decisions. We have adapted our schedule to be as competitive as possible.”

On the country’s response to the Queen’s death, Arteta added: “It is phenomenal what the country has done. It shows the level of respect and admiration [the public have for her] and the legacy the Queen has left. It was very emotional, coming from a different country and culture it was pretty special.”