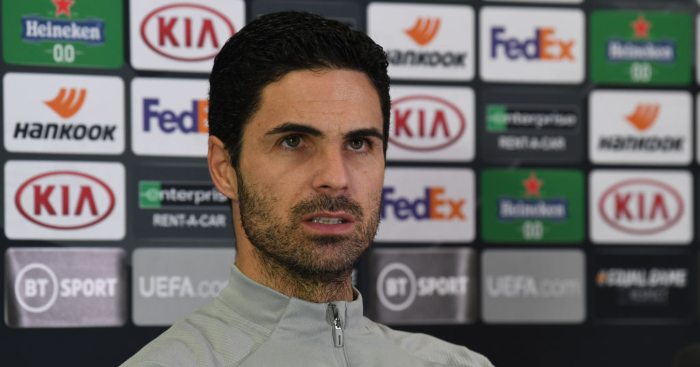 Mikel Arteta has responded to reports that William Saliba is ‘fed up’ at Arsenal by admitting he too is ‘fed up’ with the situation.

Saliba joined Arsenal from Saint Etienne in 2019 and was expected to play a key role this season having spent the last back on loan at his former club.

But he is yet to feature under Arteta and has been exluded from Arsenal’s Europa League squad, with reports claiming he is ‘fed up’ with the situation.

It is thought he was close to returning to Saint Etienne again on deadline day, but with the deal falling through Arteta admits the situation is less than ideal.

“I am fed up with the situation because as you could see we tried to find a way in the last few days [of the transfer window] to give him some football,” Arteta said.

“At the moment, with the amount of central defenders that we have in the team we had to leave him out of the squad which is painful because we have some injuries and we could have used him, but it’s part of this profession.”

When asked whether a loan move in January was a possibility, the Arsenal boss added: “Yes.

“We certainly tried in the last few days of the transfer window to find the right club and we had it, but at the end of the day we could not make it.

“We will review his situation in the next few weeks, sit down with him as well and see what is the best thing to do. But it will depend on him and other players’ situations as well.”