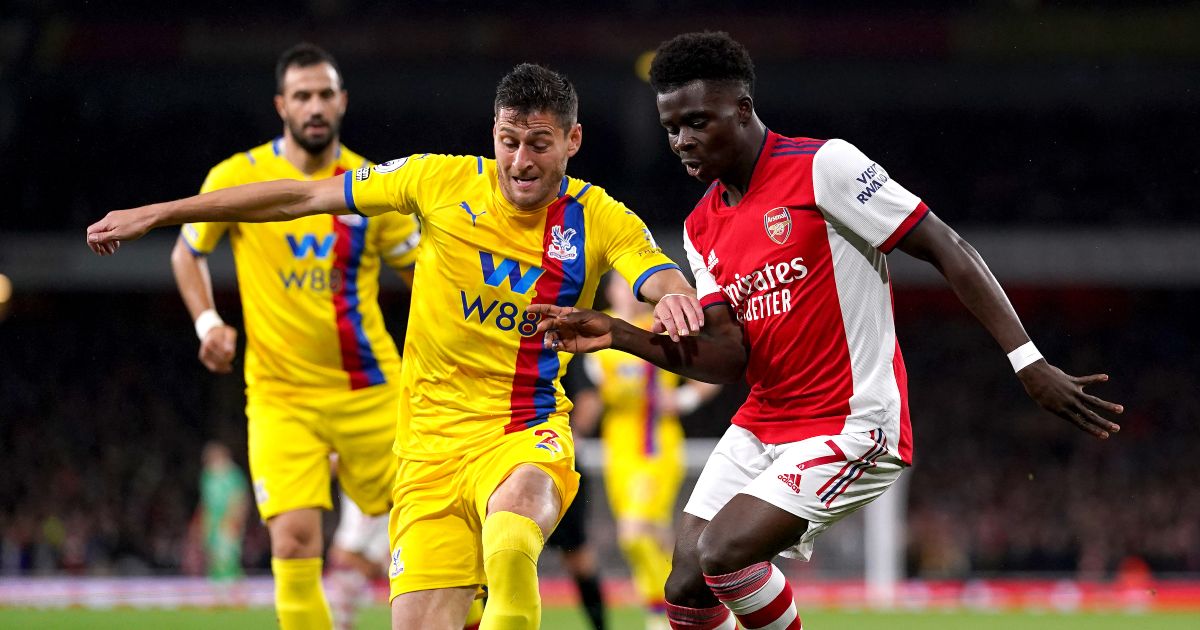 Arsenal boss Mikel Arteta says it’s “not acceptable” that VAR failed to give Crystal Palace midfielder James McArthur a red card for a challenge on Bukayo Saka over the weekend.

The Gunners led against the Eagles early on through Pierre-Emerick Aubameyang but Patrick Vieira’s side hit back in the second half when Christian Benteke and Odsonne Edouard struck.

It was left to substitute Alexandre Lacazette to secure a 2-2 draw with a last-gasp goal to leave Arsenal boss Arteta bemoaning the lack of VAR intervention at the end of the first half as Saka was kicked on the back of the calf by McArthur.

On whether Saka will be fit for their match against Aston Villa on Friday, Arteta told reporters on Thursday: “He hasn’t trained yet so we have to assess today and see how he is.”

Asked whether he had received an explanation over the decision not to send James McArthur off, Arteta added: “No. We had communications with the referees and the association to explain why they didn’t intervene in that action.

“When there is an obvious error they have to take action and they didn’t. For me that’s not acceptable.”

👔 @M8Arteta has arrived for his pre-match press conference…

Lacazette, whp brought an extra energy to Arsenal’s play when he climbed off the bench against Palace, is out of contract at the end of the current season and looks likely to move on.

The Frenchman is yet to start a Premier League match but Arteta has been pleased with his contributions. He said: “To keep doing what he’s doing. He had a good impact as well against Brighton. Since I’ve been here he’s played a lot and been important and he will continue to be important.

On Lacazette’s motivation, Arteta added: “I had no doubts about that and if I did I would probably have decided to do something different in the summer if the motivation was just his financial future. It’s not the case with Laca.”