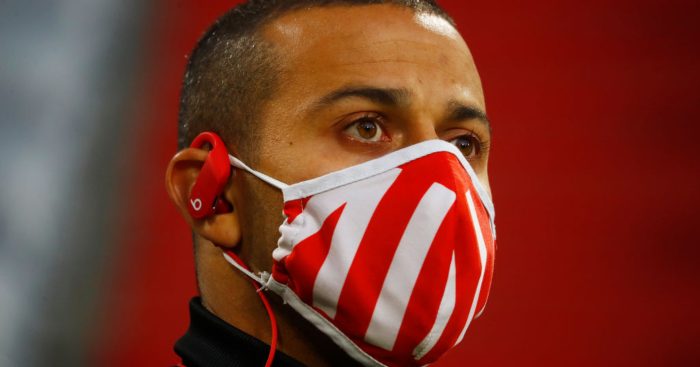 Arsenal have emerged as candidates to land Thiago Alcantara after Bayern Munich confirmed Liverpool are yet to make contact over a proposed move.

The Spain midfielder has been Jurgen Klopp’s top target all summer, however recent French reports claimed that the Gunners were also in the running.

French transfer expert Patrick Moreau claims that Mikel Arteta has even spoke with the player, as reported in the Daily Express.

Arsenal have turned to Thiago after seemingly giving up on a £45million deal for Thomas Partey, who they deem too expensive.

READ MORE: Leicester and some kind of transfer sorcery…

Thiago is set to leave Bayern Munich this summer after deciding not to sign a contract extension with the club.

The Champions League winners are loathed to lose the 29-year-old for nothing next summer and are ready to cash in.

The Bundesliga giants have already reduced their initial asking price of £31million to £25m because of the lack of interest.

The report adds that Liverpool remain the frontrunners for his signature. But Arsenal have been lifted by Bayern transfer chief Karl-Heinz Rummenigge’s admission over the Reds’ interest.

He said: “We always read a lot about Liverpool, but they haven’t contacted us yet.

“Yesterday we had the appointment with our employees and his whole family was there and they wandered around the square in great nostalgia (at the Allianz Arena), I would almost say. That looked a lot like goodbye, as if he had made up his mind.”