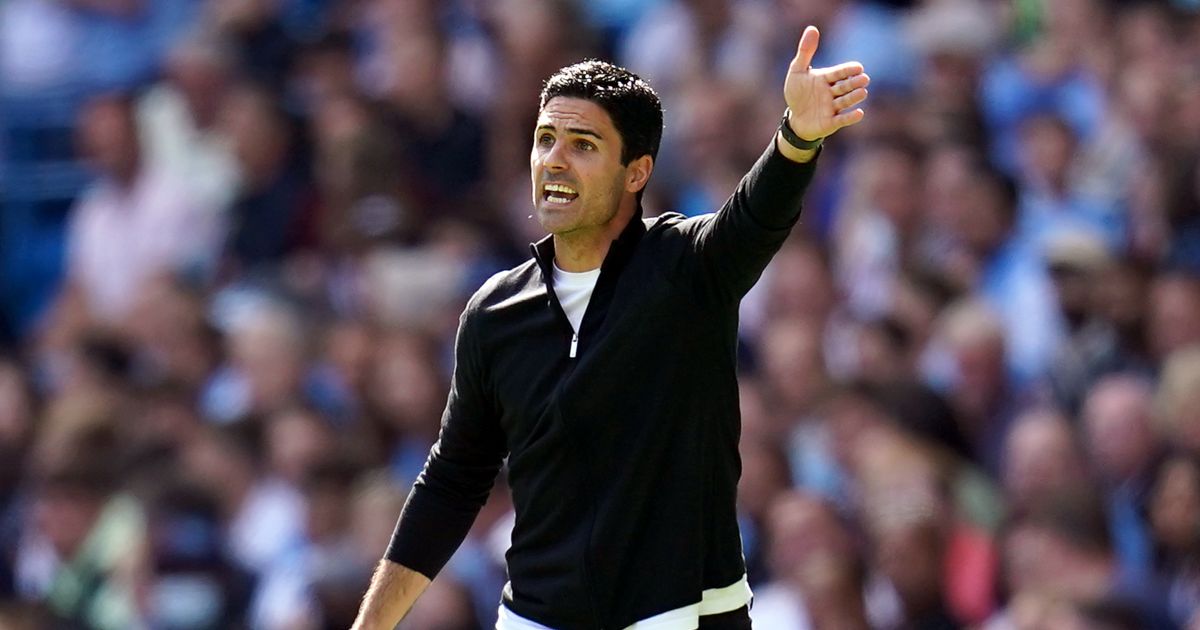 Mikel Arteta says now is the time for Arsenal to “reset” after “unheard of” changes to his squad.

The Gunners spent over £150million on new players this summer, with ten either leaving the club permanently or on loan.

Ben White, Albert Sambi Lokonga, Takehiro Tomiyasu, Aaron Ramsdale, Martin Odegaard and Nuno Tavares were all brought in as Arteta and director Edu continued their rebuild of the club.

MEDIAWATCH: Have England become ‘The Harry Kane team’ now too?

But having already been under pressure due to the money spent and having failed to qualify for Europe for the first time in 25 years last season, the current campaign could not have been worse for Arteta and Arsenal so far.

After an embarrassing 2-0 defeat to newly promoted Brentford on the opening day, they have since lost to Chelsea and Manchester City, failing to score a single goal in three games.

And Arteta admits they need to “win football games” to relieve the pressure.

He said in his press conference: “We have to reset now. We have to get everybody back on track and start to win football games which is what we have to do.

“We have tried to explain the project and the decisions that have been made over the last few months. The amount of changes in the past two years is almost 30 players.

“It’s a project that we believed in and we all take responsibility. Now we have to make it work.”

Arteta claims the situation they find themselves in, with a “completely different squad”, is “unheard of”.

He added: “We have a completely different squad. It’s unheard of. Now we have to make it work, we have to glide it together, build relationships, chemistry and understanding.

“We have to do that really quickly.”

The Arsenal boss also had some kind words for Hector Bellerin, who has escaped to Real Betis.

“He’s been a really important part of everything that happened at Arsenal in the last 10 years. He’s an exceptional player and incredible player, & he will be missed.

“He’s loved by everybody at the club. He needed a new challenge so we decided to let him go.”

Arsenal host fellow nil-pointers Norwich on Saturday, in what is surely a must-win game for Arteta.