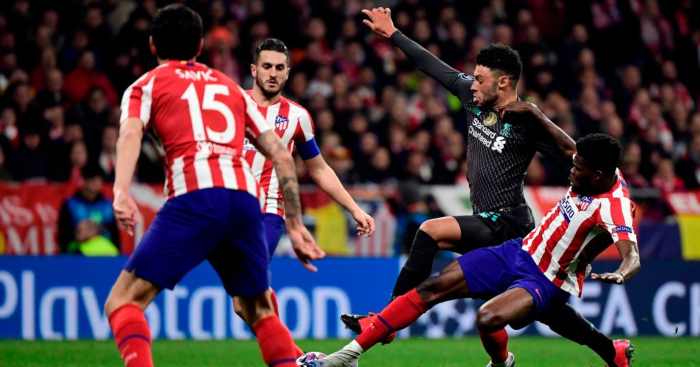 Atletico Madrid have offered Arsenal target Thomas Partey to Liverpool in a swap deal for Alex Oxlade-Chamberlain, according to reports.

The Ghana international reportedly has a €50m (£45m) release clause in his contract at Atletico with Corriere dello Sport recently claiming Arsenal have ‘€50m on the table’.

Partey has been consistently linked with a move to the Emirates Stadium over the last year or so and it had seemed like the Gunners were stepping up their interest with the Atletico midfielder’s dad saying that “the rumours are true”.

Despite those rumours in April that Arsenal made a bid of £45m for Partey, The Sun claim that Atletico ‘doubt they [Arsenal] can afford’ their midfielder and are instead ‘eyeing a straight swap for the Liverpool star Oxlade-Chamberlain’.

Liverpool are ‘unlikely to be open to offers’ for Oxlade-Chamberlain, who has just recovered from a long-term knee injury, but with concerns Arsenal ‘can no longer afford’ Partey the Spanish side are looking at other options.

Oxlade-Chamberlain has scored seven goals and provided his Liverpool team-mates with one assist in 30 appearances in all competitions this season.