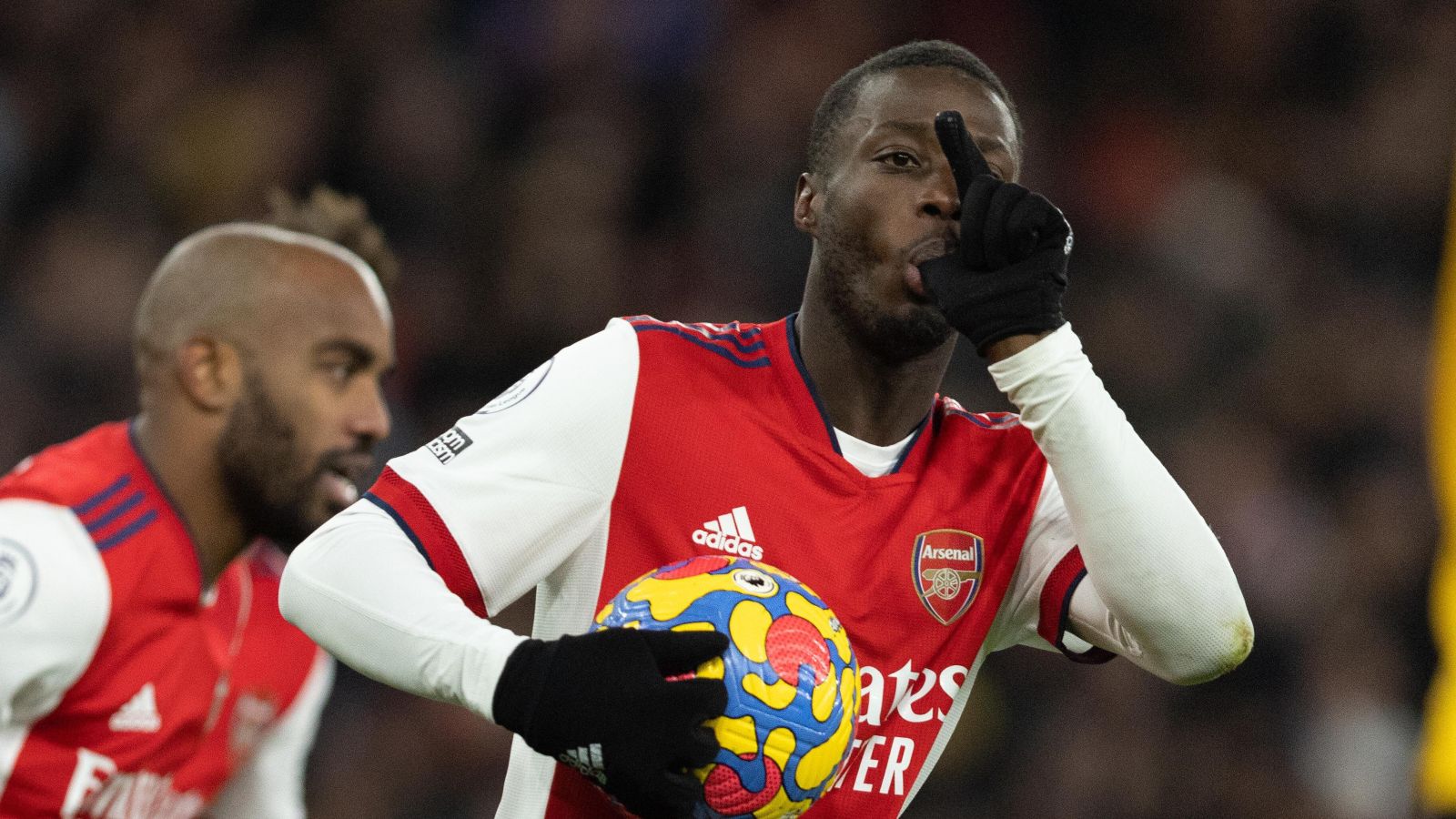 According to reports, Arsenal attacker Nicolas Pepe ‘wants to leave’ the club this summer and he has ‘hired a new agent to secure a move’.

Pepe enjoyed a successful spell in France with Lille prior to his move to Arsenal. He grabbed 22 goals and eleven assists in Ligue 1 for them in 2018/19.

This form tempted Arsenal to pay around £72m to sign him ahead of the 2019/20 campaign.

The Ivory Coast international has struggled to adapt to life in England. He has fallen down the pecking order this season as he has only started five times in the Premier League.

It was first reported back in January that Pepe was considering leaving Arsenal. His current contract is set to expire in 2024.

Football London are now reporting that Pepe has ‘hired a new agent’ in the lead up to this summer.

He is understood to have ‘instructed his agent to find him a new club’. The player is seen as ‘dispensible’ by Gunners boss Mikel Arteta.

Elsewhere, Arteta has insisted he does not have to tell his players what is at stake as they attempt to revive their fading Champions League hopes.

The Gunners entertain relegation-threatened Everton on Sunday knowing even victory might not be enough to secure a top-four Premier League finish after Monday night’s costly 2-0 defeat at Newcastle.

That left them two points adrift of arch-rivals Tottenham, whose superior goal difference means a draw at relegated Norwich, barring a cricket score at the Emirates Stadium, will be enough to keep their neighbours at bay.

A defiant Arteta said: “We will still have five days to prepare for that match. We know what we have to do.

“There’s not a lot of words that are needed after the performance.”

Asked if he had been let down by his players, Arteta said: “No, I am the maximum responsible [person] all the time.

“If somebody has created an expectation this year that no-one in this room probably would talk about at the start of this season, it’s those players that are there.”